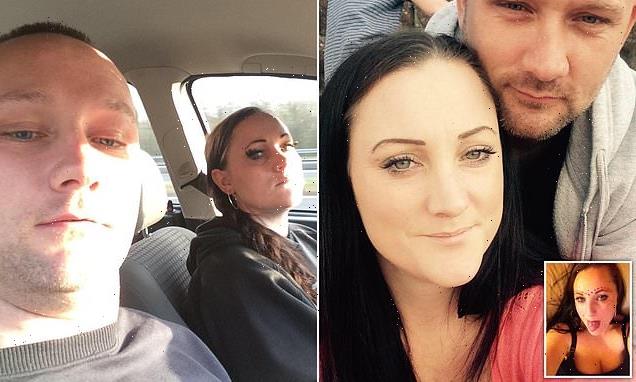 Single mother, 34, who was caught drug driving following a cocaine ‘blowout’ after her jilted ex and father of her three children was jailed for threatening to blow himself up in a gas explosion at their home is banned from the roads for three years

A single mother who was caught drug driving the night after a big ‘blowout’ has been banned from the roads for three years – two years after the father of her children threatened to blow himself up inside their family home.

Kirsty Wheldon, 34, was pulled over by police in her Ford Kuga at about 2am on June 6 when officers noticed she was ‘driving at speed and making sharp turns,’ Sefton magistrates court heard on Monday.

Officers suspected she was under the influence due to her erratic speech and a saliva test confirmed 19 micrograms per litre of cocaine in her system, which is double the 10mg limit of potential ‘accidental exposure’.

Wheldon pleaded guilty to the offence and was banned from driving for three years. 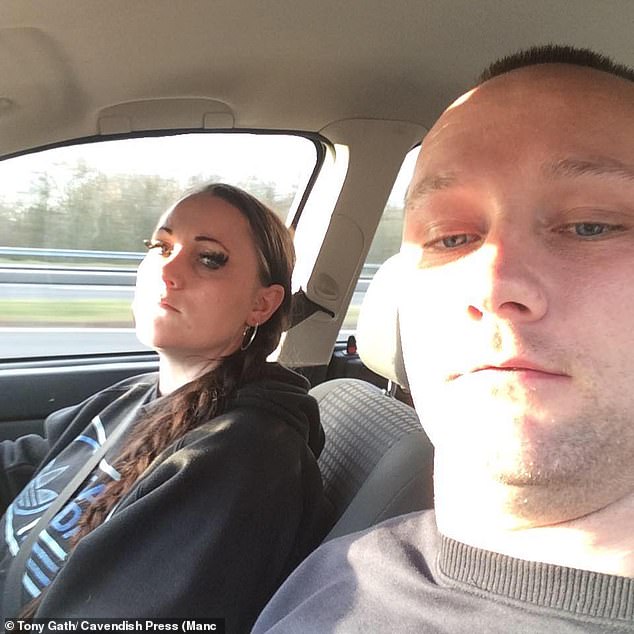 Kirsty Wheldon, 34, was pulled over about 2am on June 6 when police noticed she was ‘driving at speed and making sharp turns,’ Sefton magistrates court heard on Monday. Pictured with her ex, Tony Gath

Her lawyer Heather Toohey described the punishment as ‘extremely long’ and the court heard Wheldon had suffered a difficult few years after her ex and the father of her three children, Tony Gath, threatened to blow himself up in a gas explosion, barricading himself inside the family home and threatening to stab police.

Gath, now 41,  was jailed for two and a half years in May 2020 after he broke into Wheldon’s mid terraced house and turned on the gas cooker and vowed to ignite it when she dumped him.

Police and firefighters in Wallasey, Merseyside, had to mount a major security operation and evacuated neighbouring homes and a nearby school.

Meanwhile Gath remained inside the home threatening to harm himself and emergency crews, saying: ‘I have lost my kids, I have nothing to lose, stay back or I’ll stab you.’

He finally gave himself up following a three-hour siege after Wheldon pleaded with him to surrender. 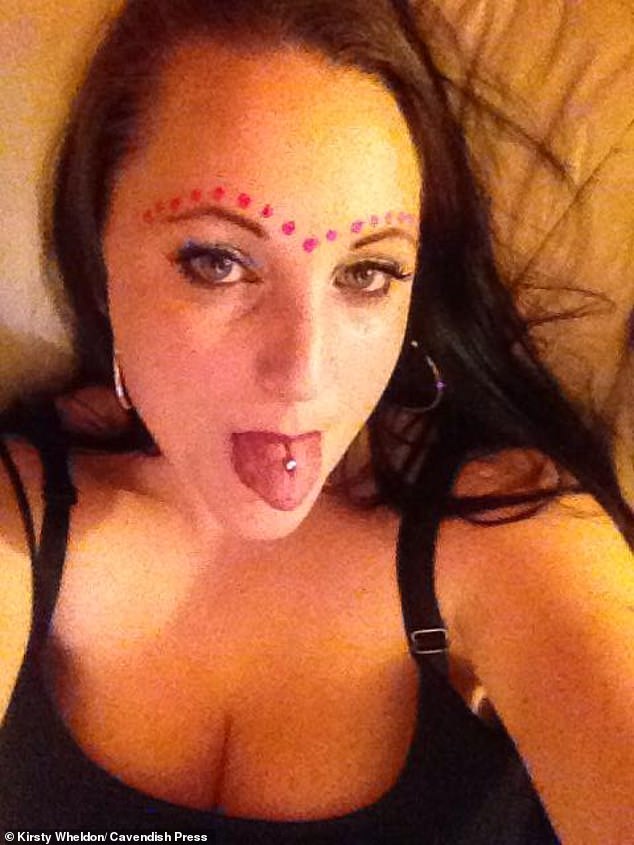 The court heard Wheldon had a tough few years after her ex and the father of her three children, Tony Gath, threatened to blow himself up in a gas explosion

In the two years since the incident, Wheldon has since lost custody of the three children and they now live with their grandmother 40 miles away, the court heard.

Defence lawyer Ms Toohey said the children were removed from their mother’s home four months ago due to a domestic relationship with a different man.

That relationship has since ended as she ‘tries to put her children first’, the court heard.

‘As you can imagine, it’s been an extremely difficult year for her. They are not allowed to live with her for safeguarding issues,’ Ms Toohey said.

‘She does not accept that she was under the influence of drugs. The evening before, she’d had a big night out. She accepts that she had a big blowout. It had been an extremely stressful last four months.

‘Her remorse is reflected in her guilty plea.’ 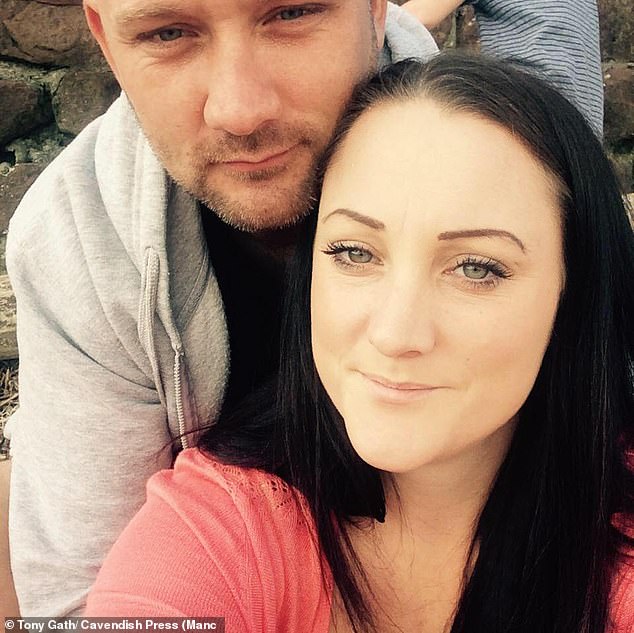 Gath, now 41, was jailed for two and a half years in May 2020 after he broke into Wheldon’s mid terraced house and turned on the gas cooker and vowed to ignite it when she dumped him. Pictured: Gath and Wheldon when they were still together

Clare Oliver, prosecuting, said a roadside saliva test was conducted at the time she was pulled over before she was taken into custody to give a blood sample.

Ms Toohey acknowledged Wheldon had used cocaine recreationally and ‘has done in the past’, and now understands how long it can remain in a person’s system after use.

She said drug use ‘is not an issue’ for Wheldon, who also lost her licence for 12 months in 2019 for a different drug driving offence.

The court also heard how the three-year licence suspension would impact Wheldon, who relies on her car to visit her children each week. 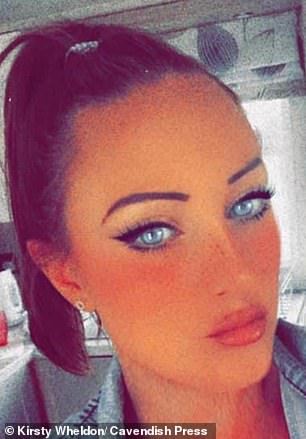 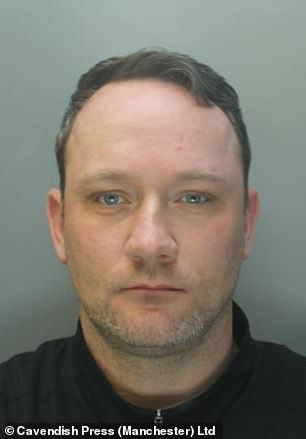 Gath and Wheldon had originally broke up in July 2018, then rekindled their romance in early 2020 but it only lasted a week

‘A road ban means she won’t be able to go to the caravan every week where she takes and sees the children. They live on the other side of Preston and in an area only accessible through driving. It is going to have a huge impact. They are all that she lives and cares for and three years is an extremely long time,’ she said.

Wheldon was also fined £120 and ordered to pay £154 in costs and a victim surcharge.

Gath and Wheldon originally broke up in July 2018, before rekindling their romance in early 2020 – but that relationship only lasted a week.

When he was jailed at Liverpool Crown Court in 2020 a judge accepted he had been depressed at the breakdown of his relationship but said his behaviour was ‘completely self-centred’ and an ‘immature out-pouring of self pity’.