Heartbroken mother, 21, calls for tougher sentences for baby shaking killers amid fears her ex-boyfriend could serve just over two years for killing their six-month-old son 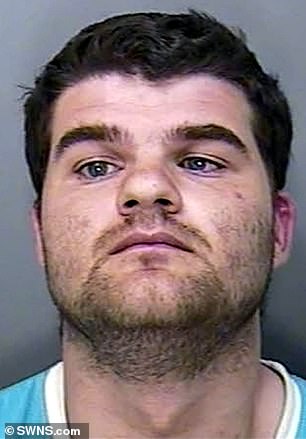 A young mother is calling for tougher sentences after learning her baby’s killer could be released from prison after less than two years.

Aisha Harris, 21, is ‘terrified’ at the prospect of her ex-partner, Lee Sweet, being released from prison.

Sweet was convicted of the manslaughter of their six-month-old son Ruben in 2017, and was jailed in June 2018 for five years and four months.

The 27-year-old left baby Ruben with ‘catastrophic brain damage’ after shaking him to death – and never gave as explanation as to why he did it.

A doctor said Ruben’s injuries were ‘akin to a car crash’.

Sweet, who had always denied his innocence, only admitted what he had done when he was arrested in May 2018.

Ms Harris said Sweet’s sentence ‘feels like a slap on the wrist compared to what she is living with’ after learning he could be released from prison next year.

Sweet shook baby Ruben Sweet-Harris to death and was jailed in June 2018 for a total of five years and four months.

Ms Harris, from Plymouth, Devon, has now launched a campaign to set a minimum 15 year tariff in cases where the offender kills a child through shaking. 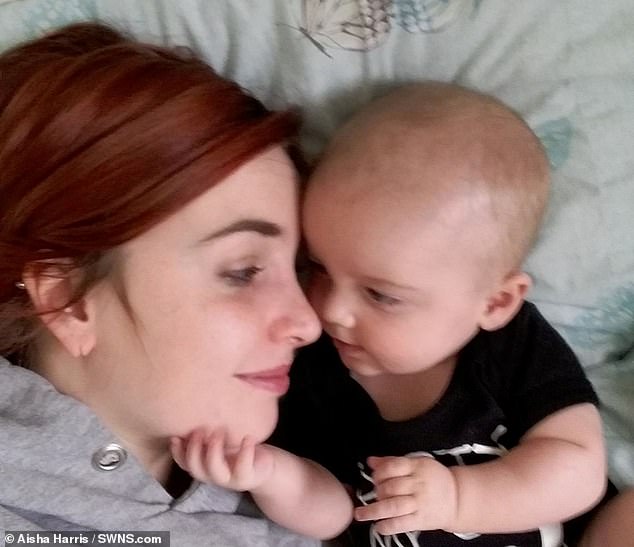 Aisha Harris with six-month-old baby Ruben, who died in May 2017 after Sweet left him with ‘catastrophic brain damage’

Ms Harris, who is a college student, said: ‘Lee’s sentence feels like a slap wrist compared to what we’re living with as a family, we’ve been let down by the system.

‘Losing Ruben has been life destroying. It still feels like I’m imagining it. It feels like a weird kind of dream and that I’m going to get him back and all this hasn’t happened.

‘I’ve set up the campaign to try and stop others going through the heartache of losing a child and then dealing with the justice system.’

Sweet, who was convicted in June 2018 could leave prison early as 2020 leaving Aisha petrified that she could even bump into him back in Plymouth.

Ms Harris added: ‘We’re worried about him being released. We feel like he could come back here and that we could bump into him. What happens if I see him in the street?

‘How can I walk around pretending that things are fine when I know I could bump into him.’

Ms Harris and her family have now set up a campaign to force a change in the law to set a minimum 15 year tariff in cases where the offender kills a child through shaking.

She said: ‘If we can a make a change in the law then maybe some good can come from this and families can get justice, they won’t feel like their child was died for nothing.’

Sweet, who had been in a relationship with Aisha and was Ruben’s father, was left alone with the baby for a period of time in May 2017. 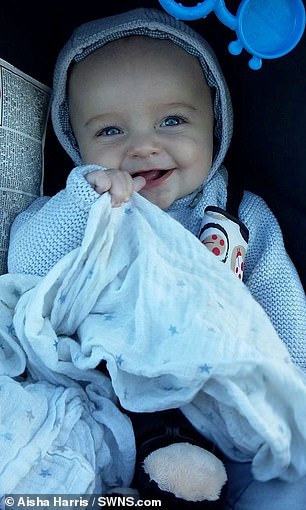 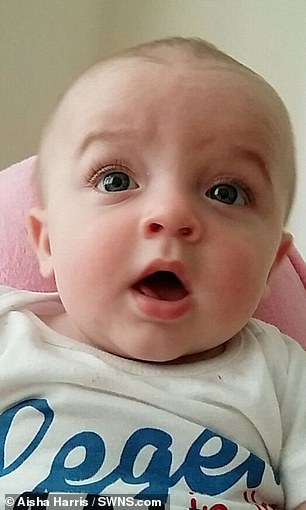 Sweet, who had always denied his innocence, only admitted what he had done when he was arrested in May 2018 and was later sentenced at Plymouth Crown Court. Pictured, baby Ruben

The following morning Aisha awoke to a phone call from Sweet. She said: ‘He said that there was something wrong with Ruben but he wouldn’t go into details.

‘When I arrived at his there was an ambulance outside the house. My world fell apart. It felt like a nightmare.’ 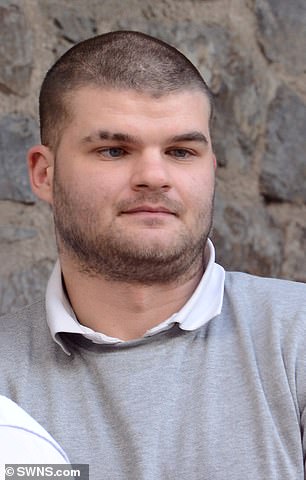 Sweet killed Ruben when he was left alone with him

Ruben was taken to Derriford Hospital and later to the Paediatric Intensive Care Unit in Bristol where doctors battled to save his life for three days.

Ms Harris said: ‘It didn’t even cross my mind that he’d do anything like that. We’d only got back together the Thursday before Ruben died.

‘Lee was sat next to me the whole time, he was really calm. Looking back I think it’s so disgusting that he was sat there watching what he had done.

‘He kept saying that Ruben would be OK.

‘When the police said that he could have been shaken Lee kept swearing and saying ‘how could you think it was me’?

‘He was behaving almost as if nothing had happened.’

Ms Harris was eventually told by doctor’s that Ruben had suffered catastrophic brain damage and that there was little they could do for him.

After three days of fighting, she decided that Ruben had suffered enough and decided to switch off his life support.

She said: ‘I held him an hour before he passed. It was terrible. The one thing you want to do as a parent is to tell your child everything was going to be alright.

‘It was completely devastating, there’s no words to describe the pain I felt. Even during the worst time of our lives I thought something would kick in and he’d pull through.’

What are the sentencing guidelines on manslaughter?

Unlawful Act manslaughter is the most commonly prosecuted form of manslaughter and includes deaths that result from assaults where there was no intention to kill or cause very serious harm.

It can involve a situation where two friends briefly argue and one pushes the other causing him to fall and hit his head with fatal results.

It could also involve someone going out looking for a fight and attacking someone forcefully but not intending to kill.

This type of manslaughter carries a sentence from 1-24 years in jail.

The court will take account of any potential reduction for a guilty plea in accordance with section 144 of the Criminal Justice Act 2003 and the guideline for Reduction in Sentence for a Guilty Plea.

Ms Harris said Sweet has never offered an explanation to her for his crime.

She said: ‘I still don’t know why. He’s given us no answers and he hasn’t tried to apologise. I want to know why he did it.

‘I loved him. He betrayed Ruben and I. He was Ruben’s dad and when Ruben went to his dad’s he was meant to be safe.’

Ms Harris added that Ruben’s death has taken a horrific toll on her and her family.

She said: ‘It’s broken a lot of us. After Ruben died I didn’t even see the point of being here. I felt like I’d failed as a mum and that I hadn’t made sure my son was safe.

‘Sometimes there are days where it feels like I didn’t have a child.. Some days when I’m positive I think of Ruben and feel guilty. I feel like I should be grieving all the time.’

A Ministry of Justice spokesperson said: ‘Any case involving the death of a child is tragic and independent judges already have the ability to sentence someone to life for manslaughter.

‘They make sentencing decisions using the relevant guidelines taking into account the facts of each individual case.’