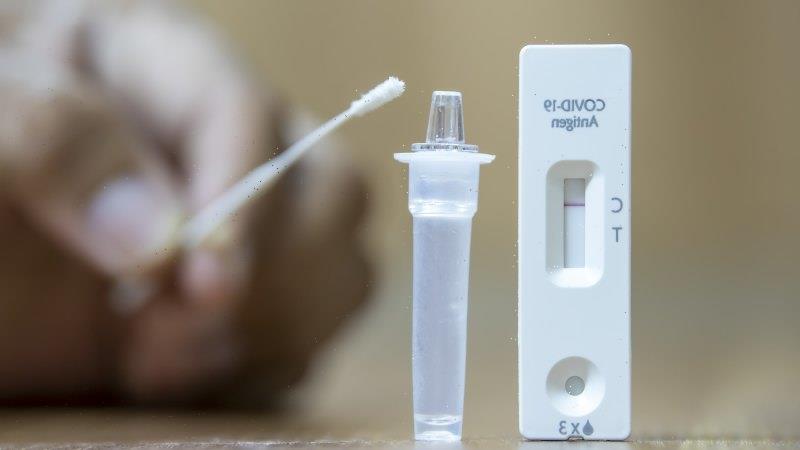 Victorians who need disability support will receive free Rapid Antigen Tests under a state government program to deliver two million devices to people over the next three months.

The federal government is under pressure to match Premier Daniel Andrews’ pledge, with Australian of the Year Dylan Alcott renewing calls for a nationally consistent program of free RATs for those with disabilities. 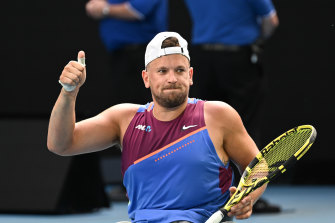 Dylan Alcott at the Australian Open this year.Credit:Eddie Jim

Mr Alcott unveiled the Victorian government’s promise in a video tweeted by Mr Andrews on Thursday afternoon. The program, starting this Saturday, will see up to 20 RATs made available at a time from testing sites and through disability liaison officers.

This is the first Victorian program to provide free RATs to those with disabilities. At present, Australians with a pension, Commonwealth seniors, veterans’ affairs, health care or low income card can access up to 10 free rapid antigen tests over three months. School students have also received free RATs throughout term one, which ends on Friday.

To receive the free RATs under the Victorian scheme, recipients must be 16 and over and prove they are NDIS participants or receive disability support pensions.

The program will initially run as a three-month trial, with a review to determine whether it should be extended.

Mr Alcott said in the video that he asked the Premier for extra support for the one in five Victorians who live with disabilities who face a greater risk of hospitalisation and serious illness if they contract COVID-19.

“I called Dan, I was like, ‘mate, we need to do something so these people feel a little bit safer’,” he said in the video. “So today we are announcing free RAT tests for all Victorians with disability.

“Dan and his government wanted me to be the first person to tell you.”

It comes one month after Mr Alcott wrote to the Morrison government and all state and territory leaders asking for free rapid antigen tests and N95 masks for people living with disabilities.

“What the disability community really needs is the federal government to step up and provide a national, consistent solution on access to no-cost RATs and masks for people with disability,” he said.

“I thank Premier Andrews and the Victoria Government for doing all they can do, and I’m happy to discuss how we can do this in other states and territories with their leaders.”

Mr Andrews said the free RATs would provide more safety for vulnerable people as they approached the winter months.

“This virus doesn’t discriminate, but its effects are felt more harshly by the most vulnerable among us, including Victorians living with disability.”