More than 3.5million over-50s had operations or treatment on the NHS cancelled during the first lockdown, a devastating report reveals today.

Widespread disruption to hospital services was felt hardest by the oldest and those in the worst health, according to a leading economic think-tank.

Almost a quarter of those wanting to see their GPs said they were unable to, leading to worries over their long-term health.

And three out of four needing community health and social care including dentists, counselling or personal care went without during the coronavirus peak.

The Institute for Fiscal Studies report paints a bleak picture of routine healthcare during the first wave, just as England enters a second national lockdown. 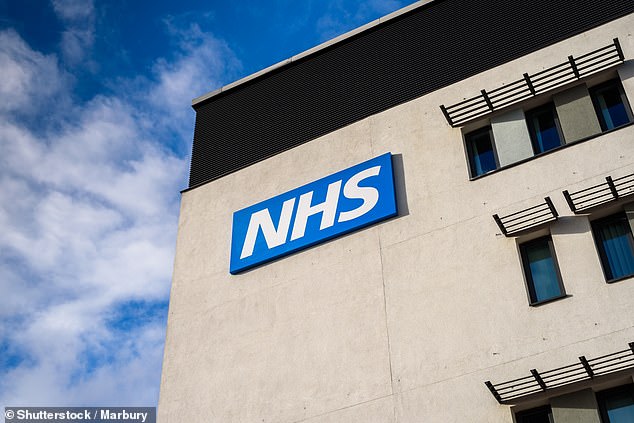 More than 3.5million over-50s had operations or treatment on the NHS cancelled during the first lockdown, a devastating report reveals today (stock image)

Patient groups said the findings supported the ‘chilling statistics’ of a sharp rise in the number of older people dying in their own homes.

They warned the country’s health cannot afford for such widespread disruption to happen again, with more than four million already on the NHS waiting list.

Caroline Abrahams, charity director of Age UK, said: ‘These are depressing findings that reflect what we have also heard from many older people, and it’s really important we do better during this second wave of the pandemic.

‘We fear that these findings help to explain one of the most chilling statistics from the pandemic – the sharp increase in the numbers of older people dying at home.’

Rachel Power, chief executive of the Patients Association, said the report was more ‘heavyweight evidence’ of the disruption caused by halting many NHS services and urged greater use of Nightingale hospitals to protect services.

She said: ‘Every effort must be made to maintain care and treatment, as far as possible, for all patients, to minimise the chances of a repeat of the devastating impact of the first service shutdown.’ 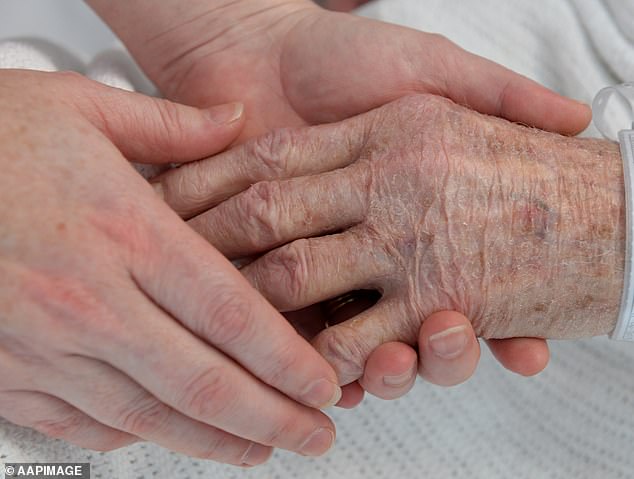 Widespread disruption to hospital services was felt hardest by the oldest and those in the worst health, according to a leading economic think-tank (stock image)

The report found a sixth of the over-50 population in England – 3.6million people – had some hospital treatment cancelled between February and May.

Hospital cancellations were most common for those who regularly need treatment, older people and those living in more deprived areas.

One in seven of those who reported needing a GP and more than a third wanting community care did not even attempt to contact these services, suggesting they were either scared of catching the virus or did not want to be a burden.

Pharmacists, however, seemed unaffected with less than one per cent reporting problems accessing their regular medication.

The report comes as the country starts a second lockdown following a resurgence in virus cases. Health leaders have vowed to protect non-Covid care this time around. But the authors question how achievable this will be, as virus cases surge ahead of winter.

Isabel Stockton, a research economist at the Institute for Fiscal Studies, said: ‘As we move into another lockdown, it will be crucial to ensure access to routine care is maintained as much as possible and that a plan is in place to address care backlogs built up in the first few months of the pandemic.

‘Without this commitment, we risk entrenching existing health inequalities for years to come.’

Professor Martin Marshall, chairman of the Royal College of GPs, said doctors have been working ‘incredibly hard throughout the pandemic’ and had transformed the way care was delivered to reach the majority of patients.

But he said workforce pressures facing general practice before the pandemic ‘are still a reality’ with fewer fully trained, full-time GPs working than a year ago.

An NHS spokesman said: ‘As this report shows, during the first wave hospitals were forced to pause some routine care to concentrate on treating severely ill Covid-19 patients, while also ensuring 126,000 people started treatment for cancer between March and August.

‘Since then hospitals have been maximising their routine care, with a threefold increase. The NHS also brought extra services to people’s homes – making up to 10,000 chemotherapy doorstop deliveries between March and May.

‘But as this report rightly points out, significant numbers of people were put off seeking help, which is why the NHS is urging the public to come forward for care.’