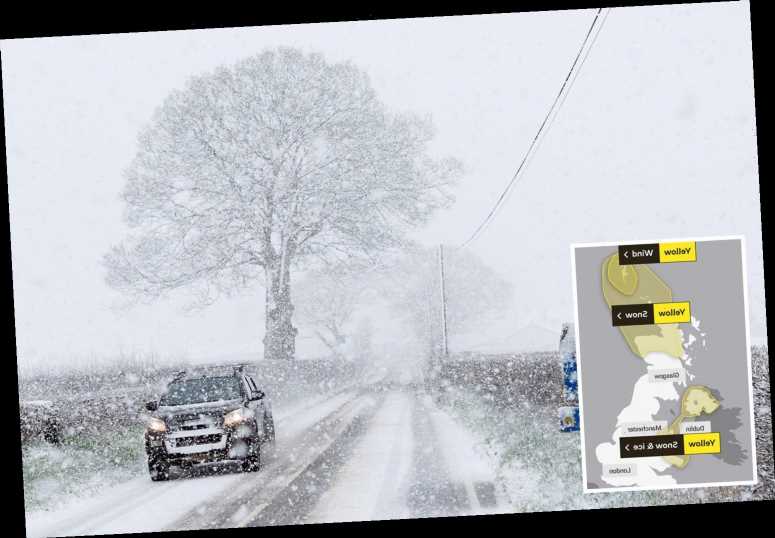 MORE snow is on the way today in a -8C DEEP FREEZE, with the Spring cold snap set to continue all week.

The Met Office has issued three weather warnings today for snow, ice, and wind – as Brits are battered by wintry showers. 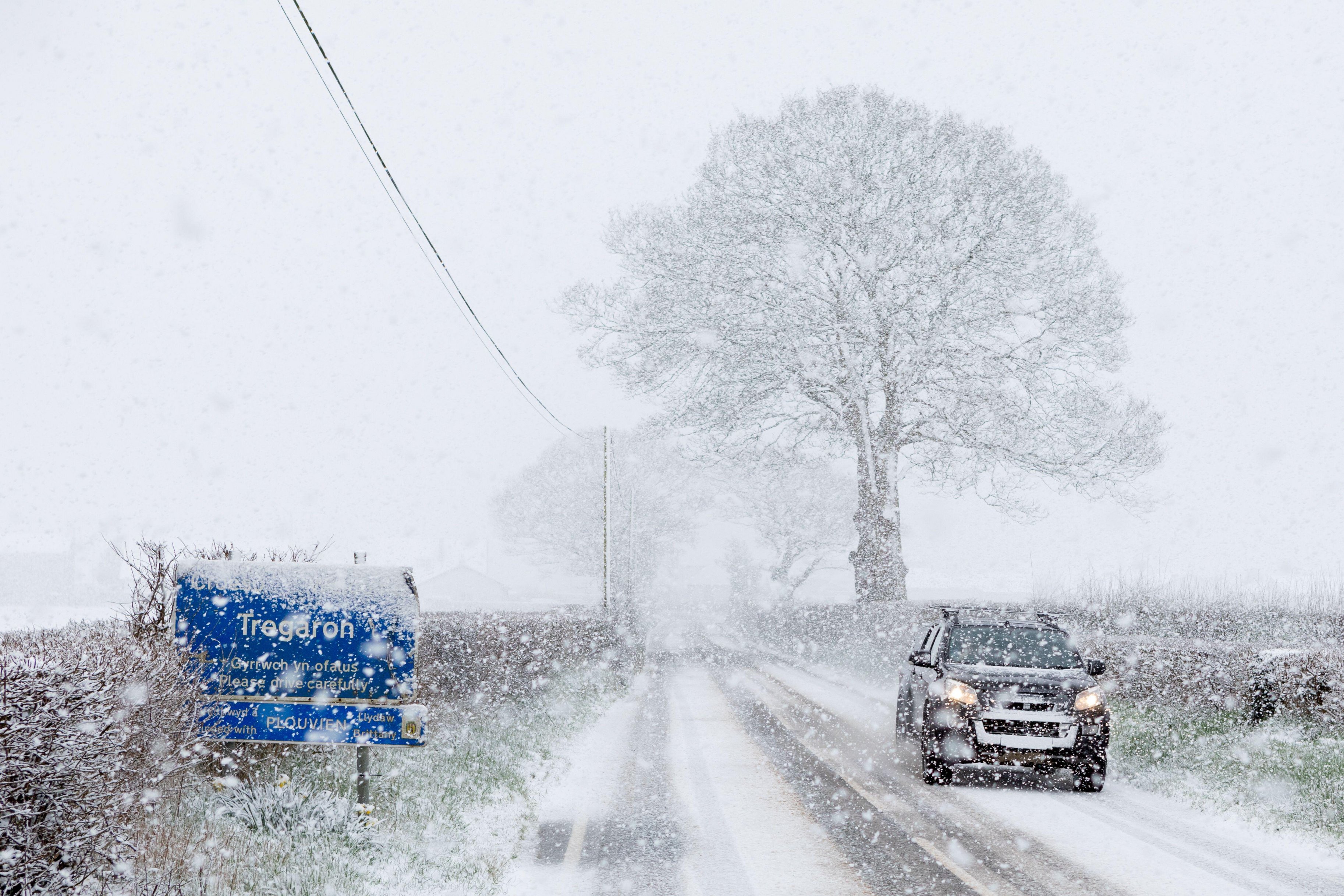 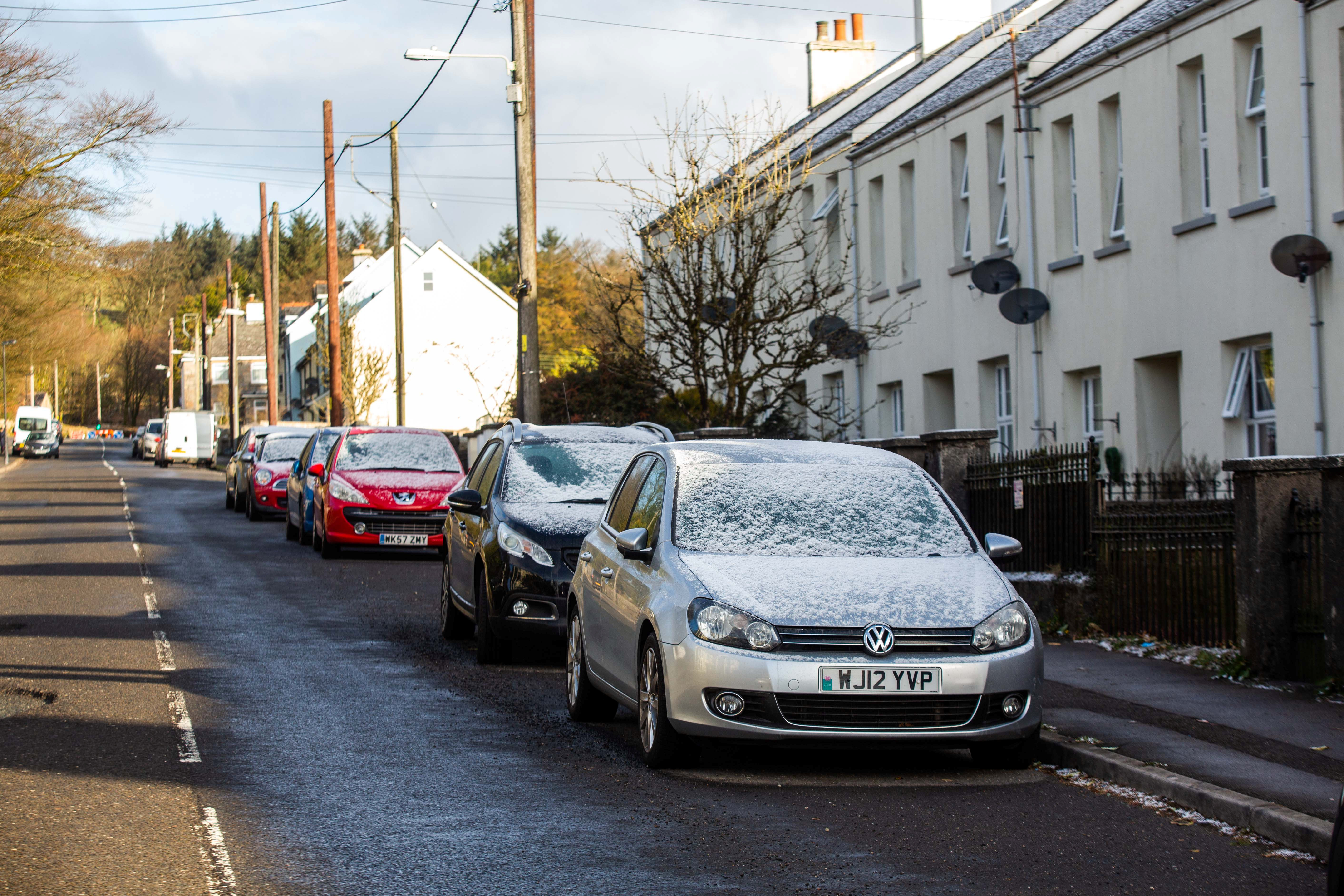 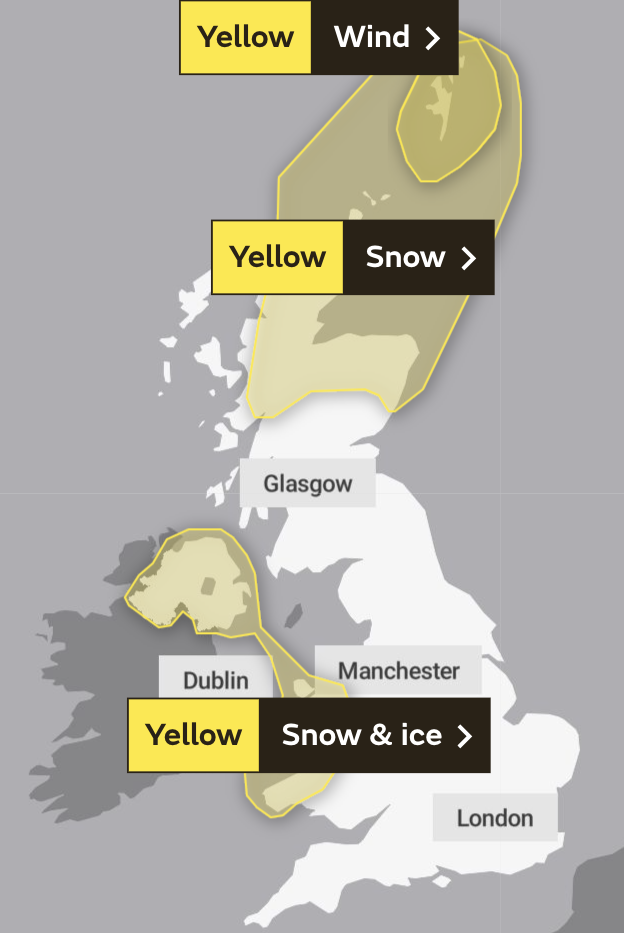 Most will wake to a cold start on Tuesday with temperatures hovering around -2Cin the south of England and -5C in the north.

Isolated parts of northern and central Scotland could even see the mercury drop to -8C between 3am and 5am, the Met Office said.

Met Office forecaster Simon Partridge said wintry showers will sweep across Wales, south-west England, and down the east coast during the day.

He said: "Through the afternoon we might even get a few homegrown showers, so really anywhere tomorrow could catch a wintry shower by the time we get to the end of the afternoon.

"Nobody is entirely immune to the odd bit of sleet or snow. It won't last long and it won't settle for very long either, but nobody is going to be 100 per cent safe from not seeing anything."

Snow warnings are in place for northern Scotland until 10am, with as much as 2cm falling in higher areas.

A separate yellow warning for snow and ice is also in place for west Wales and Northern Ireland until 10am, with up to 4cm expected to fall.

Roads and railways will be affected, and some injuries from slips and falls on icy surfaces are likely to occur. 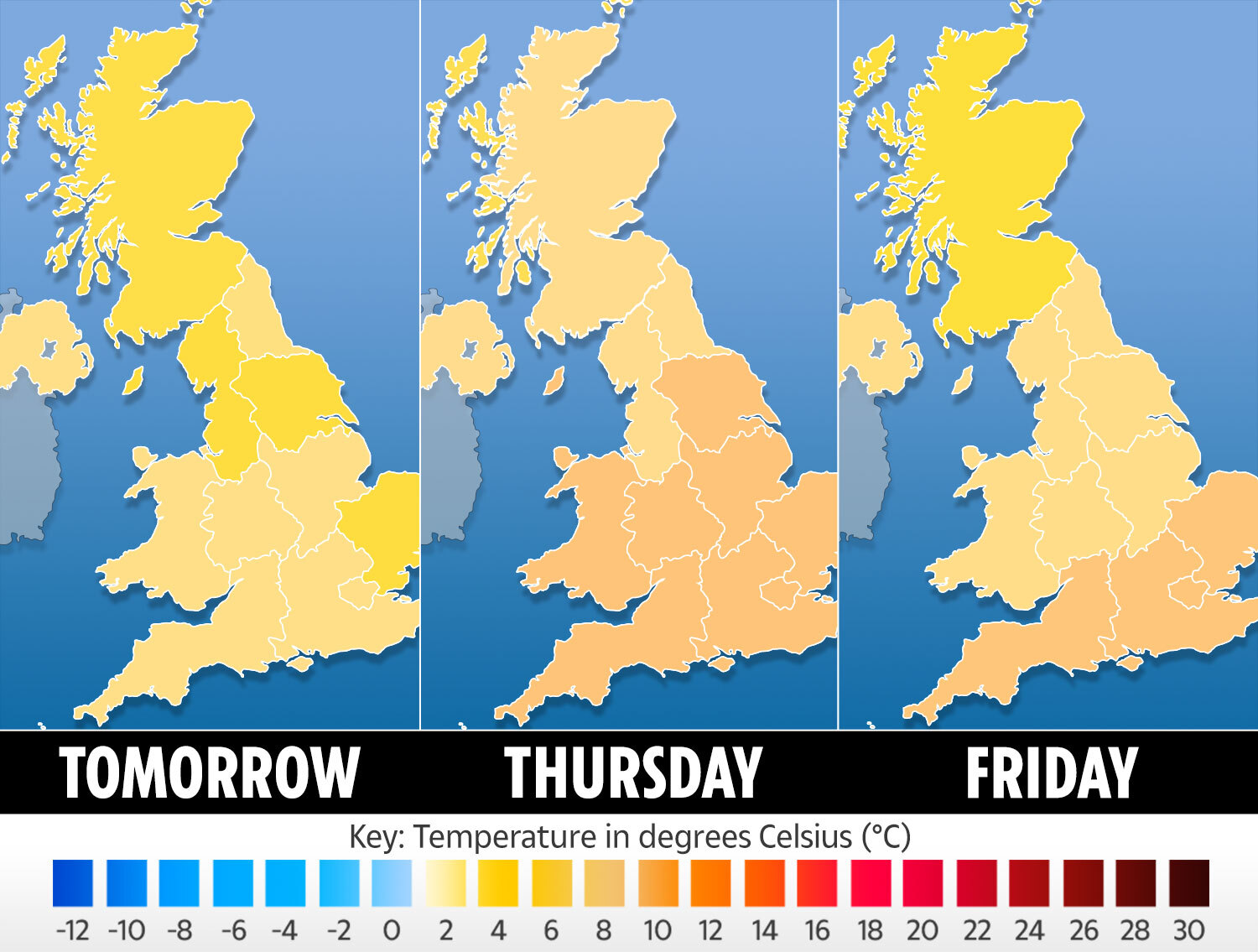 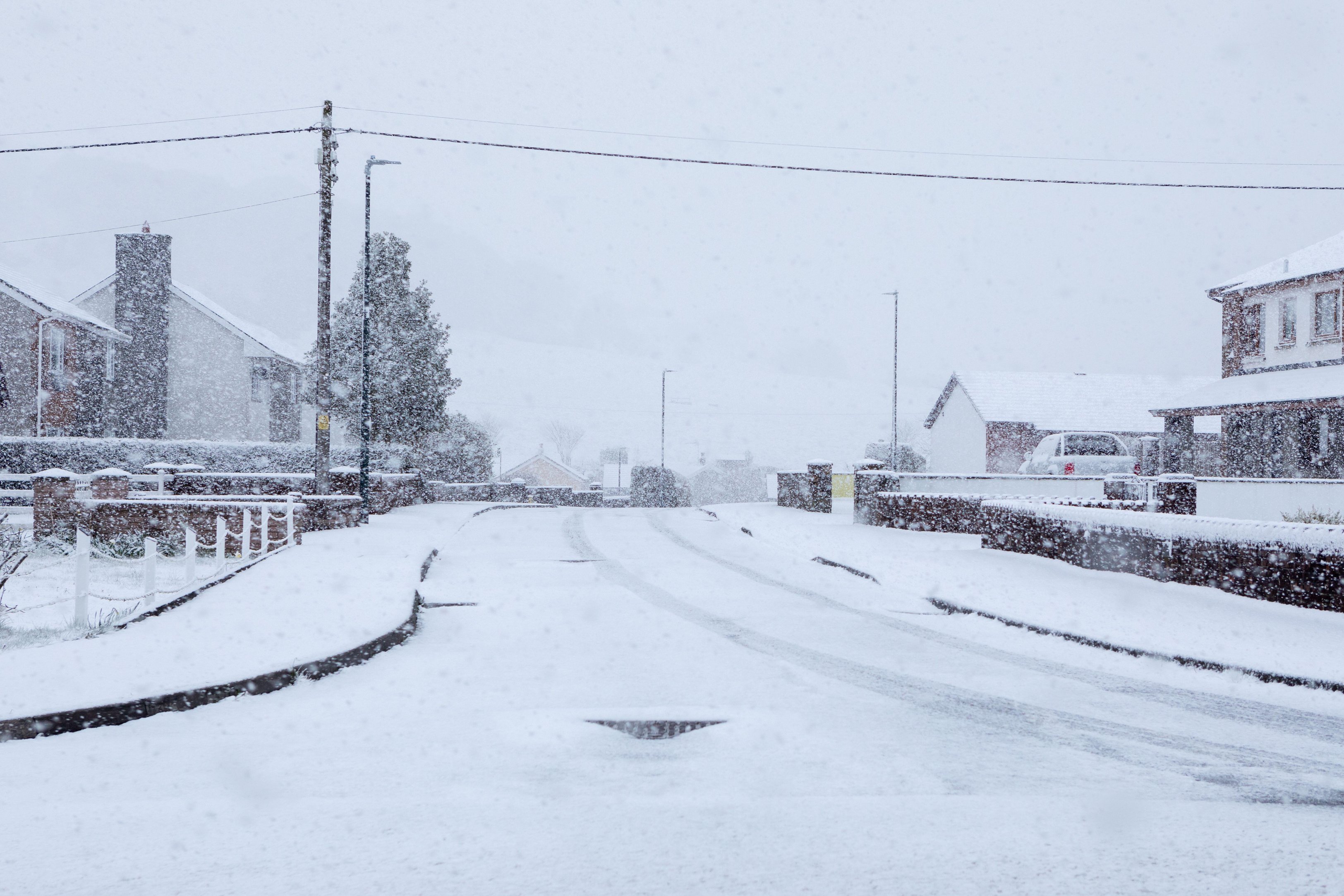 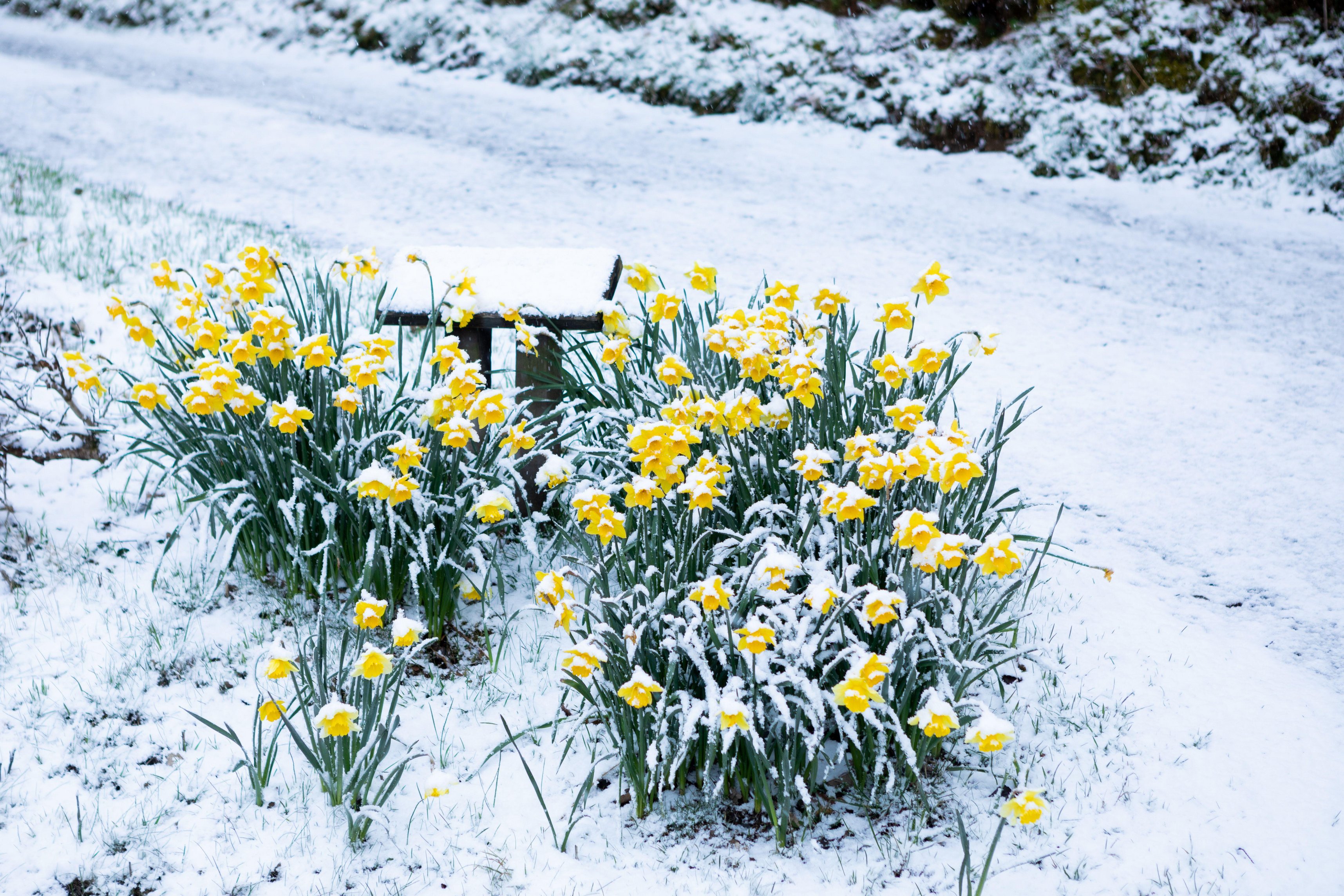 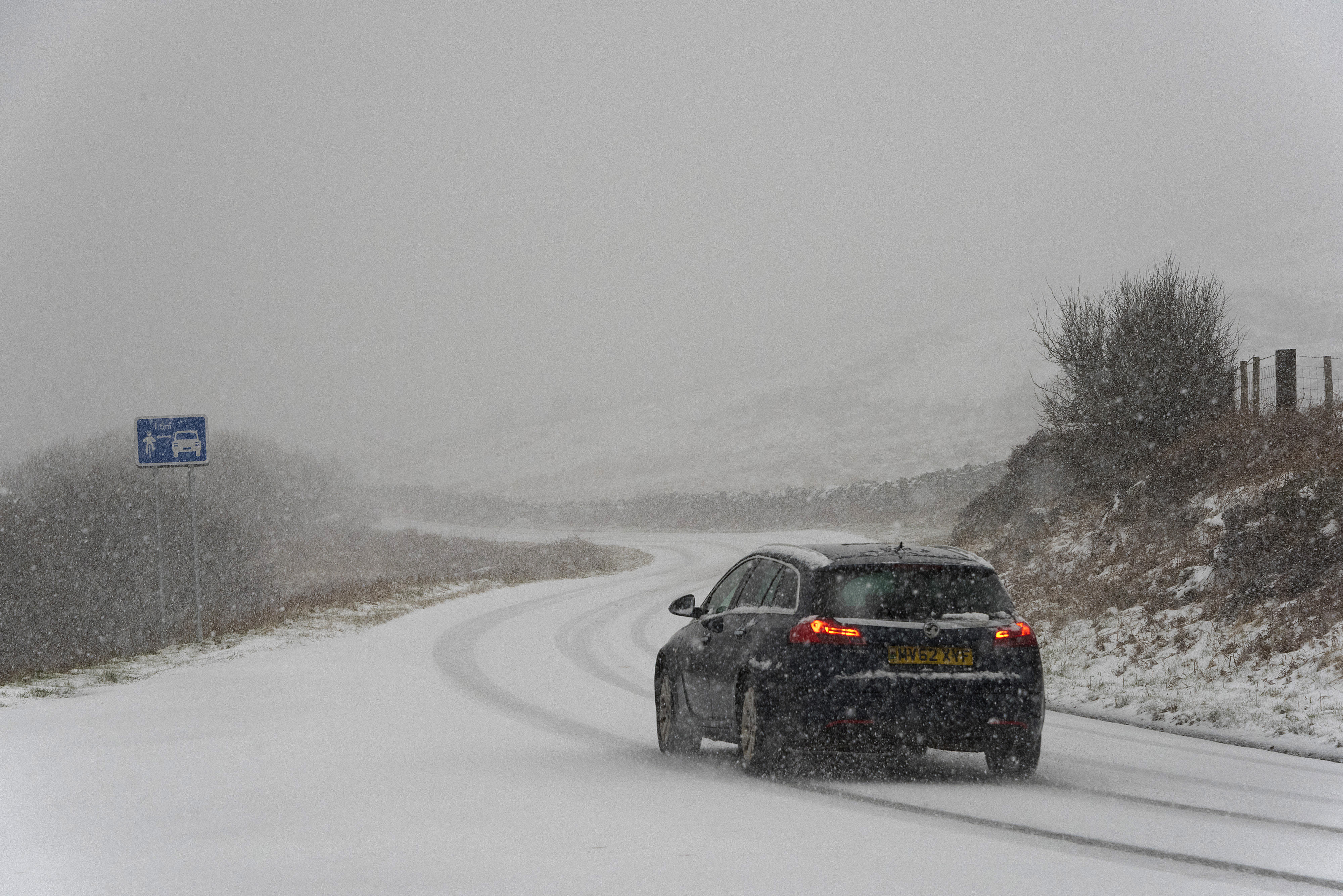 There is also a separate wind warning for the Shetland Islands, set to last until 5pm this evening.

Temperatures are forecast to hit highs of just 8C in the south of England, and around 4C to 5C in the north later on Tuesday.

However, Mr Partridge said the windchill will see most of the south feel "a couple of degrees above freezing", while in Scotland the temperature will feel around -5C.

Tuesday night is forecast to be the coldest this week – with the mercury plummeting to -5C in southern and central England in the early hours of Wednesday morning.

In the north of England and into Scotland, temperatures are expected to hover around -6C to -8C.

Wednesday will be a mostly dry day, with temperatures forecast to be around 8C to 10C in the south.

And after snow fell across the UK on Bank Holiday Monday, leading bookmaker Coral now makes this month odds on to be the coldest April since records began at 4-5.

"The odds have been tumbling on this month entering the record books as the coldest April we've ever had, and snow has pushed it into odds on now to shatter all records as the big freeze continues," said Coral's Harry Aitkenhead.