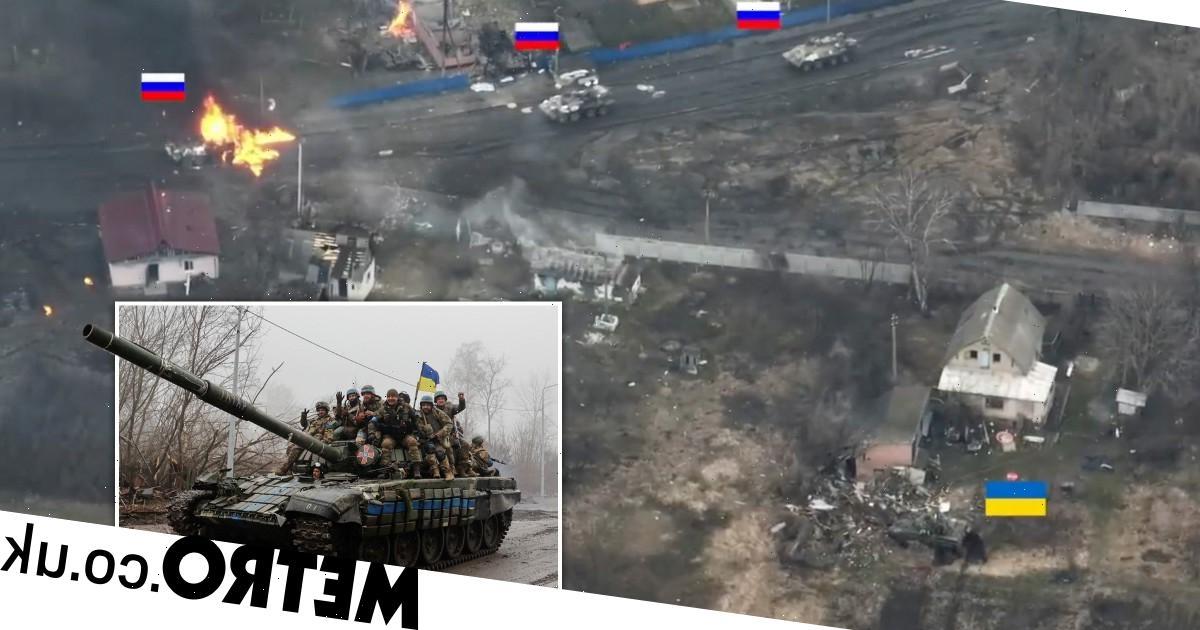 The Ukraine war has been filled with stories of triumph over adversity.

It may not be surprising, then, to learn that a single Ukrainian tank took on a Russian column that was eventually forced to retreat.

Drone footage captured the moment the T64, hiding behind a building, shot at around eight armoured vehicles in a Nova Bason – around 60 miles from Kyiv.

The first shot from the tank misses, but the second hits its target, destroying one of the vehicles.

The ambush appears to confuse the Russians who fire in random directions before realising where their attacker was.

The actions of the tank caused the Russians to stall until Ukrainian back-up arrived and forced the invaders into a retreat.

The battle is believed to have taken place on March 31 during the liberation of Nova Bason, which

The fight is reported to have taken place on March 31, during the liberation of the town of Nova Basan, in the northern region of Chernihiv, which has been under Russian siege for weeks. 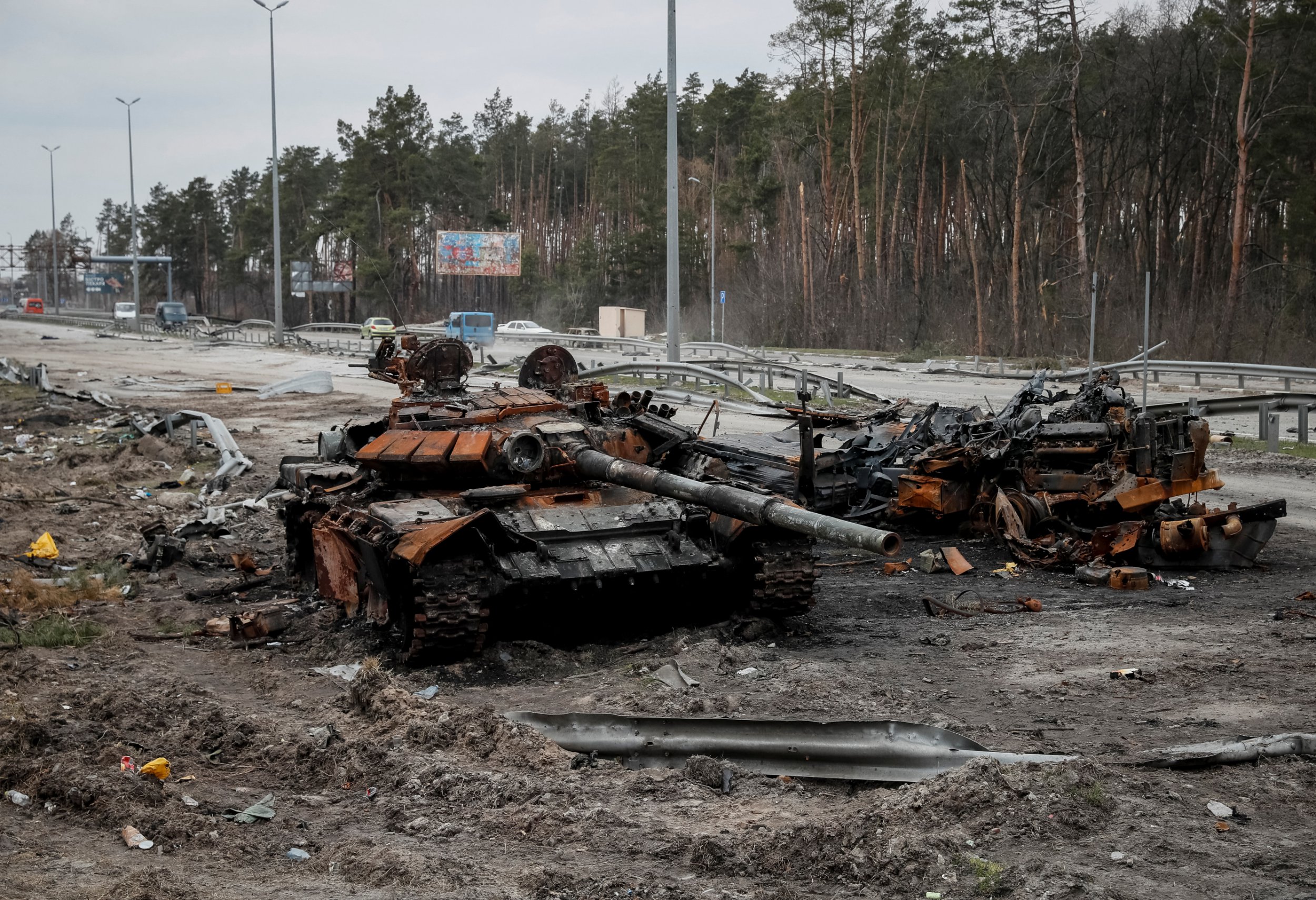 Ukrainian authorities said on Saturday its forces had re-established control in areas west of Dnieper River.

According to a senior Pentagon official, Russia has completely withdrawn its troops from the regions of Kyiv and Chernihiv.

‘We believe they are all out,’ they told the New York Times on condition of anonymity to discuss confidential operational issues.

They said Russian forces are now rearming and resupplying in Belarus and Russia, but added that it is unclear when units would reposition in the Donbas region of eastern Ukraine.

His losses come as NATO secretary general Jens Stoltenberg said the Ukrainian army is putting up ‘fierce resistance’, retaking territory from the invaders and forcing Russia to change its war plans.

Speaking ahead of the meetings of NATO Ministers of Foreign Affairs, he added: ‘But Moscow is not giving up its ambitions in Ukraine. We now see a significant movement of troops away from Kyiv.

‘To regroup, rearm and resupply. And they shift their focus to the east.

‘In the coming weeks, we expect a further Russian push in eastern and southern Ukraine.

‘To try to take the entire Donbas and to create a land-bridge to occupied Crimea. So this is a crucial phase of the war.

‘And as Ukraine faces this new offensive, NATO Foreign Ministers will discuss what more we will do.’

Mr Stoltenberg confirmed Allies are determined to provide further support to Ukraine, including anti-tank weapons, air-defence systems and other equipment.