Shocking footage shows the moment an off-road bike collides with a car after allegedly running a red light.

Video of the incident, which took place in Neville’s Cross, Co. Durham, was shared by police in a bid to identify the biker who fled the scene following the crash.

It is believed the biker was travelling within a group of seven off-road bikes on September 6, before he shot across a junction and hit the Volkswagen Golf. 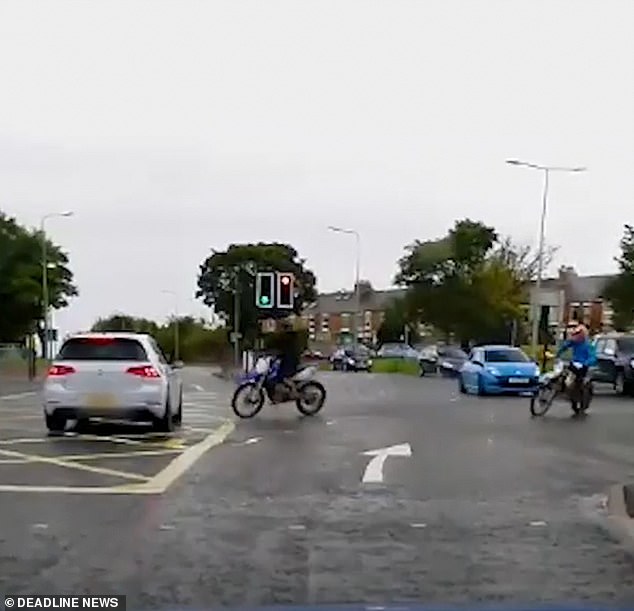 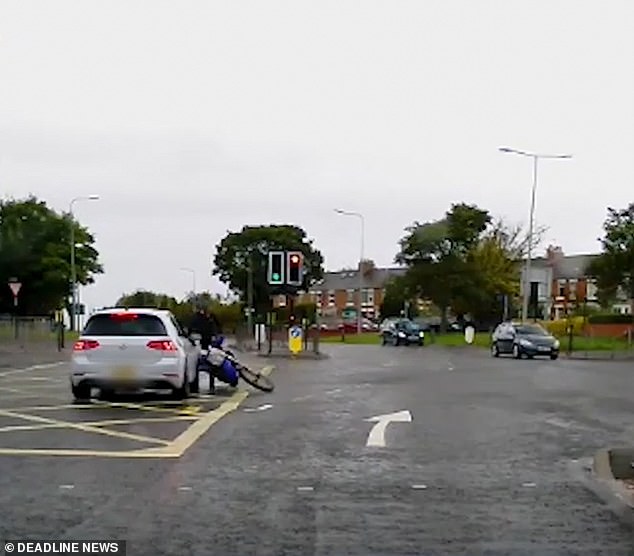 As the clip begins, the dashcam car is seen behind the white VW as the traffic pulls off from a set of lights.

One biker speeds across the road, narrowly missing the white car and forcing the vehicle to brake suddenly. The second biker follows shortly after and shows no signs of slowing down as he hurtles towards the car.

The man then gets up from the floor and hauls his bike off as the driver of the car exits her vehicle.

The rest of the bikers then speed across the junction without stopping to help.

The biker flees the scene leaving the driver standing outside of her car in the middle of the crossroads. The dramatic clip was released by Durham Constabulary who are searching for the rogue bikers. 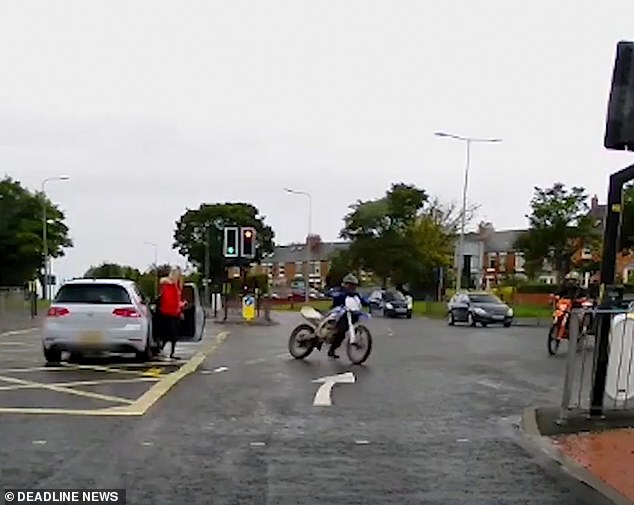 They shared the video of the incident which took place on Sunday September 6, at 12.45pm.

A spokesperson said: ‘ ‘A group of 7 bikes are believed to have ridden through a red light, resulting in one of the riders colliding with a white Volkswagen Golf.

‘Dashcam footage of the incident shows the crashed rider – on a blue and white bike – flee the scene.’

Anyone with information on the bikers is asked to contact Durham Constabulary on 101 citing the incident number 167 of September 6.’