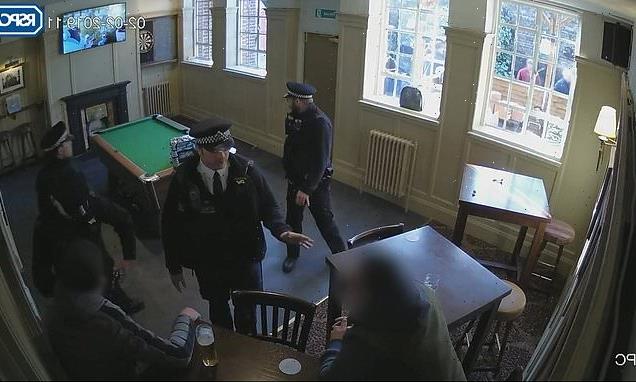 CCTV footage shows several men trying to flee from officers by jumping onto the roof in an attempt to escape capture.

Police then tracked three further addresses in Essex where more than 270 birds, including Yellowhammers, Eurasian Siskins, Common Linnets and a Eurasian Bullfinch, were discovered.

The final of 17 men was sentenced this week following a two-year investigation in to one of the biggest wild bird trading rings in the UK.

An RSPCA officer who led the investigation, but cannot be named for operational reasons, said: ‘When we went into the pub on 2 February 2019 we found a large group of men had congregated inside and outside in the beer garden, many carrying small bird cages.

‘We discovered 40 cages of wild birds including goldfinches, linnets and a siskin, as well as 27 canaries and mules – or crossbred birds. 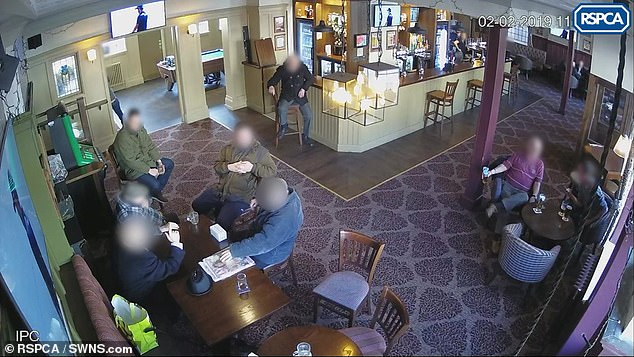 The police raid happened at The Bell pub in Leytonstone, east London, two years ago 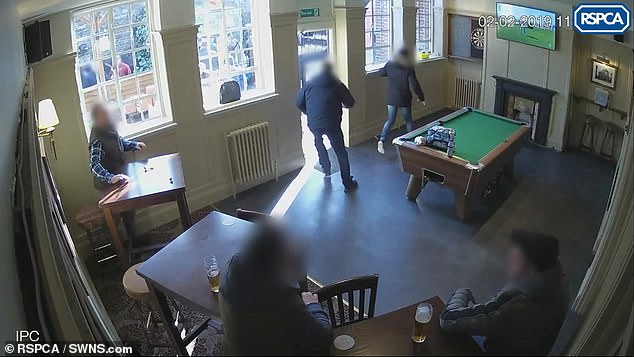 The final man conviction, Adnan Icel, 56, from Southend-On-Sea, Essex, was convicted after he was found with six goldfinches in his possession at the pub and 190 wild birds kept in his home illegally.

He was sentenced to six months in prison, suspended for two years, and disqualified from keeping all birds for life. He was also ordered to pay £28,000 in costs.

RSPCA chief inspector Will Mitchell said: ‘The illegal trapping and trading in wild birds has long been a problem. 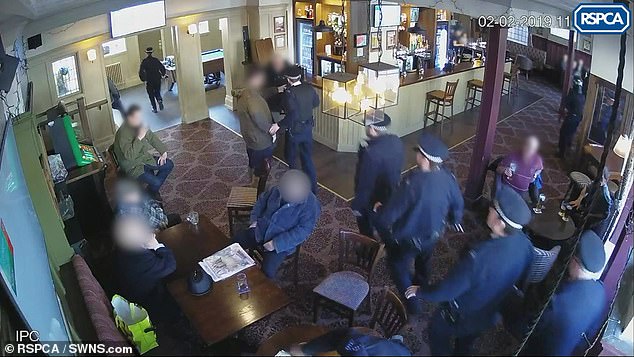 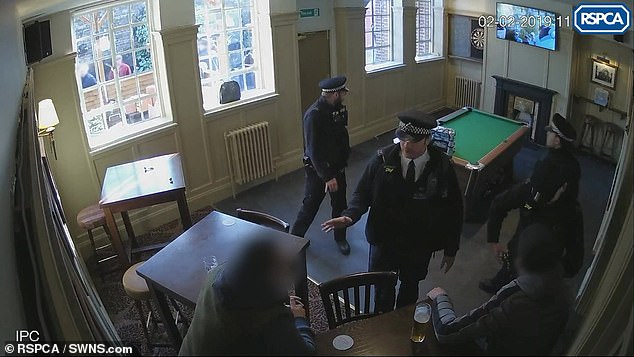 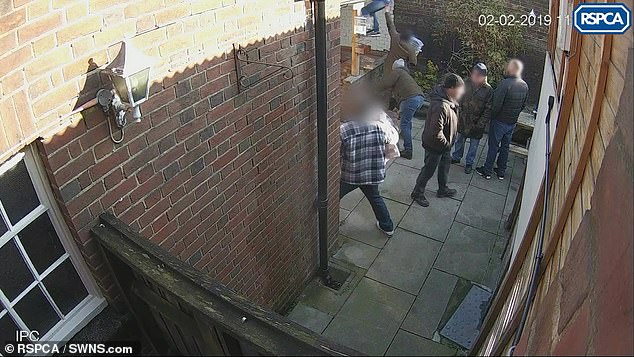 ‘Taking a wild bird from its natural habitat and shutting it in a tiny cage is cruel. These birds can suffer immeasurably, not only physically but also mentally, and they often die shortly after being captured.’

‘I would like to pay tribute to the dedication and hard work of many units and colleagues throughout the Met that worked on this case.

‘The protection of our wildlife is extremely important in London and a responsibility the Met takes seriously.

‘ All wild British birds, their nests and eggs are protected in UK law, birds taken from the wild often get injured and do not live long after capture, due to the shock and trauma from free flying and then being confined to a cage.

‘I hope this case reassures the public we will do everything in our power to detect, deter and disrupt wildlife crime.’

All the wild birds were taken into care by the RSPCA, with more than 150 going to the charity’s Mallydams Wildlife Centre in East Sussex where staff set about rehabilitating and releasing them.

The crossbred birds and domestic species were all successfully rehomed.