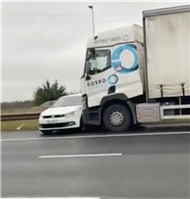 THIS is the moment a giant lorry blindly pushes a car down the M1 for 65 FEET.

Shocking footage shows the speeding vehicle after it collided with the white Volkswagen Polo and failed to stop. 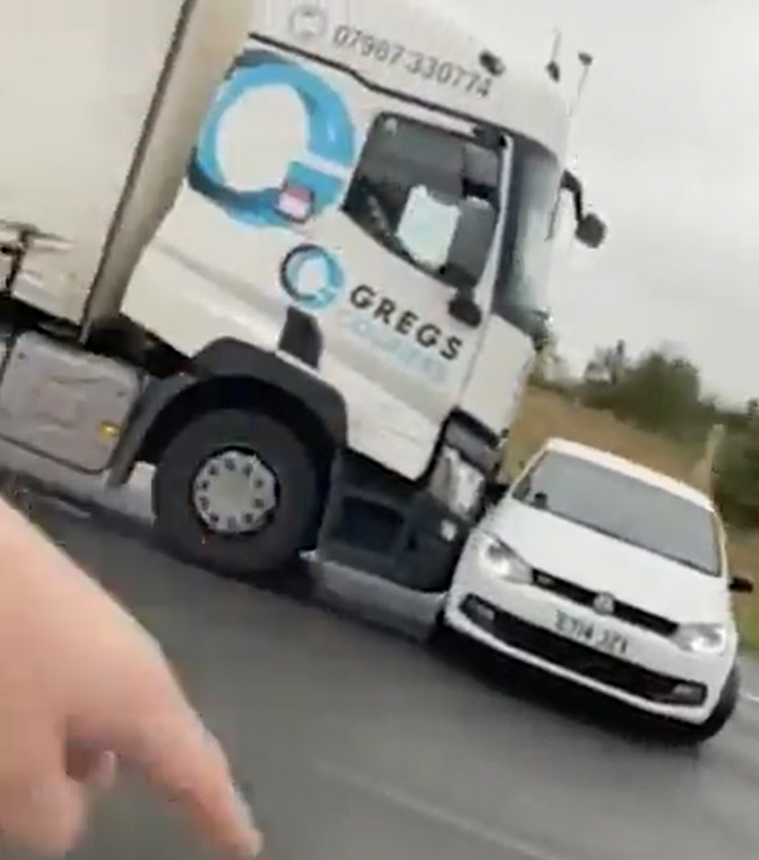 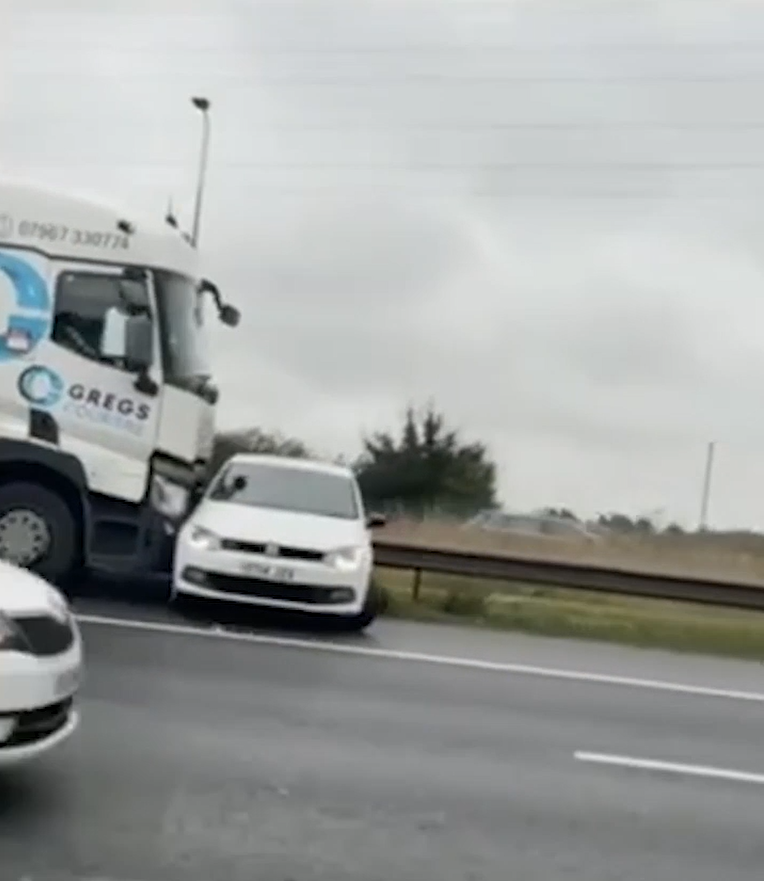 The driver did not notice it was dragging the car along with him, said a spokesperson for the company who own the lorry.

In footage captured of the terrifying scene a driver can be heard begging the lorry to stop.

Meanwhile, the car can be seen being agonisingly pushed down the road at an alarming speed.

The motorway, which runs from London all the way to Hook Moor in Leeds, is packed with other lorries, vans and cars in the toe-curling footage.

Greg Krysztofowiciz, travel manager at Greg's Couriers – which owns the lorry – insisted no one was injured.

He told The Sun Online his driver had ploughed the lorry along the tarmac for around 20 metres.

Mr Krysztofowiciz said: "I just saw it, I'm shocked myself to be honest.

"Everyone is okay. It just happened this morning, this car changed lane and hit my lorry. I don't know what to do."

He added: "My driver didn't even notice.

"He said 'I had an incident,' but he didn't explain that he was pushing this car for about 20 metres – maybe even more."

Mr Krysztofowiciz explained cops attended the scene where his driver, who he did not want to name, was checked for drugs and alcohol.

He explained the experienced driver had been working for him for eight years.

He added: "I didn't even know that it was so shocking until I saw the video."

Mr Krysztofowiciz said it had not been determined who was at fault, and that he would need to discuss the matter further with his driver.

He said: "I have to calm down and speak to the driver." 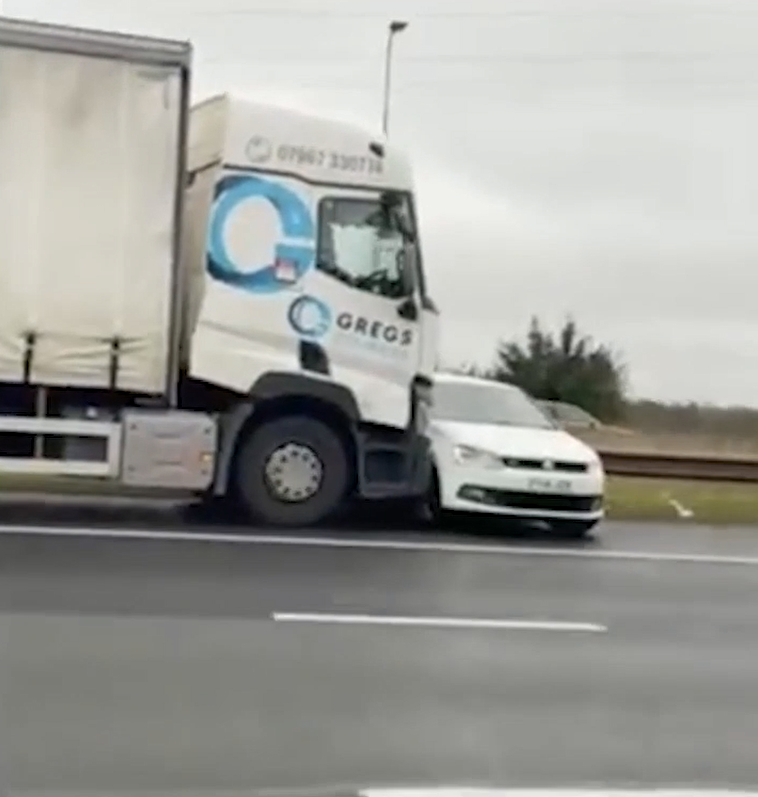