The group are seen kicking the man and wrestling him to the ground while he continues to lash out at cars and passersby with a belt. 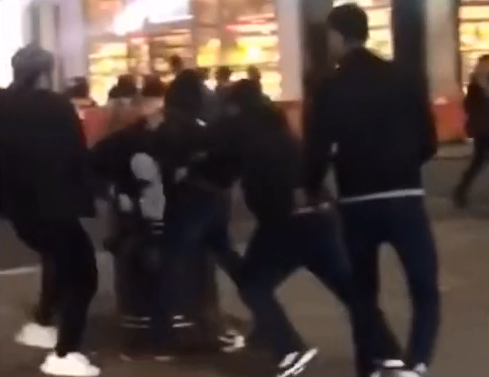 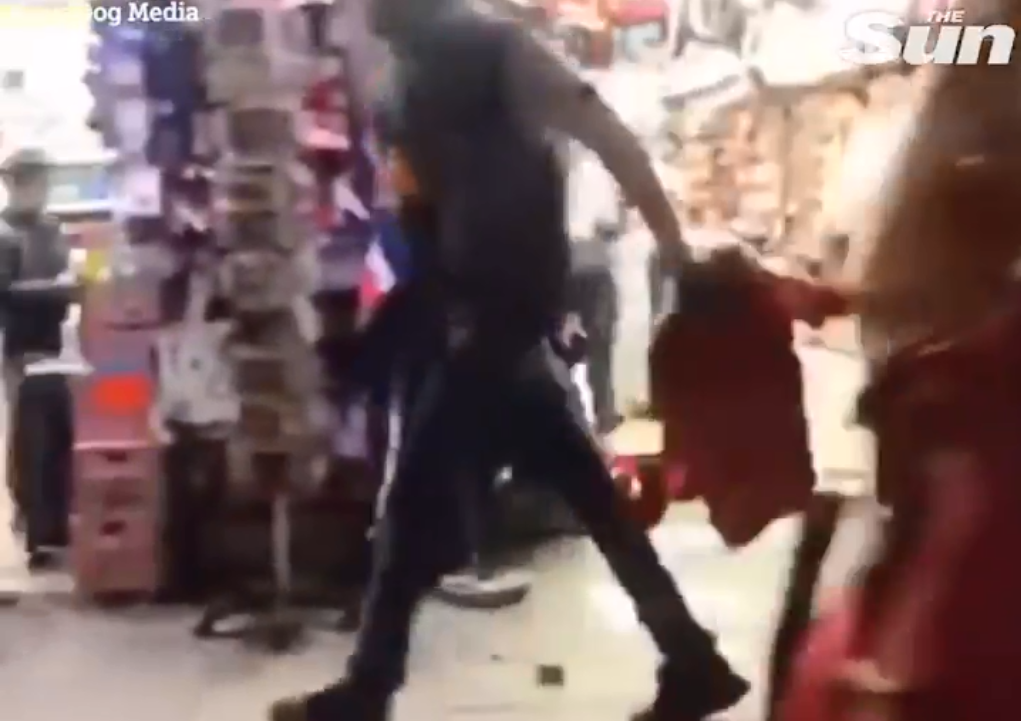 The shocking footage was filmed shortly before 10pm last Tuesday on Coventry Street, one of the capital's busiest roads which connects Piccadilly Circus to Leicester Square.

At the start, the man is seen seemingly trying to pull banknotes out of the hands of a tourist as he withdraws money from a cash machine.

He lets go as someone nearby shouts, "Excuse me!", but is then seen taking a t-shirt from outside a nearby souvenir shop.

As he goes to walk away, a local shopkeeper runs up from behind and attempts to tackle him, and is quickly joined by three other men.

After getting free of the group, the man walks up the street as passersby try to calm him down.

The man filming can be heard saying, "He's an idiot. He was just stealing money."

Another bystander then comments that the man appears to be on drugs.

The man later comes back and again enters a confrontation with the shopkeepers.

After they knock him to the ground, he begins wailing before running over to a nearby ambulance car and hitting its window with a belt.

He then appears to begin targeting passersby as the man filming runs into a nearby restaurant and asks the people behind the counter to call the police.

One woman is reported to have been left with her hand injured and bleeding after the incident.

The man is seen continuing his confrontation with the shopkeepers until the police arrive.

The Metropolitan police later confirmed that an 18-year-old man had been arrested on suspicion of assault, GBH, and criminal damage.

A spokesperson said: "The arrest follows a call to reports of a man assaulting people at 21:33hrs on Tuesday, 22 October on Coventry Street, W1."

They also refuted reports that police had taken 27 minutes to arrive at the scene, saying officers in fact attended within seven minutes of an emergency call being made.

They said the man has been released under investigation whilst further enquiries are carried out. 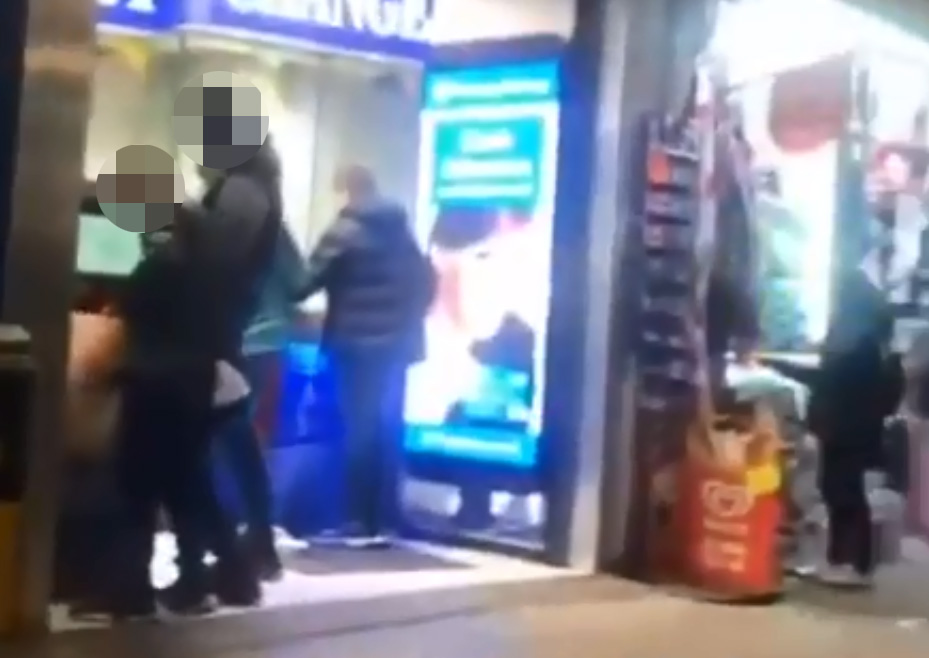 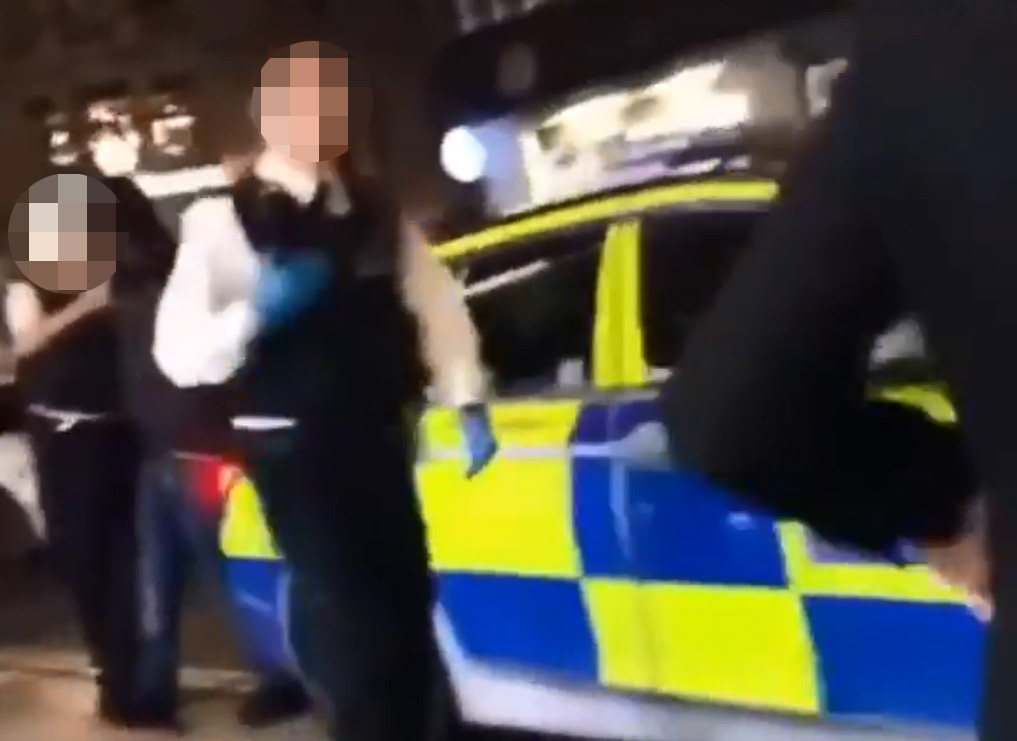