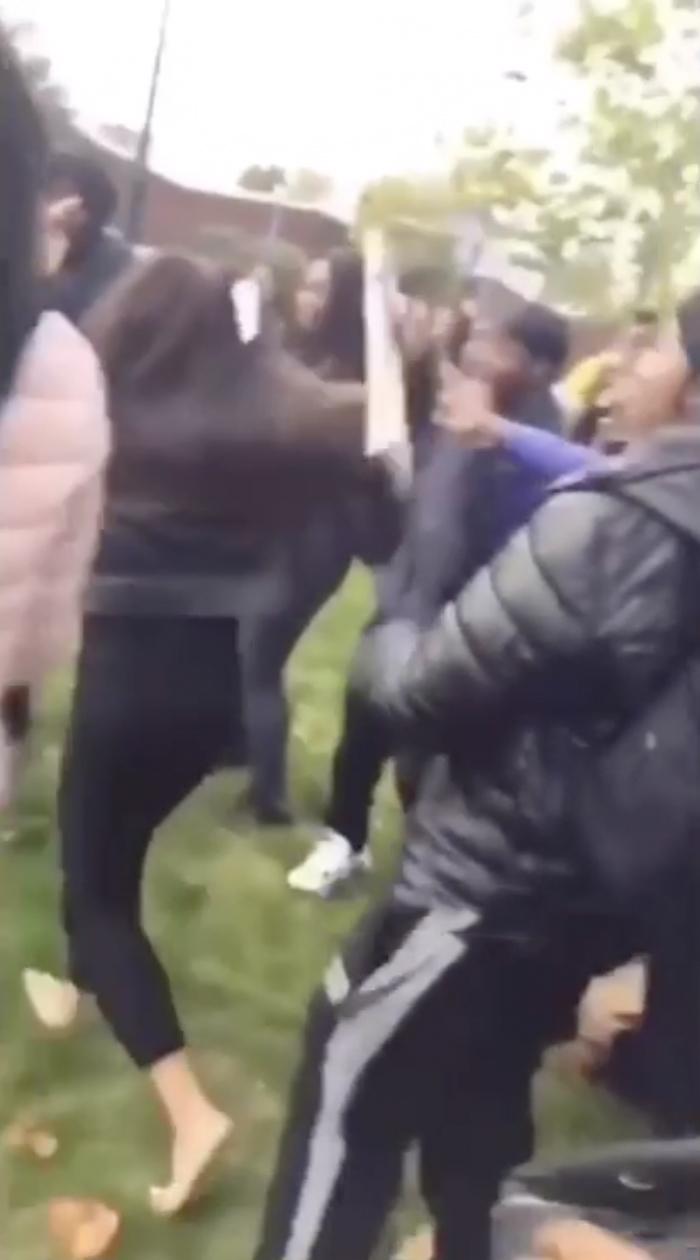 In the disturbing clip – believed to have been filmed yesterday – terrified students can be heard screaming as the riot breaks out.

One young woman picks up the large piece of wood and smashes a girl across the head with it.

It begins by showing two girls wrestling each other as friends desperately try to separate them.

A baying crowd gathered to watch the fight can be heard screaming as the woman wearing a black jacket picks up the blank and bashes her rival. 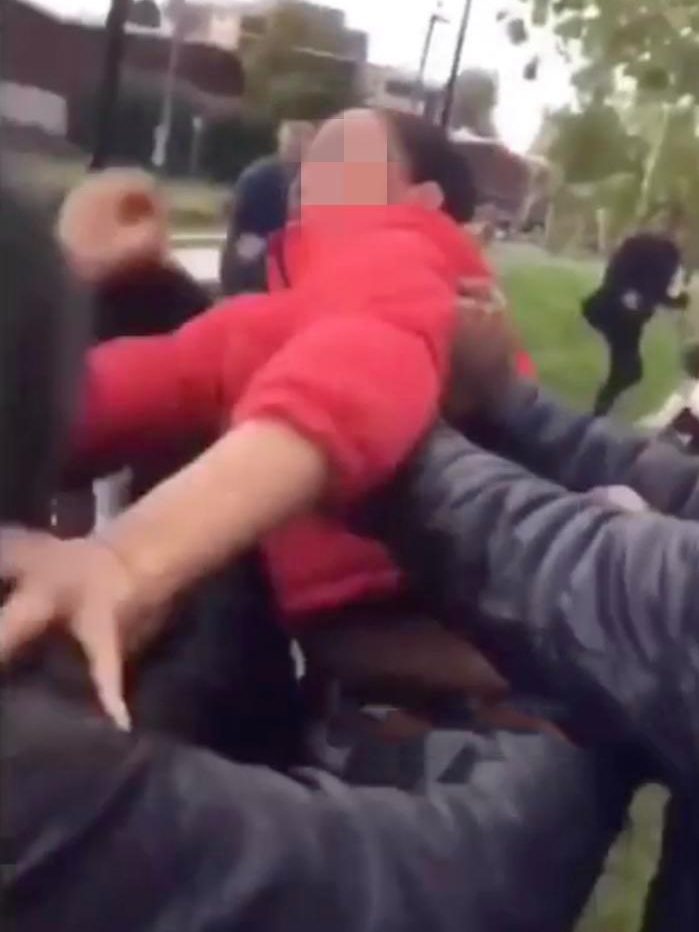 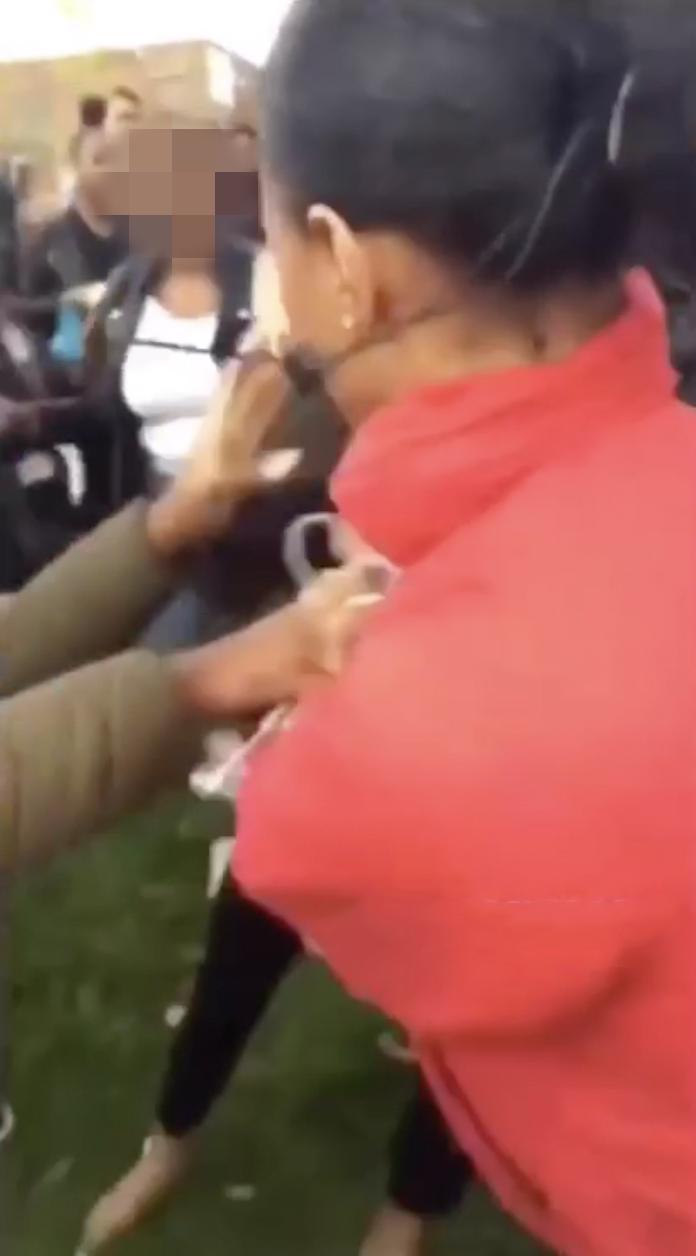 Witnesses can be seen fleeing out of the way as the students then start hitting and grabbing each other again.

As the women walk away from each other college security guards can finally be seen intervening to bring an end the chaos.

Police also be seen arriving at the scene as the footage cuts to an end.

In February, Sandwell College hit headlines when around ten male students were filmed taking part in a massive fight in a study room.

Members of staff tried to break up the riot — which involved one pupil stamping on another.