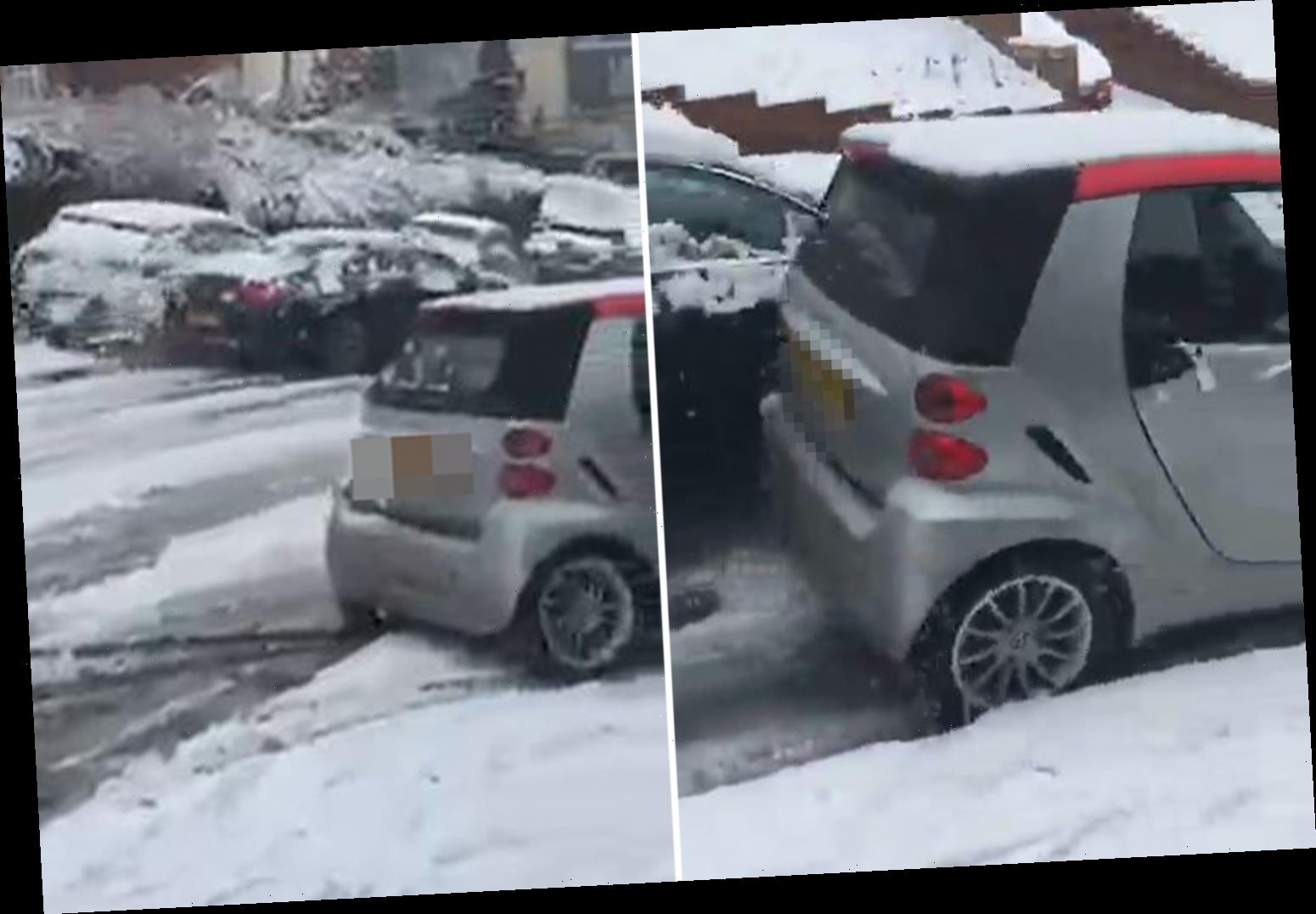 THIS is the shocking moment a careless Mercedes driver motors down a snowy hill while smashing into cars.

Four cars were hit by the Mercedes after the driver lost control on an icy road in High Wycombe, Buckinghamshire yesterday. 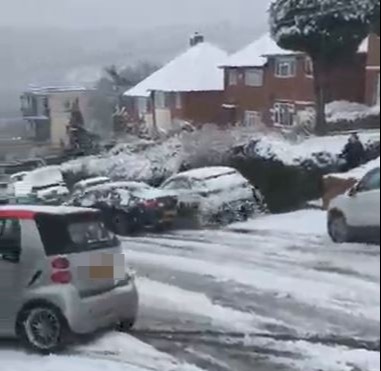 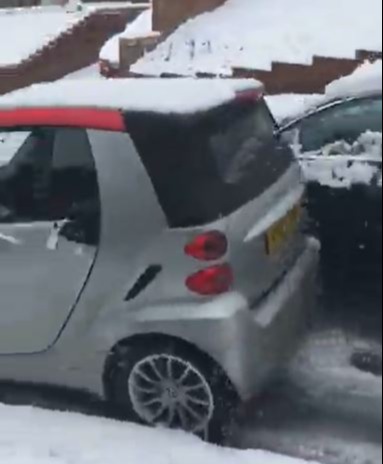 Footage shows the black Mercedes attempting to overtake a Volkswagen Tiguan by driving down the wrong side of the road.

As the driver does so, he loses control and collides with a parked car.

The black Mercedes is then bounced across the road and clips the Tiguan before colliding with another parked car.

A woman can be heard shouting: “What is wrong with people! F*** sake!”

The path of destruction continues as the vehicle hits the rear of another car and continues sliding down the hill.

The driver of the Smart car leaves her vehicle and stands in the middle of the road, saying "stupid people".

High Wycombe resident Elliott Debell filmed the mayhem while watching on in shock.

One of his neighbours can be heard saying: “I live here and this happens every year.”

Elliott shared the clip on Facebook yesterday, writing: “Found a new hobby, watching cars failing to get down Hatters Lane.”

The construction worker also captured another video showing a 4×4 losing control and sliding into a parked car.

A loud thump can be heard after the 4×4 loses control and swerves.

Elliott said the driver stopped down the hill and exchanged details with all involved.

Video of the Mercedes colliding with other cars has been shared widely on social media.

Elliott said: “I was actually taking footage because I wanted to send it to my friend to explain why I couldn’t come into work as I live on a hill and people in London don’t understand when you say you can't get because of the snow.

"If you look, the forth car he hit he almost hit the woman in the first accident getting her child out of the car.

"She was putting him in the buggy when he slid into the back of here a little to the left could have been very bad.

"He stopped but was obviously in a rush because he gave his details and left quickly."

Britain was blasted by up to 4in of snow yesterday as temperatures plunged to -8C in the wake of Storm Christoph.

Roads were closed and the Met Office issued snow and ice weather warnings.

Temperatures dropped to -10C with up to six inches of snowfall in parts of the country this morning.

The whiteout is forecasted to continue until at least Wednesday.