One of the gunmen was killed after he was reportedly gunned down by a fellow armed thug in Rio de Janeiro, Brazil. 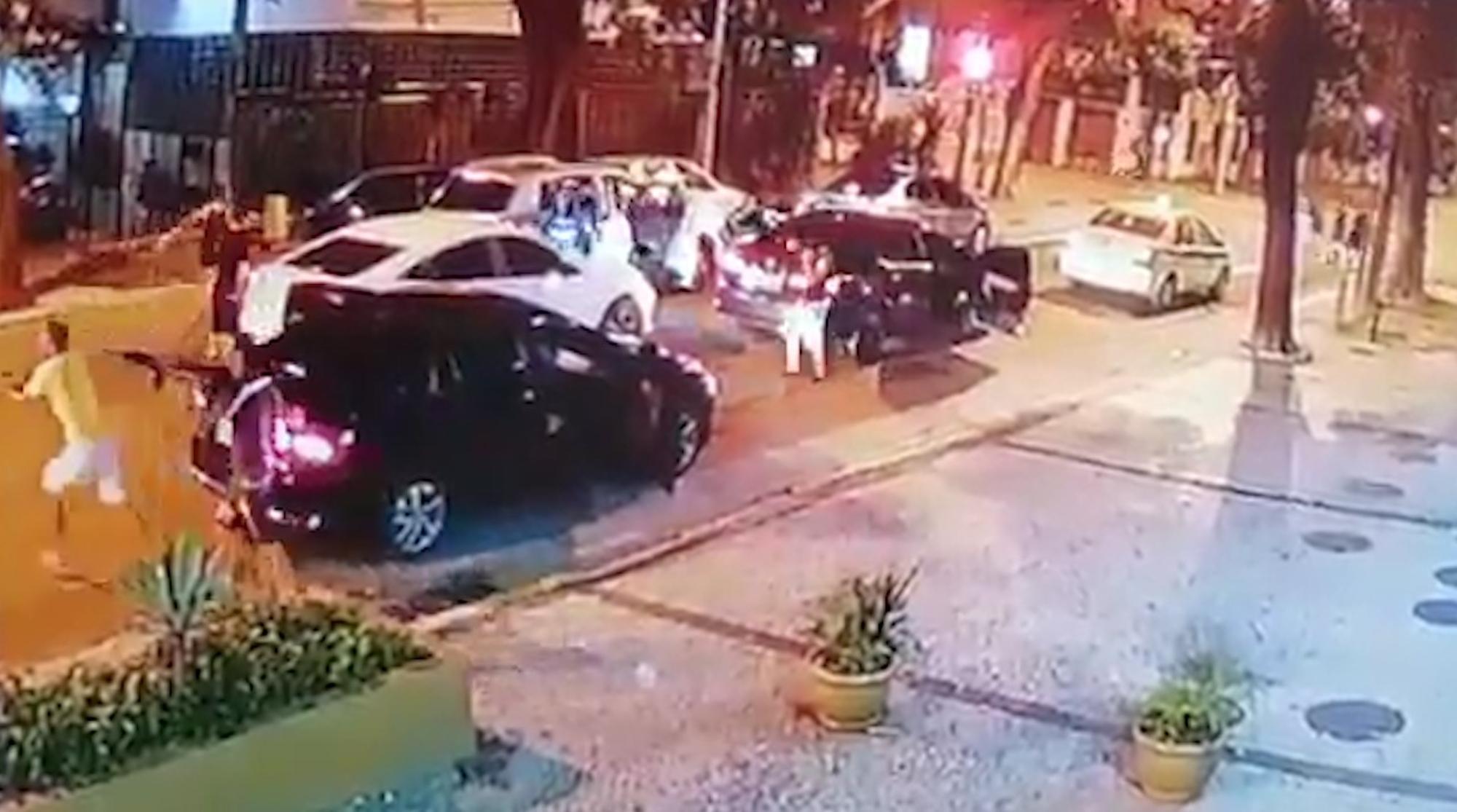 But their intended target – a 27-year-old businessman – was able to escape with his life despite being shot in the temple and back.

Shocking CCTV footage shows the gunmen piling out of three cars and immediately opening fire at a white Honda Civic as it sits at traffic lights.

The victim – who had just been visiting his baby son – tries to escape by ramming the back of the bandit’s car which is blocking his way.

But as horrified witnesses flee in their cars he is somehow able to speed away from the onslaught. 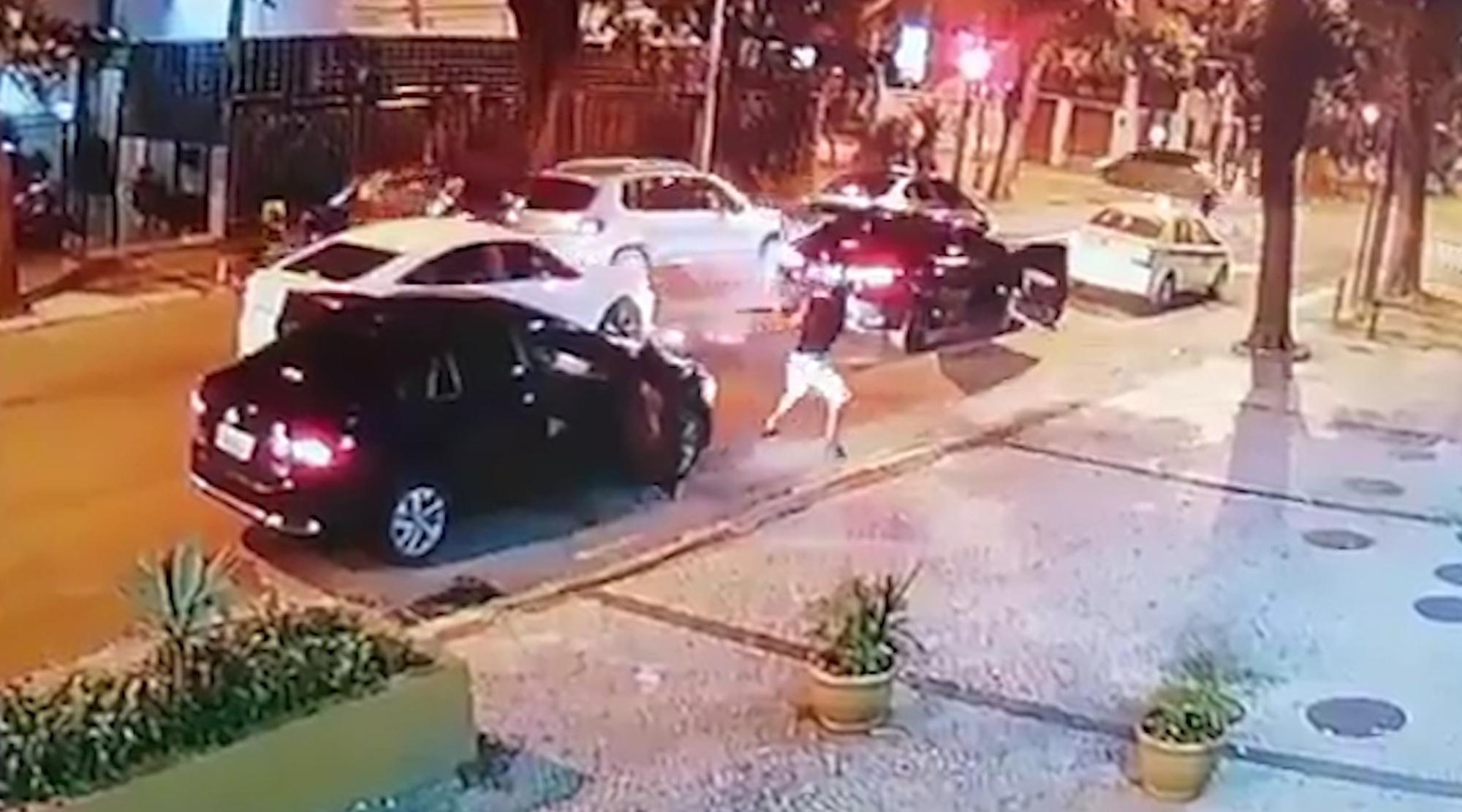 Cops believe the gang had just committed an armed robbery nearby and attempted to hijack the car to use it as another getaway vehicle.

Their victim was later found by cops slumped at his wheel around a mile away and was rushed to hospital.

Hero medics rushed to operate on the stricken man – named by police as David Esteves – and he is said to be making a full recovery.

His relieved sister told Rio Extra: "It was a miracle David escaped alive.

"When I arrived at the hospital, I found him lucid but traumatised.

"I saw his bloody shirt and counted at least five bullet holes.

“The incident happened just after he left his father-in-law’s house.

"He had gone to visit his three-month-old son.

"Shortly after leaving he noticed several cars racing up behind him and the attack started the moment he stopped at the intersection." 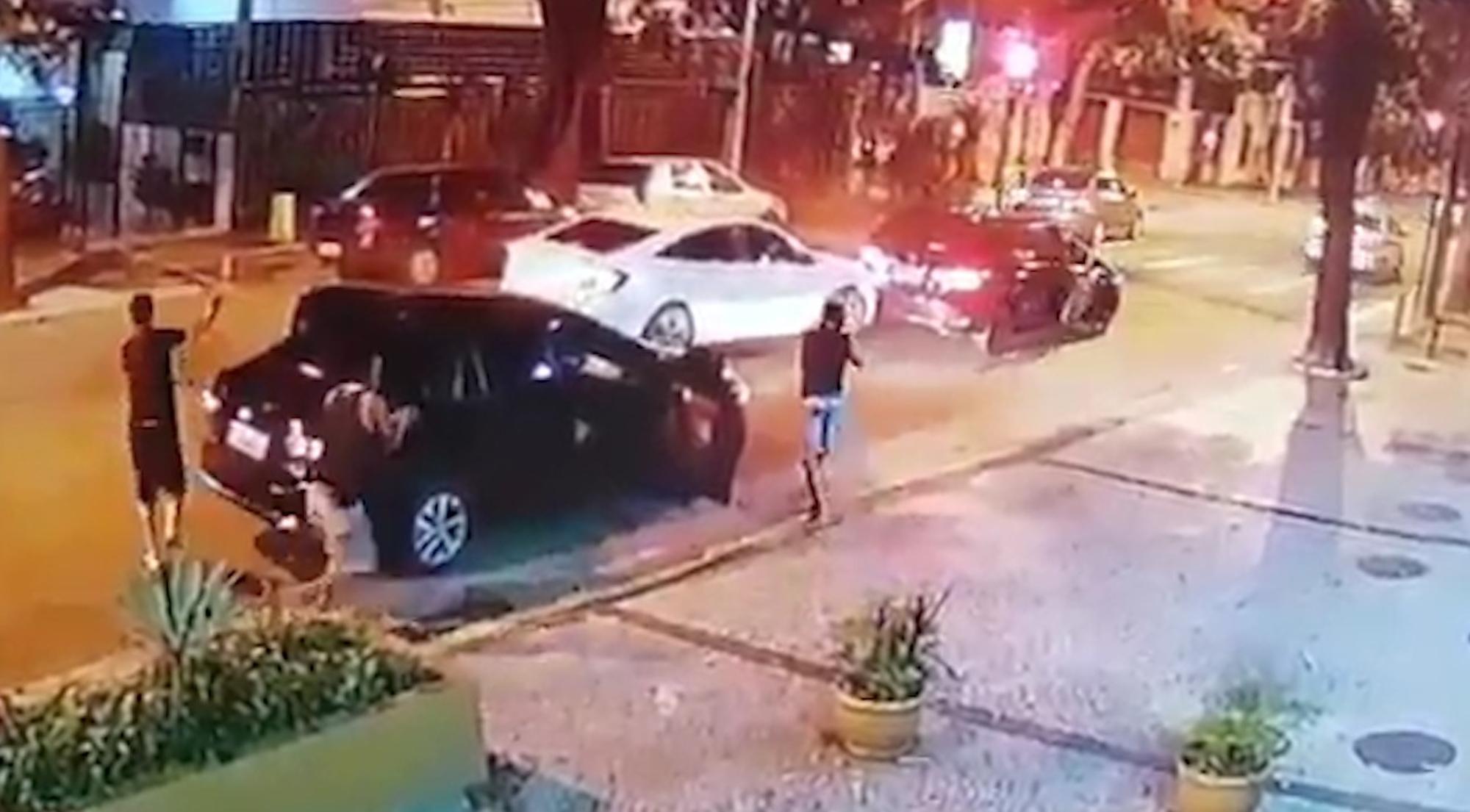 She added: "When David heard the shootings he tried to escape. At first, he didn’t realise they were targeting him.

“He knew he had been wounded but had to keep going.

"He told me he doesn’t even remember how he managed to drive and believes he fell in and out of consciousness until he found help.

"He is thankful to be alive but is suffering from moments of delirium as he relives the horror.”

One of the suspects who was shot during the rampage, was apparently abandoned by his accomplices and found injured near the scene by officers.

He was taken to the same public hospital but died from his wounds.

Detective Willian Batista said: "From what we can see, the angle the bandits took as they unloaded their weapons, means that there was a real likelihood of being hit in the cross fire because they were standing in front of each other.”

Detectives are still hunting the attackers and are examining security footage to identify those involved.