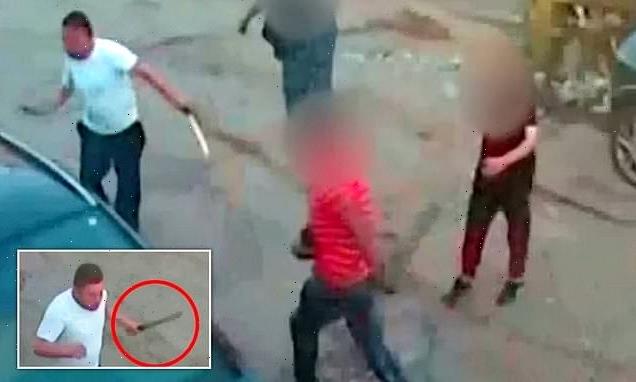 A machete-wielding burglar was fought off by a worker with a plank of wood, captured in dramatic CCTV footage.

Haiwa Ezzeddine Mohammed, 35, can be seen fleeing empty-handed after being chased off by the brave worker at an industrial estate in Birmingham.

CCTV footage shows the man arrived for work on the morning of July 25, 2019 and bumping into Mohammed as he used a fence post to smash open a safe. 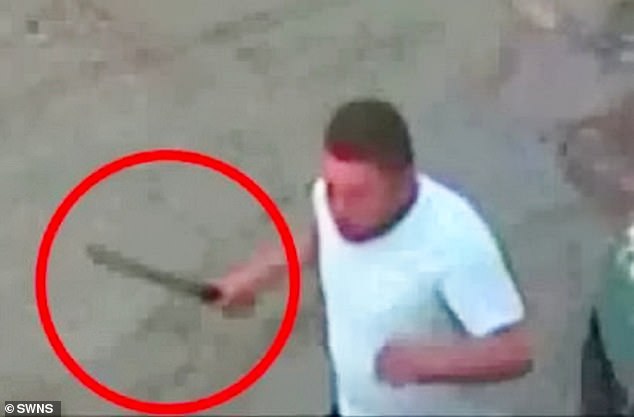 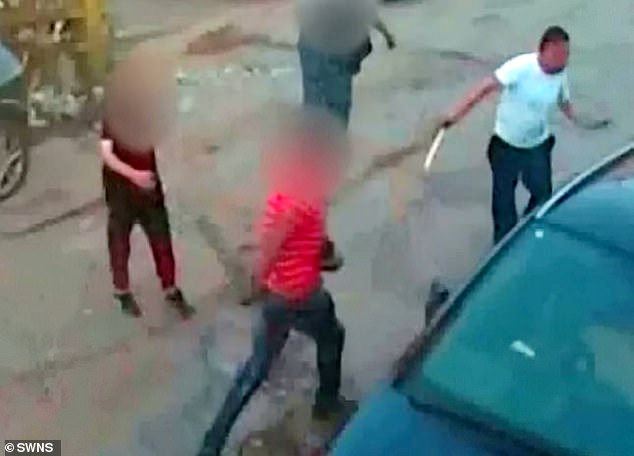 The crook had been part of a gang that had earlier broken into a Birmingham city centre convenience store having cut through the ceiling.

They fled with £15,000 worth of cigarettes, cash and the security box before Mohammed tried to break open the safe at the unit in the Handsworth area of the city.

The thug attempting to scare off the Good Samaritan as he grabbed a machete from his white Mercedes getaway car and ran towards him swinging the blade.

But he hadn’t counted on the fearless man standing his ground and taking on the knifeman with a piece of wood he picked up from the floor.

The security camera footage shows Mohammed backing away and then running off before the man called police to report the group. 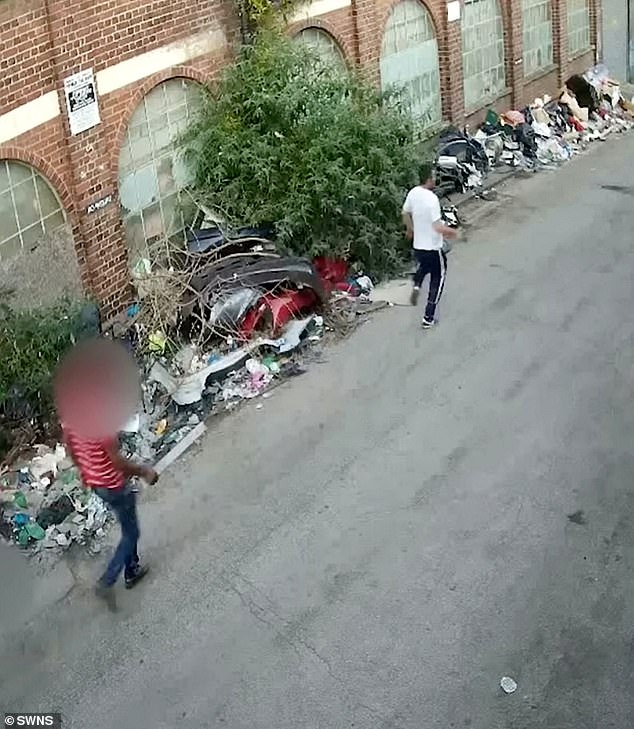 The 35-year-old tried scaring off the Good Samaritan as he grabbed a machete from his white Mercedes getaway car and ran towards him swinging the blade. But he hadn’t banked on the fearless man standing his ground 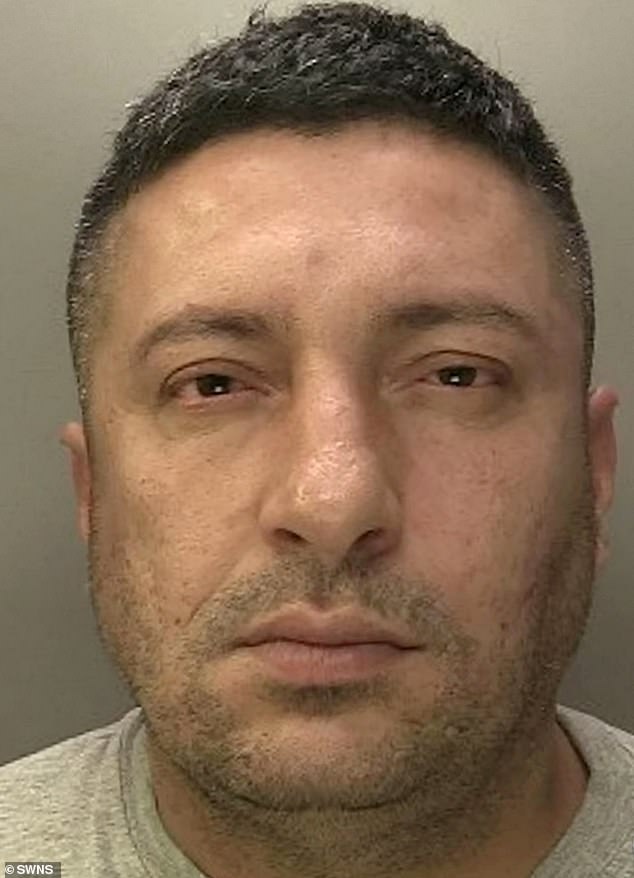 A search of the vehicle uncovered tools used in the burglary plus cash and Viagra tablets also stolen from the shop.

His phone was also found to contain a video he took of his 32-year-old accomplice, who was previously jailed for 40 months, breaking into the stolen safe.

West Midlands Police also found the trainers he was seen wearing in the CCTV at his home.

Mohammed denied burglary, going equipped for burglary and making threats with a bladed article but was found guilty following a four-day trial.

He was jailed for four years at Birmingham Crown Court on Monday, April 19.

The courageous worker, who police have not named, has now been nominated for a bravery award by the force.

PC Mat Evans, from Birmingham Police, said: ‘He showed incredible bravery in being able to fend off the gang, and ended up chasing them all off despite being outnumbered and facing a terrifying weapon.

‘We are nominating him for a police bravery award.

‘Not only did he demonstrate incredible bravery in defending himself, but his evidence was vital to pulling the whole case together to secure a conviction against a violent crook.’