THIS is the horrifying moment a BMW "going 80mph" screeched past a horse – terrifying its 11-year-old rider.

Sully – an eight-year-old gelding – was spooked by the vehicle's squealing tyres as the driver sped past rider Izzy Wykeham-Martin in Wanborough, Wiltshire. 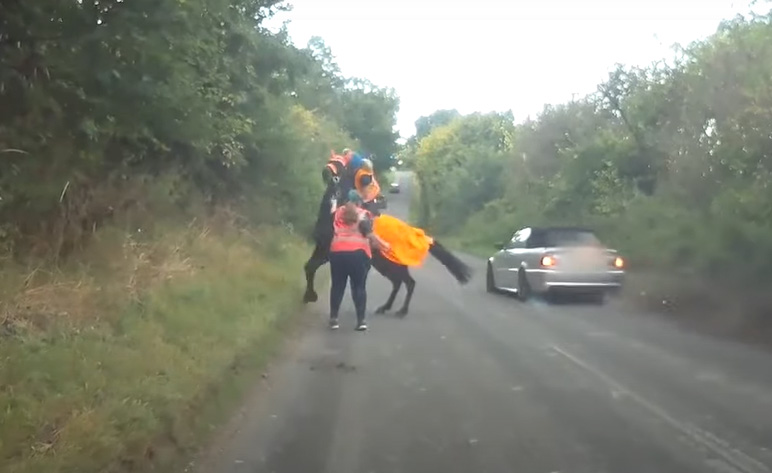 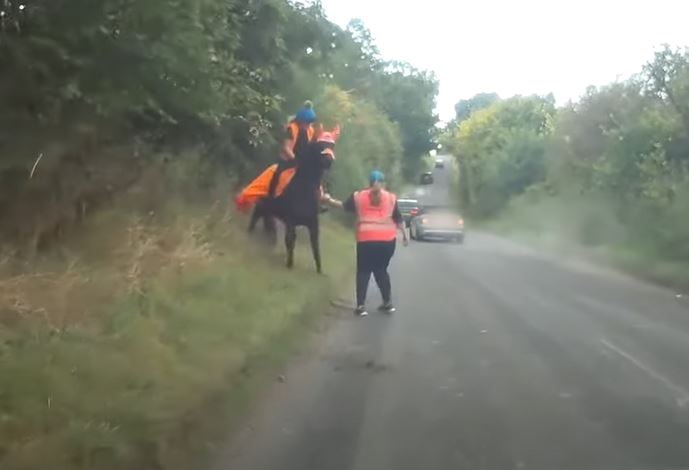 Luckily, Izzy's quick-thinking sister Niamh held onto the pony tightly as it started to freak, eventually calming it down so Izzy could ride on.

Niamh's partner Matthew Lane, 23, drove behind the horse in his car – and captured the terrifying near-miss on his dashcam.

Cars are initially seen slowing down to pass Izzy and Sully with ample space.

But when the silver BMW speeds into the shot, a terrifying screech is heard as it passes the horse.

Sully is seen skirting across the road as he tries to run from the noise, before jumping up onto a nearby grassy verge.

Brave Izzy holds on tightly as her sister tries to calm the spooked animal.

But the scary situation was so traumatising, the youngster hasn't been able to get back on Sully since.

Niamh told the Swindon Advertiser: It was a nerve wracking situation, it didn’t really hit me how scary it was until everything had calmed down.

“Sully heard the squealing before he saw anything and all of a sudden this car comes past him really fast, his first instinct was to get away, run.

“Both my sister and I were very shaken up, she had to get off the horse and go in the car as she wasn’t able to get back on. She has anxiety and this wasn’t very good for her, it took her at least an hour to calm down."

Wiltshire Police are investigating the incident. 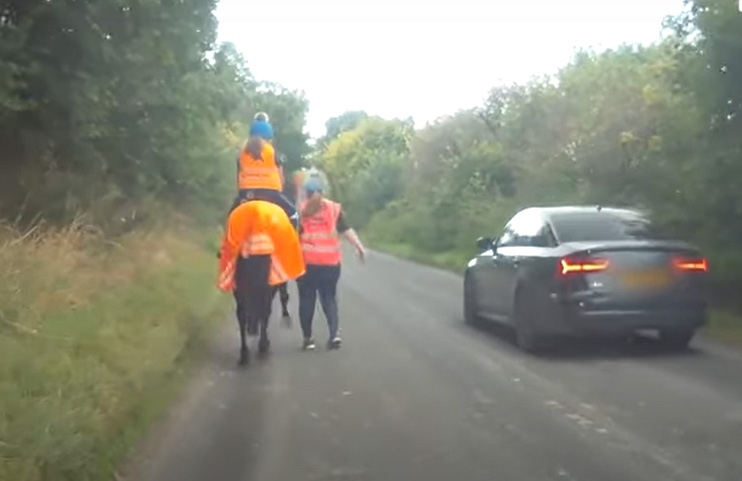