‘I know you knew I was pregnant’: Grieving Washington Post video editor who suffered a stillbirth writes open letter to social media giants begging them to stop bombarding her with baby ads

A devastated Washington Post staffer who delivered a stillborn baby boy earlier this month has penned an open letter to Facebook and other Silicon Valley giants begging them to stop inundating her feed with ads promoting maternity and baby products.

Gillian Brockell, a digital video editor at The Post, and her husband of one year, Bobby Gulshan, lost their child, whom they planned to name Sohan, from unspecified in utero complications on December 1, about 32 weeks into her pregnancy.

Brockell broke the devastating news on her Twitter and Instagram pages, but according to her letter addressed to tech companies, that did not stop them from continuing to display ads for maternity bras, strollers and nursery decor. 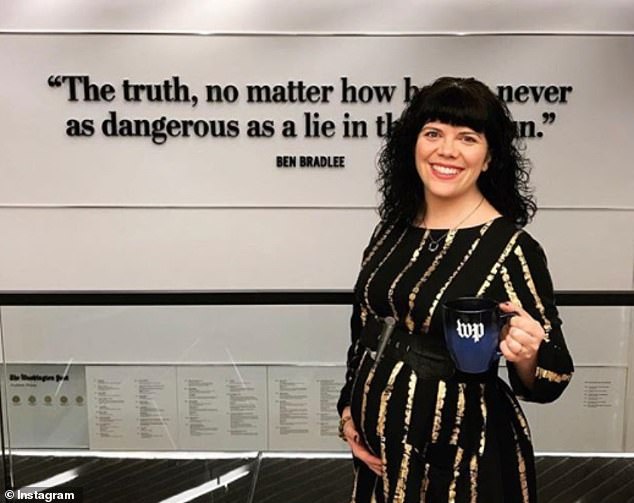 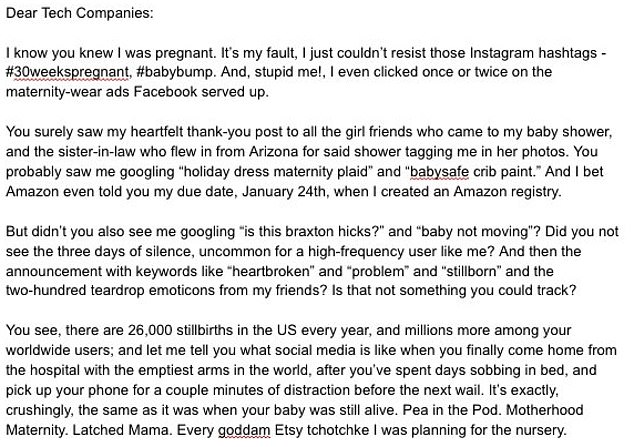 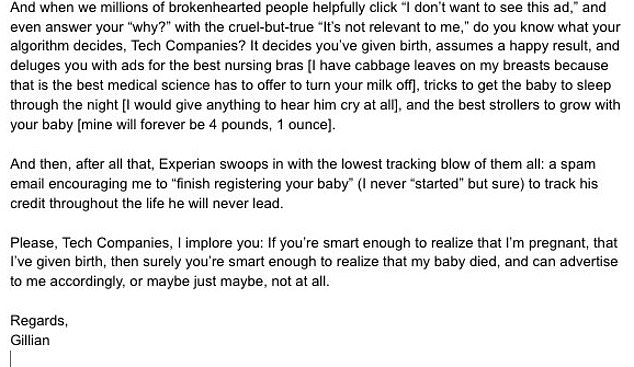 ‘I know you knew I was pregnant,’ Brockell writes in the opening of the missive she tweeted out on Tuesday. ‘It’s my fault, I just couldn’t resist those Instagram hashtags – #30weekspregant, #babybump. And, stupid me!, I even clicked once or twice on the maternity-wear ads Facebook served up.’

Her Instagram page displays multiple selfies tracking the growth of her baby bump and related content invoking the upcoming birth of her first child. 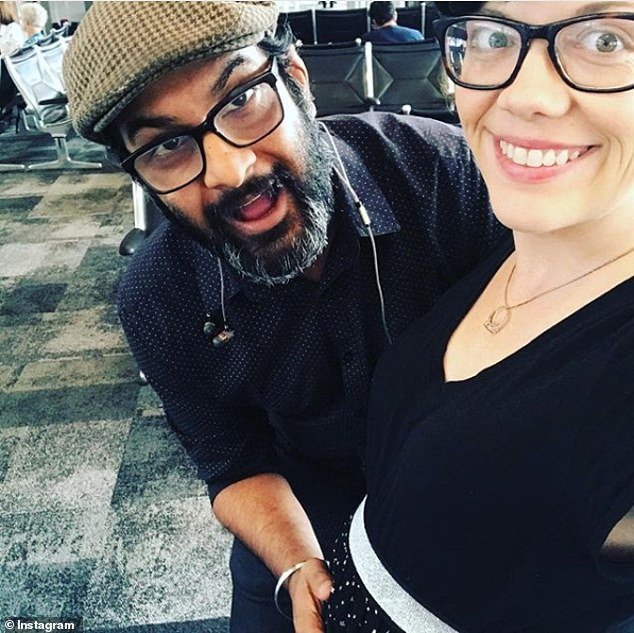 Brockell and her husband of one year, Bobby, were set to welcome their first child together, a boy they were going to name Sohan, on January 24

‘Didn’t you see me googling “is this braxton hicks?” and “baby not moving?”‘ Brockell inquires. ‘Did you not see the three days of silence, uncommon for a high-frequencies user like me? And then the announcement with keywords like “heartbroken” and “problem” and “stillborn” and the two-hundred teardrop emoticons from my friends? Is that not something you could track?’ 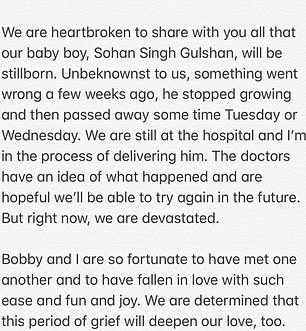 Crushing blow: On November 30, Brockell took to Twitter to break the news that her and Bobby’s son will be stillborn

In a heart-wrenching tweet dated November 30, Brocklell, writing on behalf of herself and her husband, shared the news that baby Sohan will be stillborn.

‘Unbeknownst to us, something went wrong a few weeks ago, he stopped growing and then passed away some time Tuesday or Wednesday,’ she wrote that Friday.

She went on to say that her doctors have an idea what happened, and that she and Bobby will try to get pregnant again in the future.

‘But right now, we are devastated,’ the statement read.

In her open letter to Silicon Valley giants, Brockell writes that parents who come home from the hospital ‘with the emptiest arms in the world’ and who turn to social media in their hour of grief hoping for a momentary distraction from ‘sobbing in bed’ for days are instead reminded of their loss with ads picked out by an algorithm that has decided that the pregnancy and delivery had a ‘happy result.’ 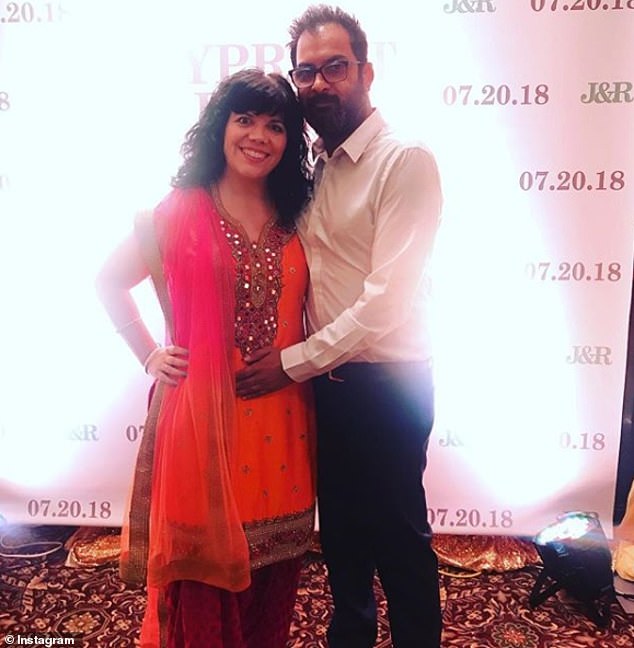 Brockell argued that if tech companies’ algorithms knew she was pregnant by tracking her searches and posts, they should have known she lost her baby

The Post journalist’s impassioned plea has gone viral, drawing more than 19,000 retweets and nearly 2,000 sympathetic comments, including from Monica Lewinsky and Brockell’s colleague at the post Alexandra Petri.

Brockell later tweeted that someone from Facebook has reached out to her in response to her plea, but she did not go into detail.