The body of a missing Fort Hood soldier is believed to have been found in Texas, according to reports.

An initial examination of the body suggests it is that of Army Sgt. Elder Fernandes, who was reported missing Aug. 19 after last being seen Aug. 17, Houston’s KPRC-TV reported.

Police in Temple, Texas, received a call around 5:30 p.m. Tueday saying a male was seen near railroad tracks. When officers arrived they found a dead body that was believed to be that of the 23-year-old Fernandes.

Authorities said foul play was not immediately suspected but an investigation was continuing.

The discovery was made about 30 miles from Fort Hood, The Associated Press reported.

“Our thoughts and prayers are with the Fernandes family during this challenging time,” Temple police Chief Shawn Reynolds said, according to KPRC. 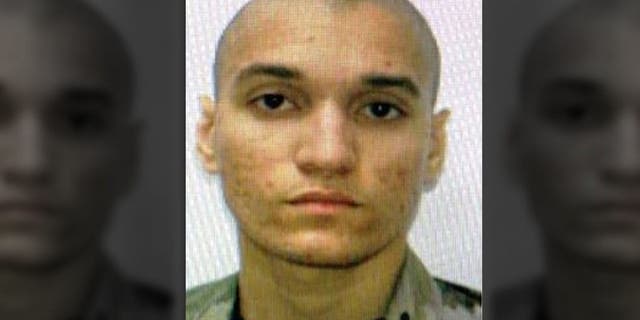 A body found in Temple, Texas, on Tuesday was believed to be that of Army Sgt. Elder Fernandes, 23, who was reported missing Aug. 19, authorities say.

There have been several tragedies at Fort Hood this year:

Pfc. Vanessa Guillen disappeared in April and her remains were found in July. Another soldier from Fort Hood, Aaron David Robinson, was suspected in Guillen’s disappearance and killed himself when police officers tried to make contact with him last month.

The remains of Pvt. Gregory Morales were found in June, nearly a year after he disappeared. The U.S. Army said foul play is expected in the case.

Fox News’ Paul Best and The Associated Press contributed to this story.