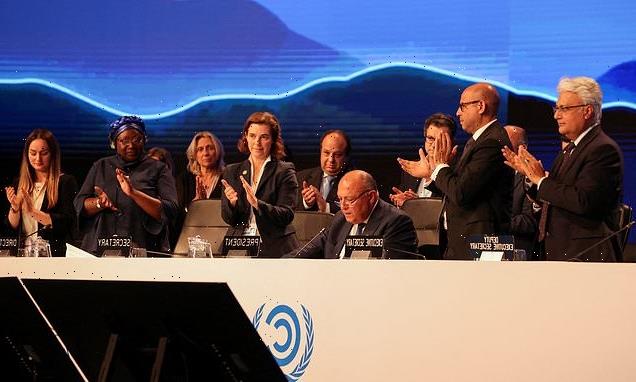 Britons face ‘reparations’ bill for climate change: Ministers brace for backlash after COP27 summit agrees ‘loss and damage’ fund for developing countries… but who will get the money and how much?

Ministers are bracing for a backlash today after the COP27 summit agreed a ‘loss and damage’ fund to compensate countries hammered by climate change.

The mechanism was signed off in principle at the UN gathering in Egypt in the early hours of the morning, but Tories have already lashed out at the idea of the UK paying ‘reparations’.

They have insisted that funding should focus on helping populations adapt to climate change.

However, states that industrialised later from Asia, Africa, Latin America, the Caribbean and the South Pacific have argued that they are suffering the consequences without contributing to the problems.

It is not clear what countries will receive funding, how much, and who will contribute – although it is thought that China will not be putting into the pot. 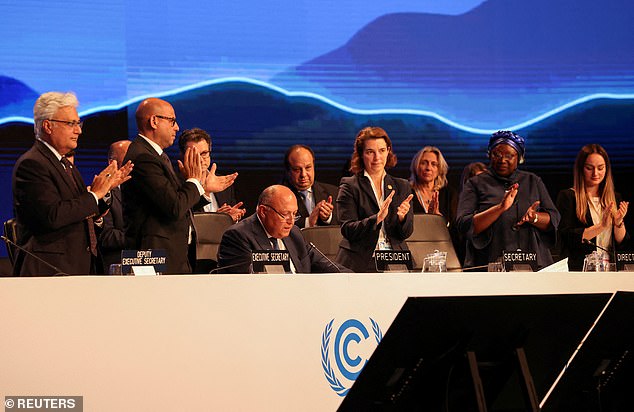 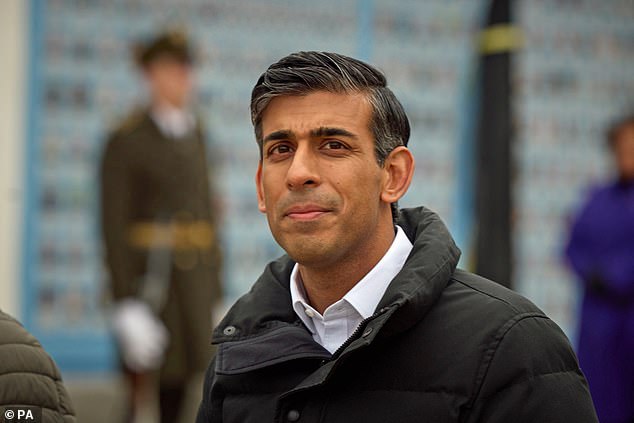 Debate over whether and how to compensate vulnerable countries for ‘loss and damage’ caused by climate change has been raging for decades.

Supporters argue that states that have not contributed much to carbon emissions are suffering worst from extreme weather and rising sea levels.

However, critics insist there is no way developed countries can be held responsible for behaviour during industrialisation – which also brought huge improvements in living standards around the globe – or have the means to pay for all the consequences.

There is no agreed definition of what constitutes ‘loss and damage’ from climate change, certainty about how the impact will be felt over the coming decades, consensus on who deserves money, or clarity about how the bill would break down between developed states.

Any effort to include China in a list of those due damages would cause fury.

One often-cited study from 2018 attempted to calculate the costs for vulnerable countries that could not be met by ‘adaptation’, suggesting it could reach a trillion dollars a year by 2040.

Some of the countries often named as in need of support are:

Earlier this month Rishi Sunak said he was ‘pleased’ there was a ‘dialogue’ on ‘loss and damage’.

He told MPs the summit would ‘discuss arrangements for funding activities to avert, minimise and address loss and damage’.

But the PM denied that a ‘loss and damage’ fund would be the equivalent to ‘reparations’ for past carbon emissions.

Boris Johnson told a fringe event at the summit that Britain ‘simply doesn’t have the financial resources’ to pay reparations and ‘no country does’.

While admitting that the UK had contributed vast carbon emissions, he argued that the focus should be on finding private investment and technological solutions. ‘Let’s look to the future,’ he added.

‘There is no need to pay reparations. Our leadership of the industrial revolution brought prosperity to the world and led to increased life expectancy and better living conditions,’ he tweeted earlier this month.

However, Nicola Sturgeon’s Scottish Government used the summit to announce an extra £5milllion in ‘loss and damage’ cash for climate-hit communites.

Austria also pledged ‘loss and damage’ money at the Egypt conference, with a commitment of at least 50 million euros over the next four years.

Belgium, Denmark and Germany have also pledged small amounts of funding for ‘loss and damage’.

Wrangling is now expected over who pays what – which could well mean nothing is finalised for years.

According to the agreement, the fund would initially draw on contributions from developed countries and other private and public sources such as international financial institutions.

While major emerging economies such as China would not automatically have to contribute, the option remains on the table. That was is a key demand by Western states, who argued that Beijing and other large polluters have the financial clout to pay their way.

The fund would be largely aimed at the most vulnerable nations, though there would be room for middle-income countries that are severely battered by climate disasters to get aid.

If a Republican like Ron DeSantis ends up winning the presidency, the fund could face being scrapped again.

Donald Trump pulled the US out of the 2015 UN Paris Accord on climate change, saying it represented a bad deal for America – with Mr DeSantis known to share many of the 45th president’s views.

China – currently the world’s biggest polluter – is still considered a developing nation, despite its vast economy. 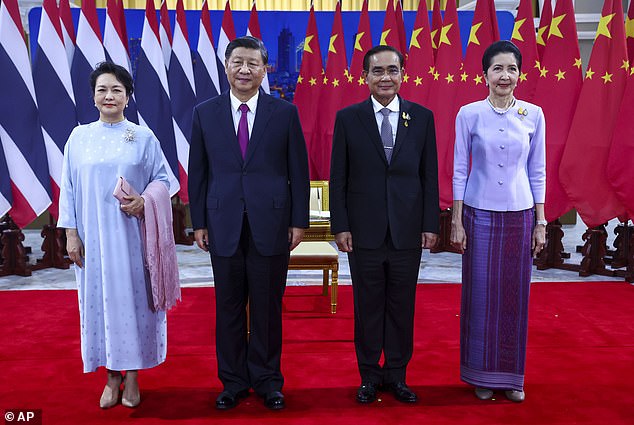 China is not expected to contribute to any ‘loss and damage’ fund, because it is still considered a developing nation