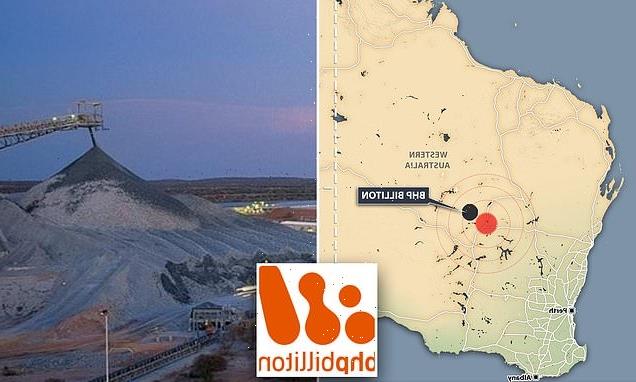 A 3.5 magnitude earthquake has caused mining giant BHP to lose contact with their underground workers after the seismic shock cut communication lines.

BHP’s Nickel West site, near Leinster in Western Australia’s Goldfields, was hit by a seismic event yesterday at 3.24pm.

The tremors from the earthquake caused a complete power outage at the nickel mine, around 10 hours south of Perth, and crippled the site.

BHP told Daily Mail Australia the blackout resulted in a loss of communication with members of the underground team.

‘All team members are safe, uninjured and accounted for,’ a BHP spokesperson said. 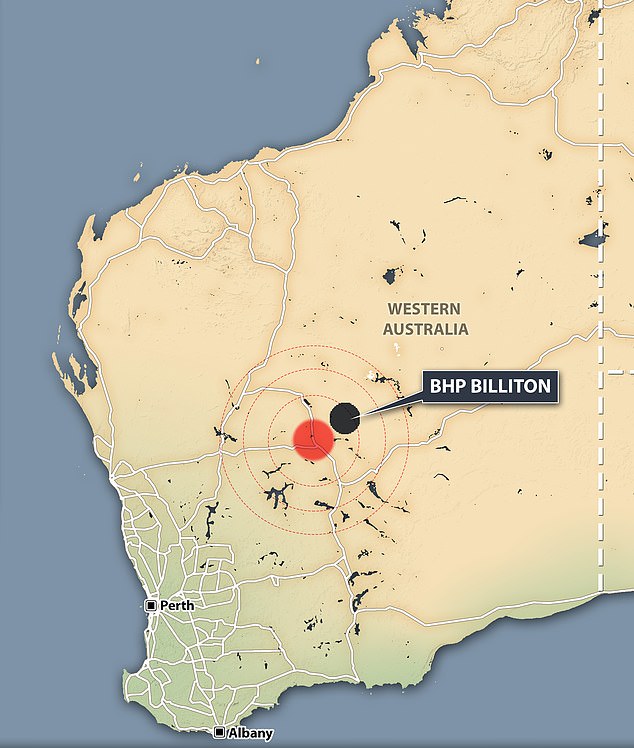 The 3.5 magnitude earthquake cut off power and communication with underground workers

The Nickel West site (pictured), 10 hours from Perth, is one of the world’s leading nickel suppliers

‘The safety of our people and operations is underpinned by our strong operating systems, technical monitoring procedures and the diligence and hard work of our teams.

‘There is nothing more important than the safety of our people.’

The BHP spokesperson said tests were being run at the site to make sure the mine was safe and no issues had come from the power outage.

‘In line with our usual processes, operations will resume once safety tests have been completed,’ they said.

The mining site was shut down 10 years ago due to a similar incident where a 3.7 magnitude earthquake caused employees to be immediately evacuated from the site and rushed to a safety chamber.

The Goldfields region, in the south-eastern corner of Western Australia, has a higher seismic risk than other parts of the state.

The town of Norseman, in the Goldfields-Esperance region, was declared the nation’s shakiest town in 2016 by Geoscience Australia. 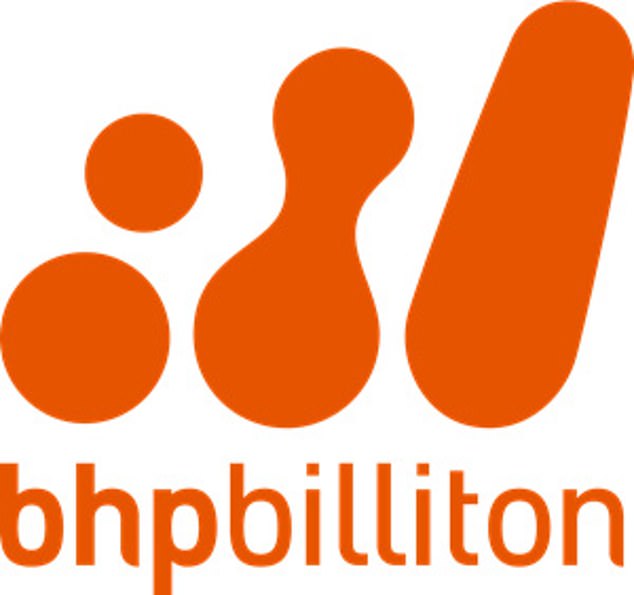