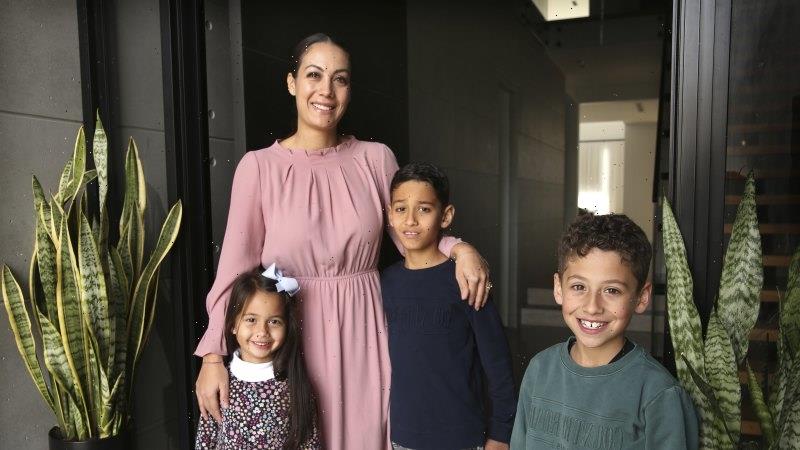 Western Australia has once again led the country’s gender pay gap list at 21.2 per cent, triple South Australia’s 7.4 per cent gap, with our state’s dominant industries identified as the reason.

An Australia-wide analysis by the federal government’s Workplace Gender Equality Agency paints a bleak picture of gender equality in the private sector. 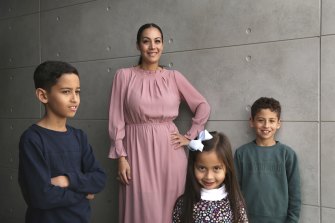 Working mum Connie Craparotta job-shares with a colleague so she can take care of her three children, Marc, Luca and Emilia.Credit:James Alcock

Wages and Ages: Mapping the Gender Pay Gap by Age shows the gap widens substantially when women turn 35, with women earning $7.78 for every $10 earned by their male counterparts.

The data, taken from more than 3 million Australian employees, shows women never out-earn their male colleagues across all age groups, but the gap is most significant when people reach their peak earning capacity, between 45 and 64 years old.

The most highly paid jobs are reserved for full-time workers and more than 90 per cent of managerial roles are full-time yet at no stage were more than half of women working full-time.

Women who take on senior or chief executive roles at 55 plus still face a large earnings gap, taking home about $93,000 per year less on average than male counterparts.

The differences between states and territories can be partly explained by industry profiles, the analysis explains.

“For example, the full-time workforce in Western Australia has larger mining and construction sectors than other states, which are industries with relatively high earnings and low representation of women,” it says.

“In contrast, South Australia and the Australian Capital Territory have large public sectors, which traditionally has a lower gender pay gap and more balanced gender representation.”

If these trends continue, Millennial women in the workforce will earn just 70 per cent of men’s earnings by the time they reach age 45.

The agency’s director Mary Wooldridge said many low-paying jobs in the care and education sectors were dominated by women, but this only contributed to about 20 per cent of the pay gap problem. The bigger drivers are discrimination and time outside the workforce to care for children and family.

Wooldridge said while some women choose to cut down their work hours because it suited them, most felt they had no alternative.

“They’re constrained because an organisation may not be prepared for them to work part-time and return to the workforce, or they may not be able to access childcare,” she said.

“To utilise the talents of women, we need to provide as much support as possible for them return to work flexibly … and to genuinely think about part-time roles in senior management.”

The former Victorian Liberal MP served as mental health and women’s minister in that state’s Baillieu-Napthine government and has called for her party to consider gender quotas. She is now demanding Australian companies commit to gender-based targets and publicly report data.

“Companies do need to analyse where the pay gaps are, they need to be setting targets to address them and they need to be consistently seeing how they’re performing and reporting to their boards about that,” she said.

“That’s how things change within organisations and that will be a better outcome for the men who work there and for the organisation as well.”

The federal Labor government’s election agenda to increase childcare subsidies for nearly all Australians will seek to address the gap, by lifting the childcare subsidy rate to 90 per cent for the first child in care.

The Fair Work Commission’s decision to raise the national minimum wage by 5.2 per cent will also benefit the lowest-paid jobs, largely worked by women.

When Connie Craparotta, a service commercial manager at Philips Electronics, hit her early 30s, she arrived at a fork in the road.

“You always think you have to choose between family and career,” she said. “There’s that society pressure that you can’t have both. I always wanted to remain with the company and really valued my career. I didn’t want to just give it up.”

The choice felt especially stark when she was offered a more senior, higher-paid managerial job, but the role was full-time which was impossible for her to do while raising three children.

Many may have stopped there, but Craparotta hatched a plan. She proposed to share the role with a colleague. The company agreed to a six-month secondment in which the pair had to prove they could pull it off. They over-achieved and were offered the gig permanently last year.

“We thought, why not bring together with different skill sets and see how it worked,” she said.

She also warned companies to watch out for a “bias towards presenteeism”, which sees job promotions go towards those more regularly working in the office rather than at home.