As a winter storm moves through the Midwest toward the Northeast, 31 states are under advisories and alerts this morning for snow, wind and extreme cold. 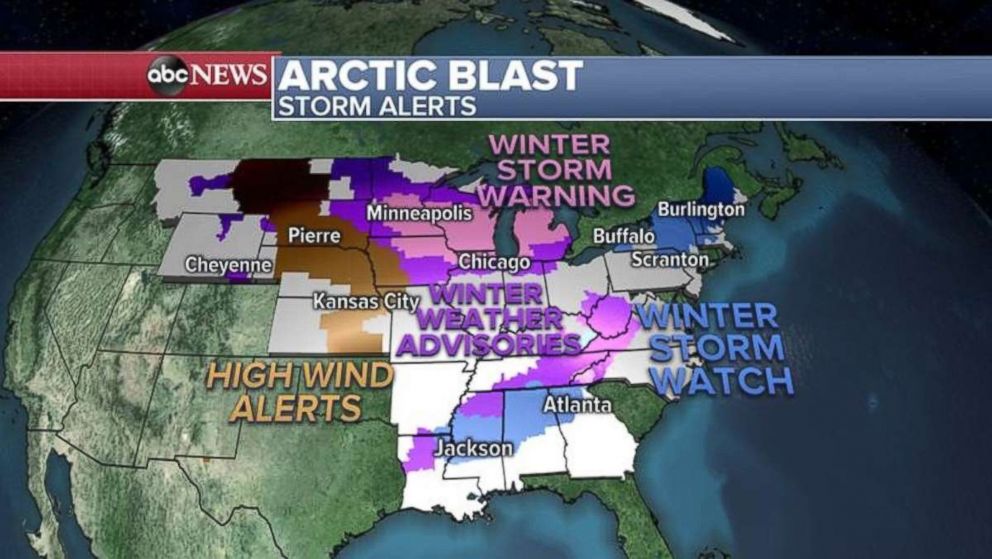 This morning, snow that’s leaving Minneapolis will be heading directly for Chicago and Detroit. The same storm system and a cold front will swing south and east tonight, into tomorrow, potentially delivering a rare snowfall to states along the Gulf Coast.

That same storm then is forecast to swing north and east, taking snow to the Northeast, mostly away from the coasts, on Tuesday. New York City, Washington and Boston mostly will see rain, but snow is possible later that night.

In the deep South, 1 to 3 inches of snow coupled with a flash freeze could paralyze major cities including Atlanta. Also on Tuesday, parts of Michigan may see up to a foot of snow, while 6 to 12 inches may fall from parts of Pennsylvania up through Maine. 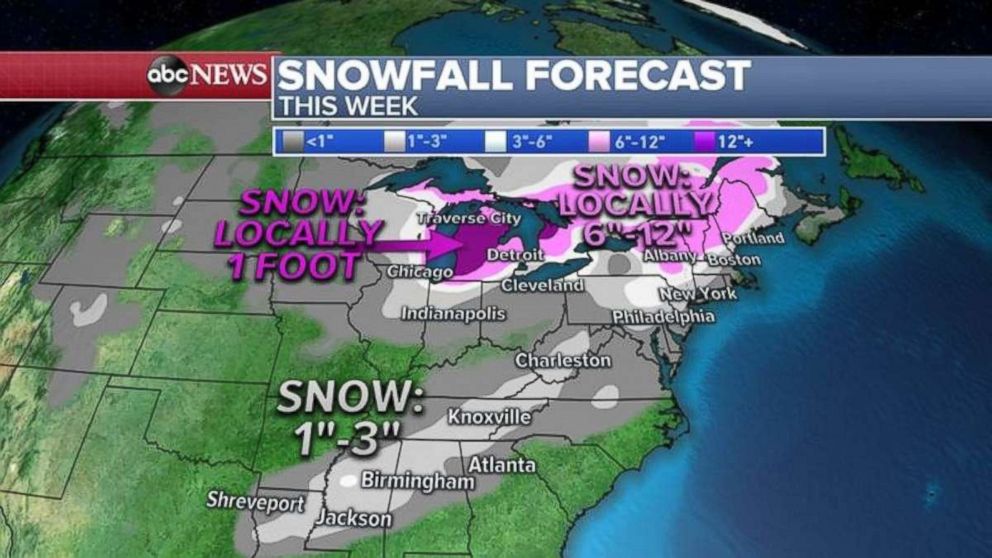 Following that winter storm, the Midwest may see its coldest air since the mid-1990s, with temperatures double digits below zero — including minus 51 on Wednesday in Minnesota. 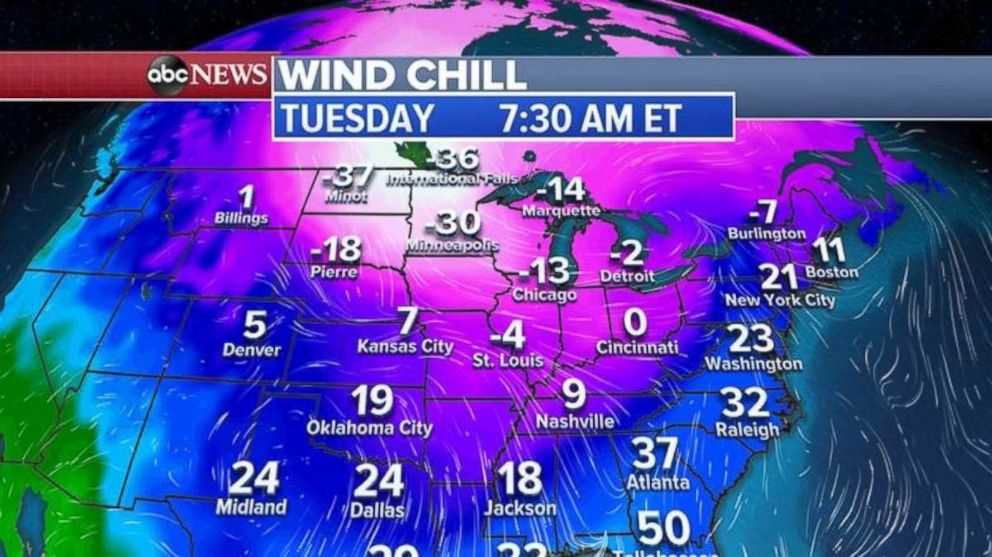 That cold air is likely to penetrate all the way south into the Gulf Coast, and it’ll affect the East Coast, where the wind chill in New York City may be just 1 degree. 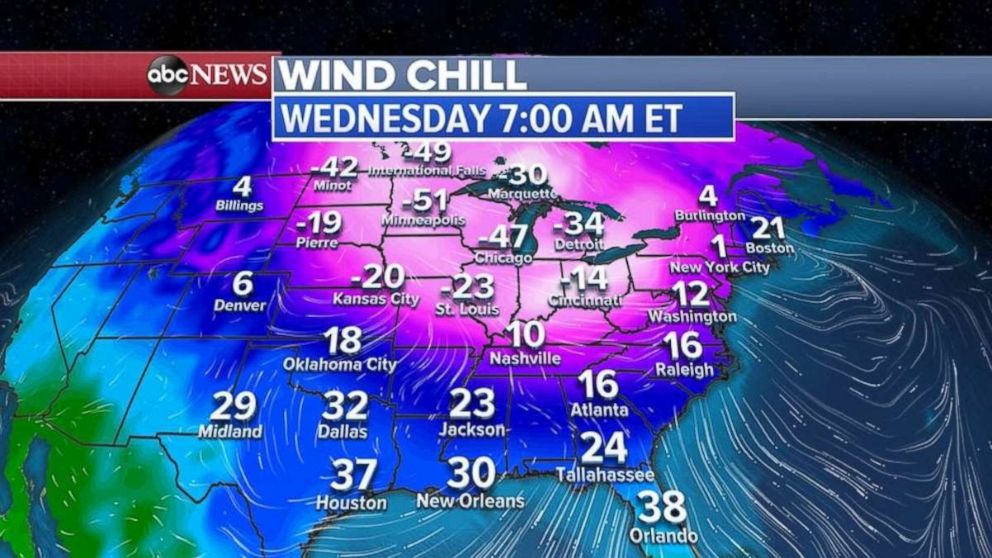