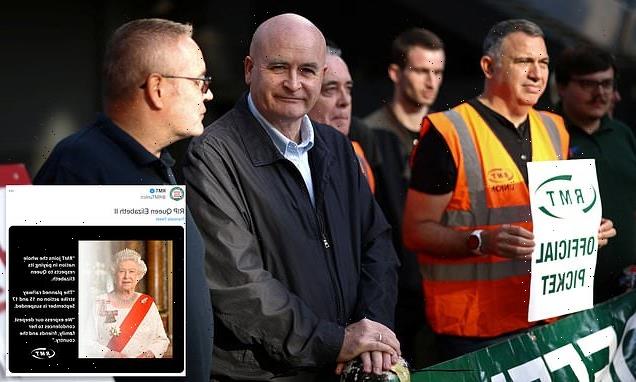 Rail union baron Mick Lynch has called off strikes planned for next week in a show of respect after the death of the Queen this evening.

The Rail, Maritime and Transport (RMT) Union boss Mr Lynch said the walkout of rail workers was ‘suspended’ as the union joins ‘the whole nation in paying its respects’.

Last week, the RMT announced members would take strike action next Thursday and Saturday, causing rail chaos in a long-running dispute over pay, jobs and conditions.

‘The planned railway strike action on 15 and 17 September is suspended.

‘We express our deepest condolences to her family, friends and the country.’ 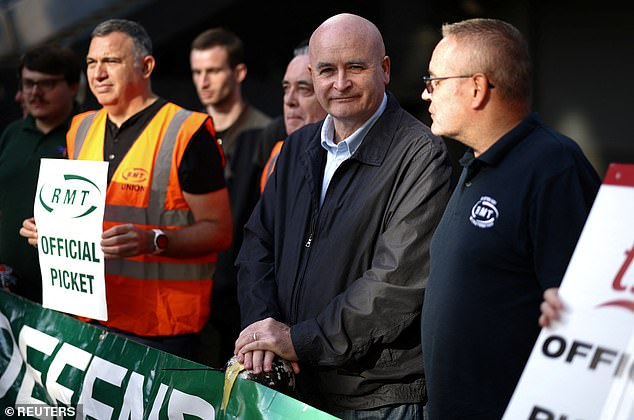 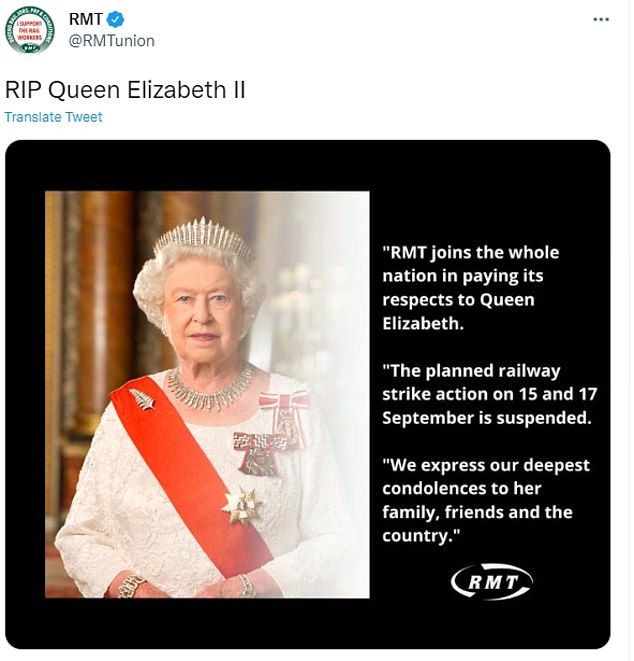 RMT announced on Twitter that they would be suspending rail walkouts next week and express deepest condolences to the Queen Elizabeth II’s family, friends and the country 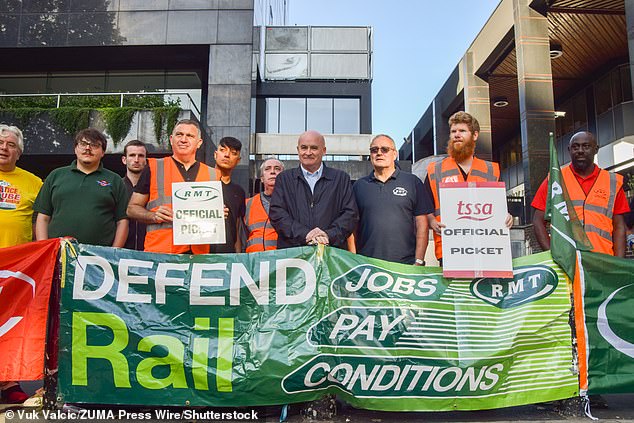 Over 40,000 RMT members from Network Rail and across 14 train operating companies had planned to walk out during the two day walkout on September 15 and 17.

Union barons said last Thursday, September 1, that the strikes which were set to take place on the same day as train drivers from Aslef walk out, would ‘effectively shut down the railway network’.

RMT’s original plan for strikes came after the union Aslef confirmed that train drivers at 12 rail companies would strike on September 15 and tram strikes in London from next Monday to Wednesday.

However, the Aslef union have not made an announcement of suspending next week’s planned railway strikes in the wake of the Queen’s death.

Earlier today, before the announcement of the Queen’s death, Aslef decided to suspend the planned three days of strike action by tram drivers on London Tramlink next week from Monday September 12 September 14.

They said it came ‘following an improved pay offer from First Tram Operations, the company which operates the system on behalf of Transport for London’.

Finn Brennan, Aslef’s organiser on London Underground and London Tramlink, said: ‘Although the improved offer does not meet our members’ aspirations, ASLEF will always look for a solution that avoids disruption to passengers and our members losing money unnecessarily while trying to achieve our objectives.

‘So our negotiating team has agreed to postpone the strike action planned for next week so we can meet management at ACAS to discuss and further improve their offer.’