Michigan co-offensive coordinator Matt Weiss is currently on leave from the school amid a reported investigation into “computer access crimes.”

According to ESPN, the university police department is investigating an allegation of computer access crimes at the Schembechler Hall football facility in December. A school spokesperson said that Weiss had been placed on leave.

Weiss said in a statement to ESPN that he was “fully cooperating” with investigators from the police department and the report cited a neighbor who said that police had been to Weiss’ home last week. Per a police statement, the alleged crimes happened between Dec. 21 and Dec. 23. Those three days were the early signing period for high school recruits in the class of 2023.

Weiss has been with Michigan for two seasons. He was the team’s quarterbacks coach in 2021 and retained that title while becoming the co-offensive coordinator in 2022. Michigan has won the Big Ten in each of the past two seasons and made the College Football Playoff, though the Wolverines have lost in the semifinals in each appearance.

Before coaching at Michigan, Weiss worked for Jim Harbaugh’s brother John at the Baltimore Ravens from 2009-20 and worked with Jim Harbaugh at Stanford as a graduate assistant before he was in the NFL.

Weiss’ absence from the team comes as Jim Harbaugh reiterated that he’d be back at Michigan in 2023. Harbaugh had previously said that he expected to coach the Wolverines next season, though he had been in contact with NFL teams that had head coaching vacancies. 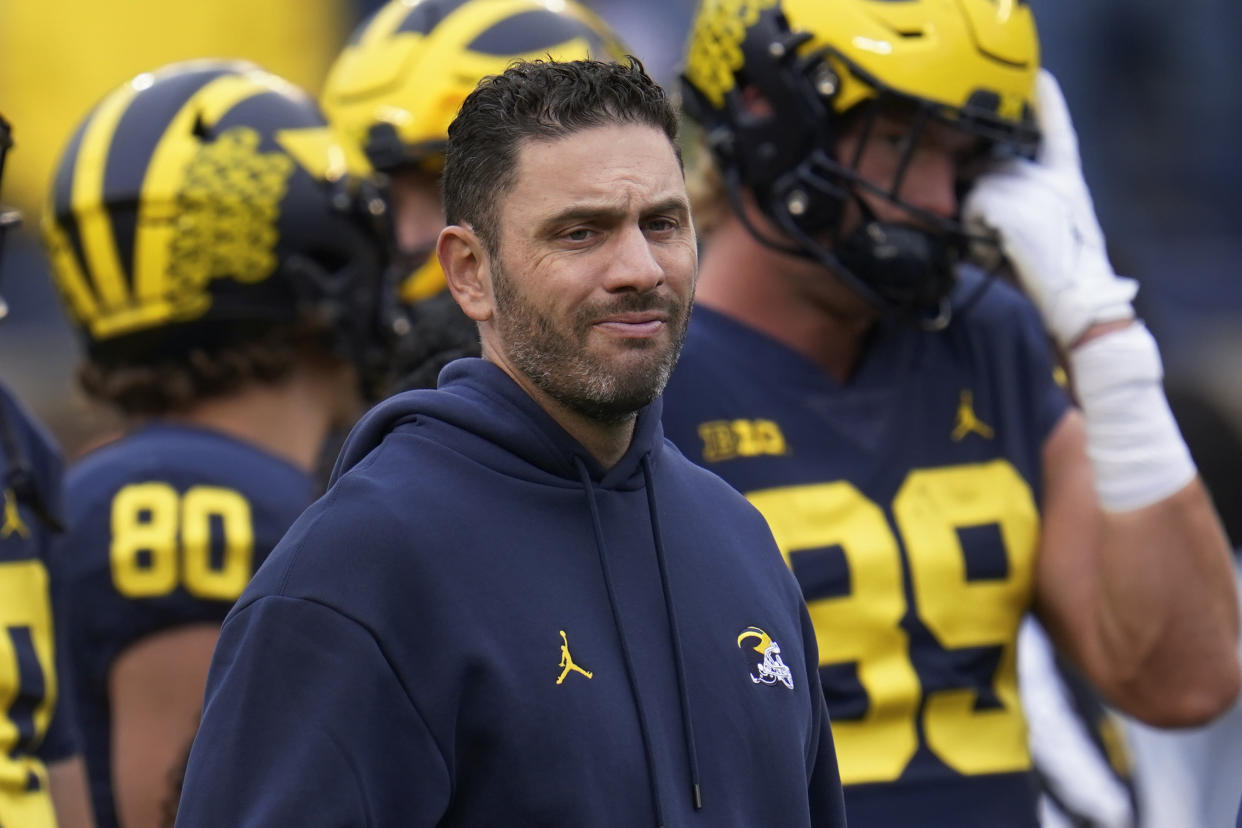