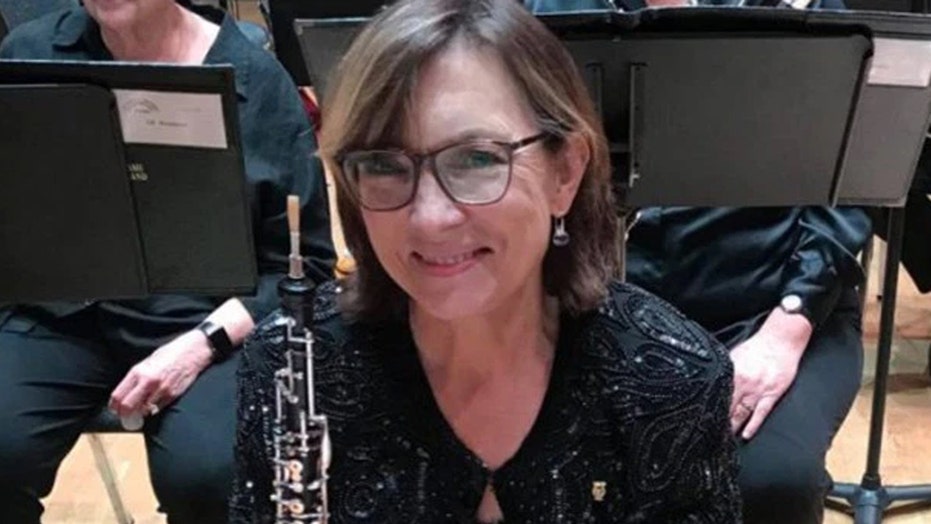 A symphony oboe player in Florida died minutes before a season-opening concert performance was set to begin on Sunday after she fell down a flight of stairs, according to officials.

The Greater Miami Symphonic Band said on Facebook that Janice Thomson, 62, tumbled down a flight of stairs at the Maurice Gusman Concert Hall at the University of Miami in Coral Gables about 20 minutes before the season-opening concert.

Grace Harrington, a French horn player in the band and a student at the university, told The Miami Hurricane she was standing in the lobby when she heard a "bone-crunching" sound and heard screams.

“Everyone was running to get her,” she told the student newspaper. “They were screaming for a doctor.”

Thomson's husband and parents were in attendance for the concert when the accident happened, according to the band. 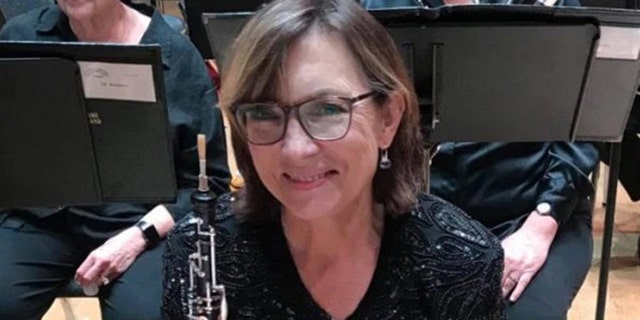 Janice Thomson died Monday after falling down a flight of stairs minutes before a season-opening concert performance.
(Facebook)

Thomson was then transported to an area hospital by ambulance but the group said she succumbed to her injuries on Monday and was "surrounded by loved ones."

The 62-year-old had been placed on life-support and sustained internal bleeding, according to the Hurricane.

The Greater Miami Symphonic Band said that it will be dedicating a concert on Dec. 10 in the same concert hall where the fall took place in her memory.

"As has been our tradition, we will have an unoccupied seat in the oboe section with a single rose on it," the group said. "Please keep her family in your thoughts during this difficult holiday season.

The university told the student paper it was "heartbroken" by the "tragic incident."

"While this is an ongoing investigation and we are still trying to determine exactly what happened, we offer our deepest condolences to the family," the school said in a statement.

Black Mirror creator Charlie Brooker has dropped a sneaky teaser for a ‘brand new episode’ titled Death To 2020. The...

The Bureau of Land Management announced on Thursday that it plans to sell oil and gas leases in the Arctic...