TLAHUELILPAN, Mexico (Reuters) – Days after a fireball erupted near the Mexican town of Tlahuelilpan, killing at least 117 people pilfering gasoline from a pipeline, the area’s fuel bandits were back in business. 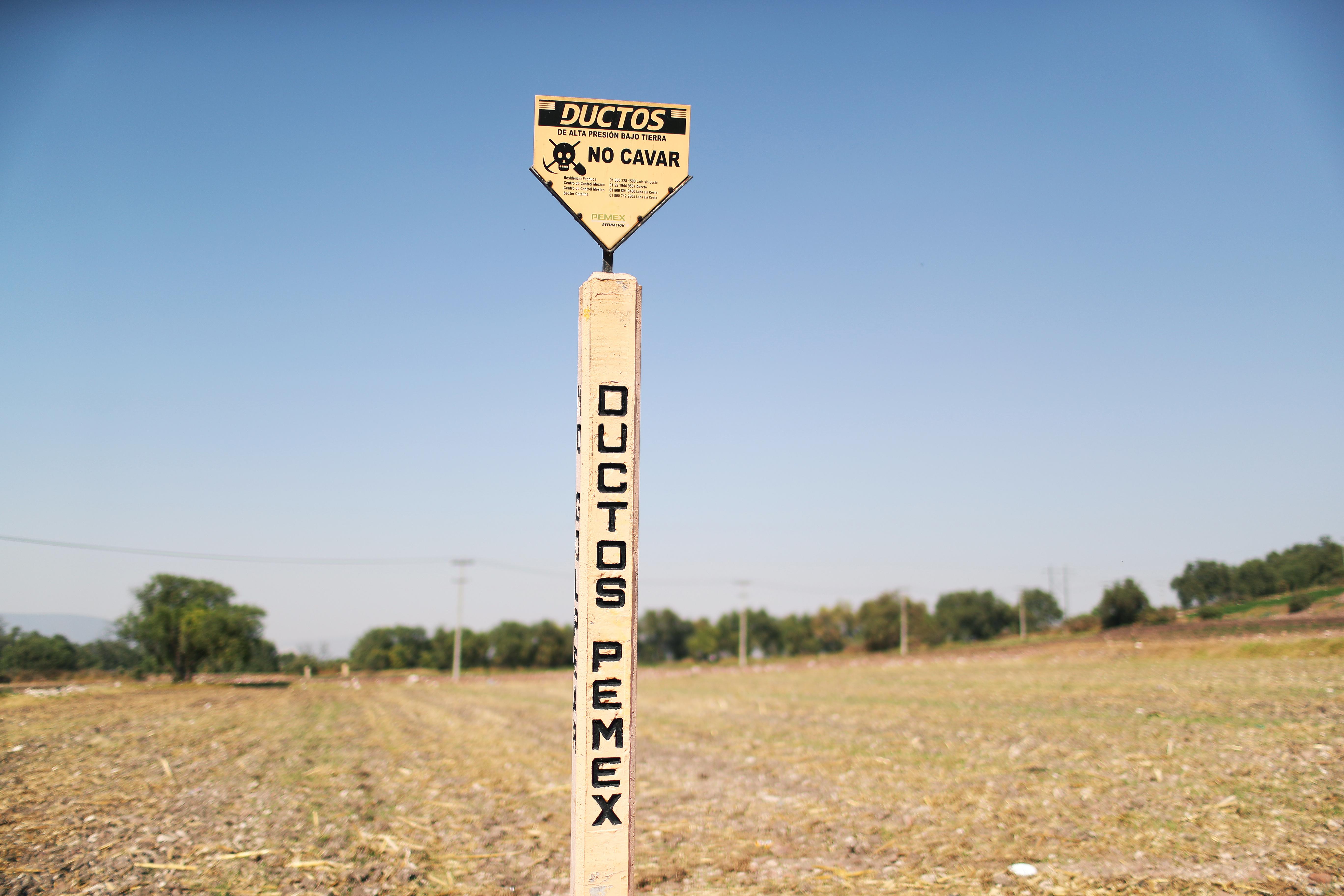 Illegal taps, some of them newly opened, were the giveaway that fuel was flowing again. Soldiers patrolling this area in central Mexico after the Jan. 18 tragedy told Reuters they found 15 illicit spigots just a few kilometers away on the same pipeline operated by the nation’s state-owned oil company Petroleos Mexicanos or Pemex.

In one spot, Reuters saw a freshly dug hole leading to a shiny valve attached to the pipeline lying about a meter underground. Nearby were discarded plastic hoses, snack wrappers, an empty pack of cigarettes and a blanket still wet with gasoline.

Such is the mammoth task confronting President Andres Manuel Lopez Obrador, who has vowed to end Mexico’s rampant fuel theft. The practice is depriving the government of badly needed tax revenue; it cost Pemex an estimated $3 billion last year alone.

Security experts say small-time thieves, organized crime gangs and corrupt Pemex employees all have a hand in the trade. The crudest operators hack into pipelines to siphon gasoline and diesel, often at night in rural outposts. They then resell it to gas station owners, at roadside stands and in open-air markets.

A Pemex spokesperson did not respond to multiple requests for comment.

In December, Lopez Obrador announced a crackdown on the banditry. To thwart pipeline taps, he ordered Pemex to transport some fuel overland in tanker trucks. The result: widespread shortages and long lines at gas stations.

The bottlenecks have eased. But fuel theft is so endemic that the culture will be hard to break, even in Tlahuelilpan.

An estimated 800 of the town’s residents, many carrying buckets, had flocked to a nearby pipeline when word spread on social media that a large pool of gasoline had sprung from a bootleg tap. Dozens were killed when the gas ignited; scores more were badly burned.

Marcelino Valdez, a Catholic priest in Tlahuelilpan, said in between funerals that many here support Lopez Obrador. But he doubted the president’s strategy would yield quick results in an area where nearly two-thirds of the population lives in poverty, according to government data.

“The people don’t like to steal, it’s not something they enjoy,” Valdez said. “But they look up and see so much corruption, so much injustice, and they see that their hands are empty.”

(For a graphic on Mexico’s fuel theft problem, see tmsnrt.rs/2Tms3tZ)

Hidalgo state, where Tlahuelilpan is located, is the nation’s leader in illicit breaches of Pemex pipelines. Fuel thieves known as huachicoleros last year drilled a record 2,121 illegal taps in the state, or nearly six each day, according to Pemex data. That is more than a six-fold increase in just two years.

Fuel prices are a factor too. At the start of 2017, the government of then-President Enrique Pena Nieto hiked prices by as much as 20 percent in a bid to end costly subsidies, a move many in Tlahuelilpan say is driving theft.

Since Lopez Obrador’s term began on Dec. 1, the government says it has arrested 558 people accused of stealing fuel. It has frozen bank accounts and deployed soldiers to guard key Pemex installations, including the Tula refinery about 9 miles (15 km) southwest of Tlahuelilpan.

While organized crime is a big player, the president has reserved particular disdain for Pemex, blaming crooked company insiders for much of the illicit trade.

“We’re talking about a plan that has ties inside the government,” he said during a Dec. 27 press conference.

Juan Pedro Cruz, mayor of Tlahuelilpan, likewise is suspicious of Pemex employees. He told Reuters he visited the site of an illegal pipeline tap shortly after he was elected in 2016. Cruz said he watched as Pemex workers carefully covered up the tap without disabling it.

“What message did that send to me?” Cruz said. “They were going to use it again.”

Cruz has faced questions too. Following the January accident, news reports linked him to a local warehouse that once was used to store stolen fuel. Cruz denied wrongdoing. He said Pemex solicited his help in finding temporary storage for gasoline recovered from crooks.

In addition to arresting fuel thieves, Lopez Obrador has launched a new 3,600 peso ($189) monthly scholarship for unemployed Mexican youth, a program he has pitched as a way to address the root causes of crime.

But some townspeople in Tlahuelilpan doubt it will dissuade many young people from seizing what some see as their only opportunity to get ahead.

Mariano Hernandez, a local math teacher, said some fuel thieves can clear as much as 10,000 pesos ($525) daily.

“They say, ‘I’d rather make a lot of money for one or two years than live many years in poverty,’” Hernandez said. 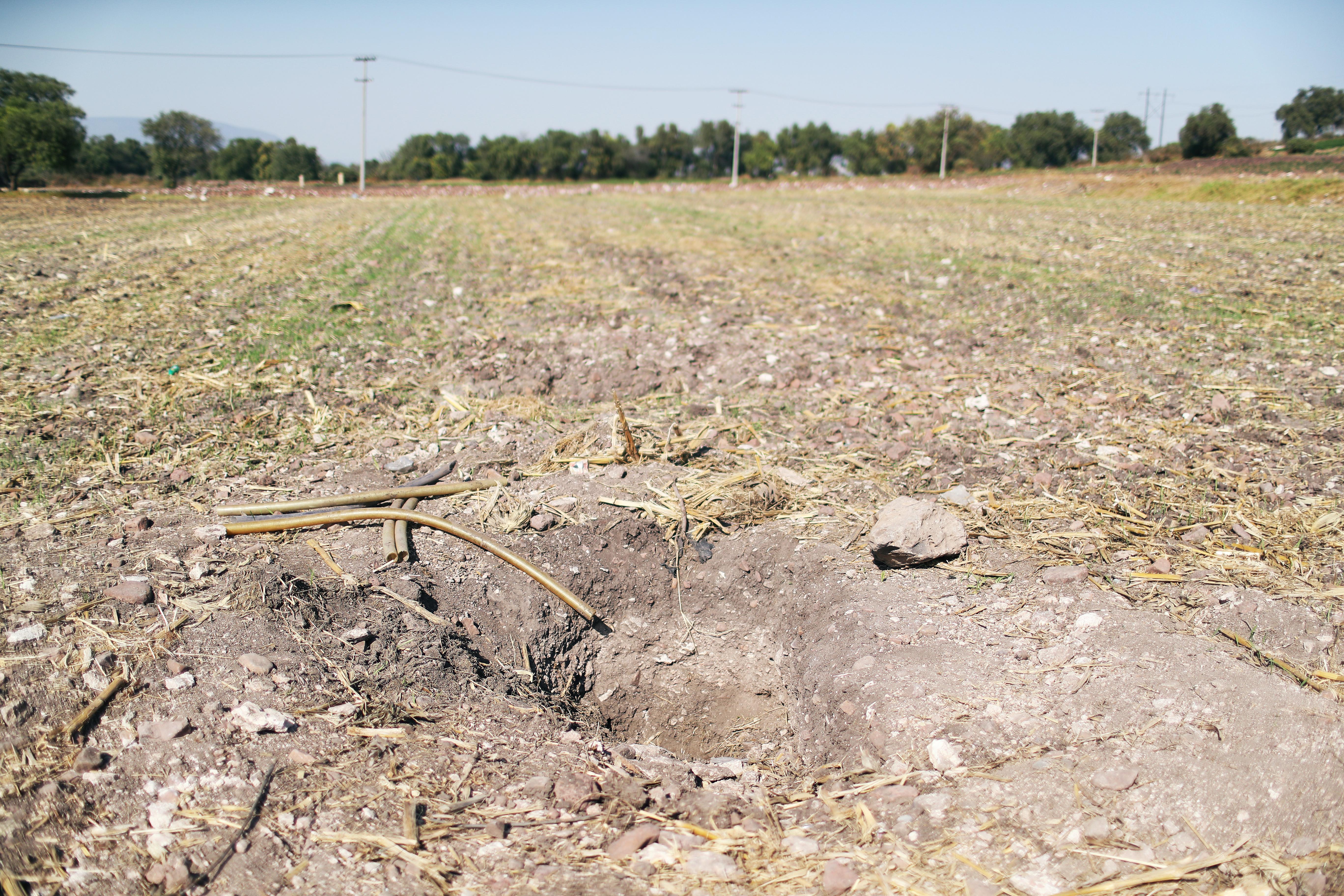 The president’s steepest challenge may be persuading people such as Magali Ortiz that fuel theft is worthy of such high-profile scrutiny.

Her husband Omar Vasquez died in the conflagration. Two other relatives are missing.