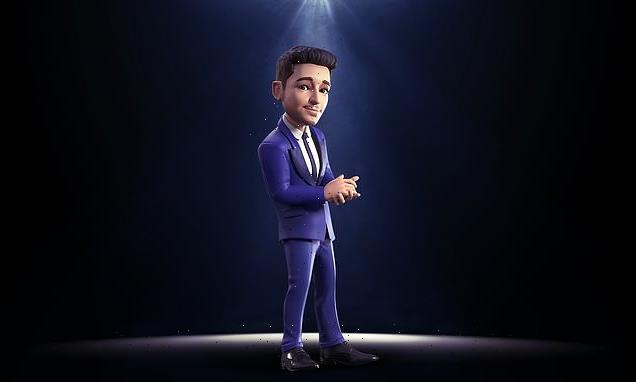 UnBeliebable! Metaverse revolution means young fans of Justin Bieber, Michael Bublé, Cardi B and Co can now go to live ‘gigs’ in their own bedrooms

Some of the biggest names in music – including Cardi B, Michael Bublé, Justin Bieber and Ariana Grande – are embracing the vast earning potential of hosting concerts in the ‘metaverse’, online digital worlds where people are represented virtually by specially designed avatars.

Young fans can buy tickets and even virtual merchandise such as T-shirts, posters and bags for these events and attend concerts without leaving their bedrooms. 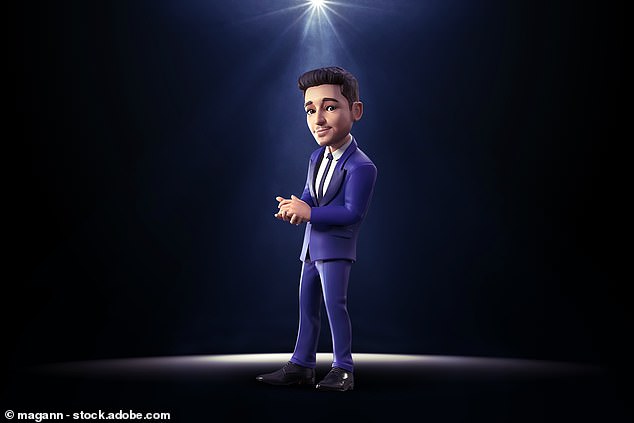 Some of the biggest names in music – including Cardi B, Michael Bublé, Justin Bieber and Ariana Grande – are embracing the vast earning potential of hosting concerts in the ‘metaverse’ 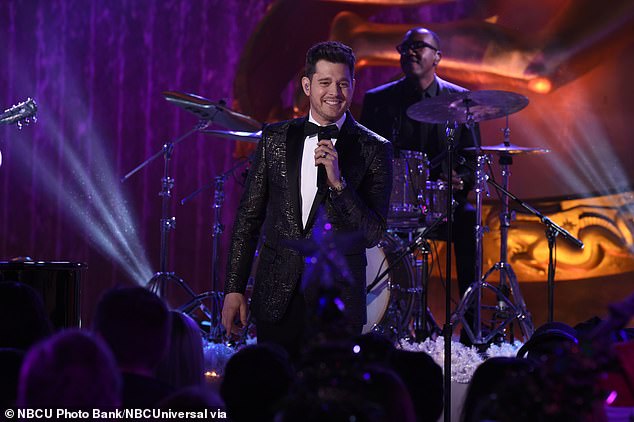 Young fans can buy tickets and even virtual merchandise such as T-shirts, posters and bags

With only limited overheads, the shows represent a crucial new income stream for the ailing music industry, which has struggled from the loss of touring income during the pandemic and from the decline in music sales as records are increasingly streamed online.

There are huge sums to be made because metaverse users are prepared to pay for limited edition branded ‘bags’ and ‘clothes’, virtual artwork and ‘supercars’ – even though they only exist online.

Music fans have already shown they are keen to pay to attend online events and to buy virtual merchandise for their favourite artists.

While it may not yet signal the end for real-life world tours, music industry experts say that the opportunities the technology offers could enable more people to ‘see’ their favourite stars live, as well as provide a ‘blank canvas’ for artists to create shows and ‘meet and greet’ events which could not be staged in the real world. 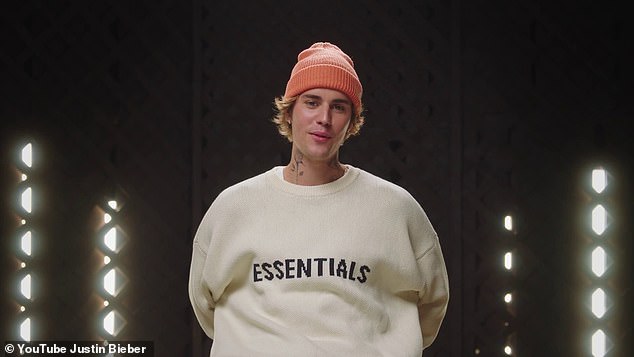 With only limited overheads, the shows represent a crucial new income stream for the ailing music industry

Half musical theme park, half concert venue, it will feature gigs and ‘musical experiences’ from the label’s roster of leading artists.

Set to be the first ever permanent music space in the metaverse, it was created after ‘numerous requests directly from artists’ for a virtual platform, according to Warner Music.

Performers like Justin Bieber, Zara Larsson and Cardi B already have personalised avatars as music labels sign major deals with online platforms to hold virtual concerts and sell millions of pounds worth of digital wearables, like virtual clothing and accessories, to young fans.

Sony Music has recently gone into partnership with Roblox, which specialises in creating online ‘worlds’ and selling virtual merchandise – or ‘verch’ – using its digital currency Robux.

And Universal has partnered with digital avatar company Genies to bring its stars, including Billie Eilish, Taylor Swift and Abba, into the metaverse.

‘Over time we will clone everybody under the Universal Music Group (UMG) roster as a Genies avatar,’ said Genies CEO Akash Nigam. 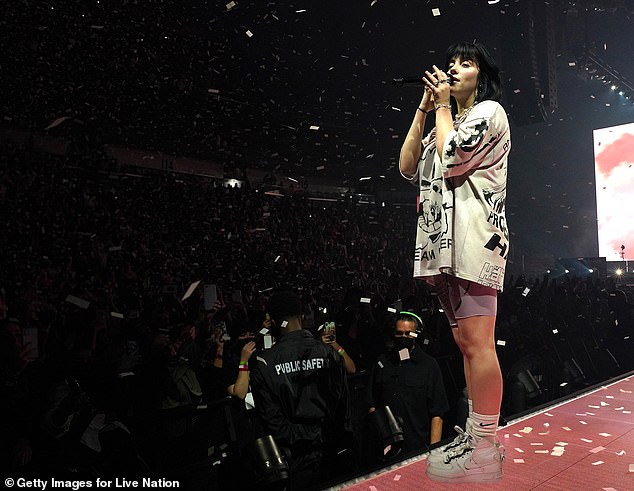 Universal has partnered with digital avatar company Genies to bring its stars, including Billie Eilish (pictured) Taylor Swift and Abba, into the metaverse

Jonathan Vlassopulos is vice president and head of music at one metaverse platform, Roblox, which attracts nearly 50 million users a day. He said: ‘One hundred per cent, labels are encouraging artists to look at the metaverse.

‘If you look at the heads of digital at all the major music labels they are always talking about the opportunities for artists.’

He said the technology meant artists could now ‘sustain successful careers virtually’ and added that the line between the physical and virtual worlds was ‘increasingly blurred’.

‘This represents a major opportunity for artists, labels and fans alike, regardless of whether in-person shows are possible,’ he said.

Emerging young stars could see their careers entirely shaped by virtual concerts, with Mr Vlassopulos suggesting that up-and-coming performers could launch their stardom ‘without ever having to play a real-world show’.

Some 36 million users tuned in to Roblox’s first virtual concert with rapper Lil Nas X, who has earned almost £7.4 million from digital merchandise.

A metaverse launch party for Swedish pop star Zara Larsson was attended by more than 1.6 million users who spent money on outfits, hairstyles and dance moves.

Larsson has pocketed more than £740,000 since joining the platform in May, which she branded ‘freaking insane’. She said it made her consider ‘what touring could look like in the future’, and that more money was to be made on virtual concerts and merchandise than on streaming platforms such as Spotify.

‘Streaming services don’t pay the most,’ she said. To make a seven-figure sum from Spotify or YouTube ‘would take a long, long time and hundreds and millions of streams’, she added.

Other stars are similarly cashing in. The four members of Swedish group Abba will appear as custom-built digital ‘Abbatars’ for their new Voyage tour, which begins next month in real-life venues.

Bieber has made a music video with his avatar, Shawn Mendes has sold digital goods, including a virtual version of his guitar, and Rihanna has used her ‘clone’ to promote her company Fenty.