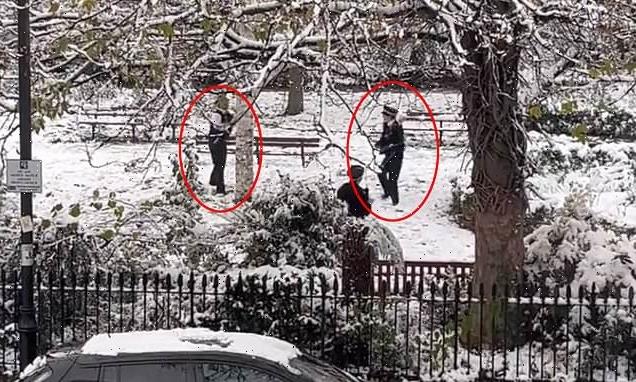 Bunch of snowflakes! Met police officers are reported to their bosses for having a SNOWBALL fight as capital is blanketed in 4ins of snow

Scotland Yard has spoken with six Met Police officers who had a snowball fight around the corner from Stoke Newington police station.

The footage was filmed by staff at St Paul’s Church in west Hackney on Monday afternoon, when the capital was hit by four inches of snow.

A complaint was made to the Metropolitan Police after the video was posted online.

The 30-second clip shows six uniformed officers alight from a police van after it pulled up outside a park. 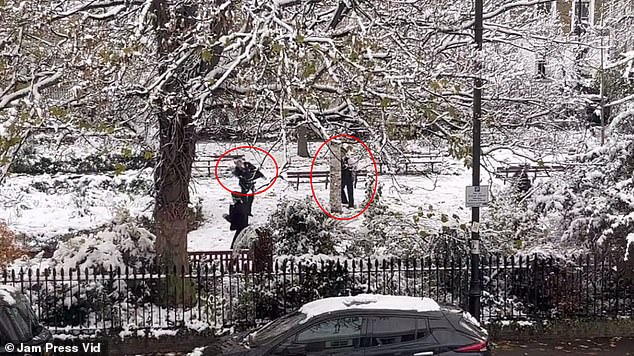 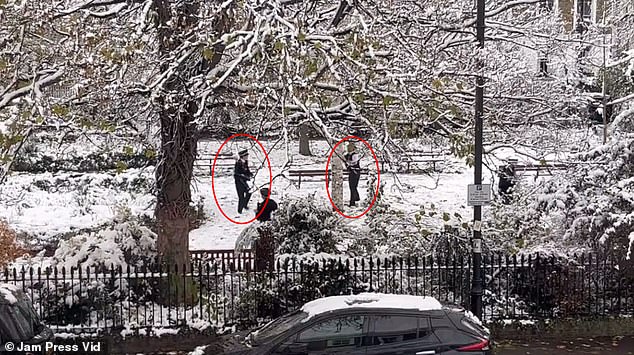 The officers, who were on a break, were criticised for not ‘acting professionally’ while in uniform.

In the footage, two female officers can be seen exchanging snowballs and chasing each other around the park.

Two male officers then join the seasonal japes, with one pitching a snowball which was caught by the second.

The officer then throws the icy projectile at a fifth officer who was preparing a larger missile.

A sixth officer was also spotted in the park in Stoke Newington during Monday’s incident. 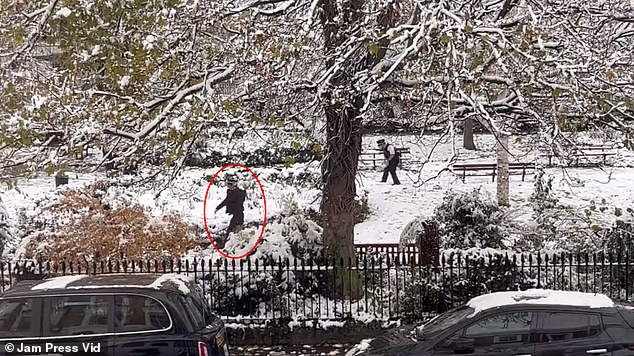 In the footage, two female officers can be seen exchanging snowballs and chasing each other around the park 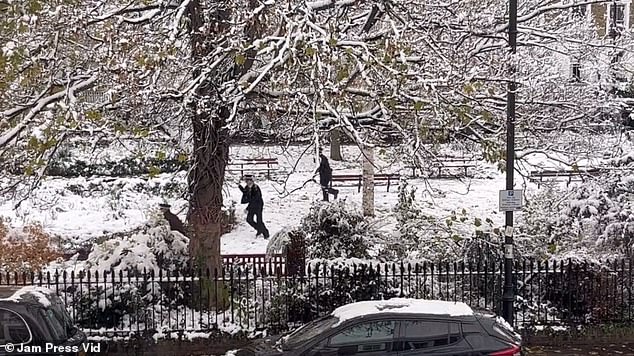 Two male officers then join the seasonal japes, with one pitching a snowball which was caught by the second

A witness said: ‘A police van just pulled up. Six officers got out. Then this happened.’

Some locals criticised the officers after spotting the film online.

The church later deleted the tweet following the controversy.

The spokesperson added: ‘A member of the public reported our video to The Met and has demanded “disciplinary action”.

However, some members of the public criticised those who reported the officers to their superiors.

One wrote: ‘They were reported to The Met?

‘Good grief, indeed there are some very sad individuals around.’

Another joked: ‘You’d be really surprised, but the police have these wearable communication devices called ‘radios’ so that they can be contacted immediately if they are needed.’

A spokesperson of the Metropolitan Police told MailOnline: ‘The video was filmed near to Stoke Newington Police Station and the officers are thought to have been on a break at the time.

‘Officers are allowed downtime but have been reminded of the importance of acting professionally while in uniform.’