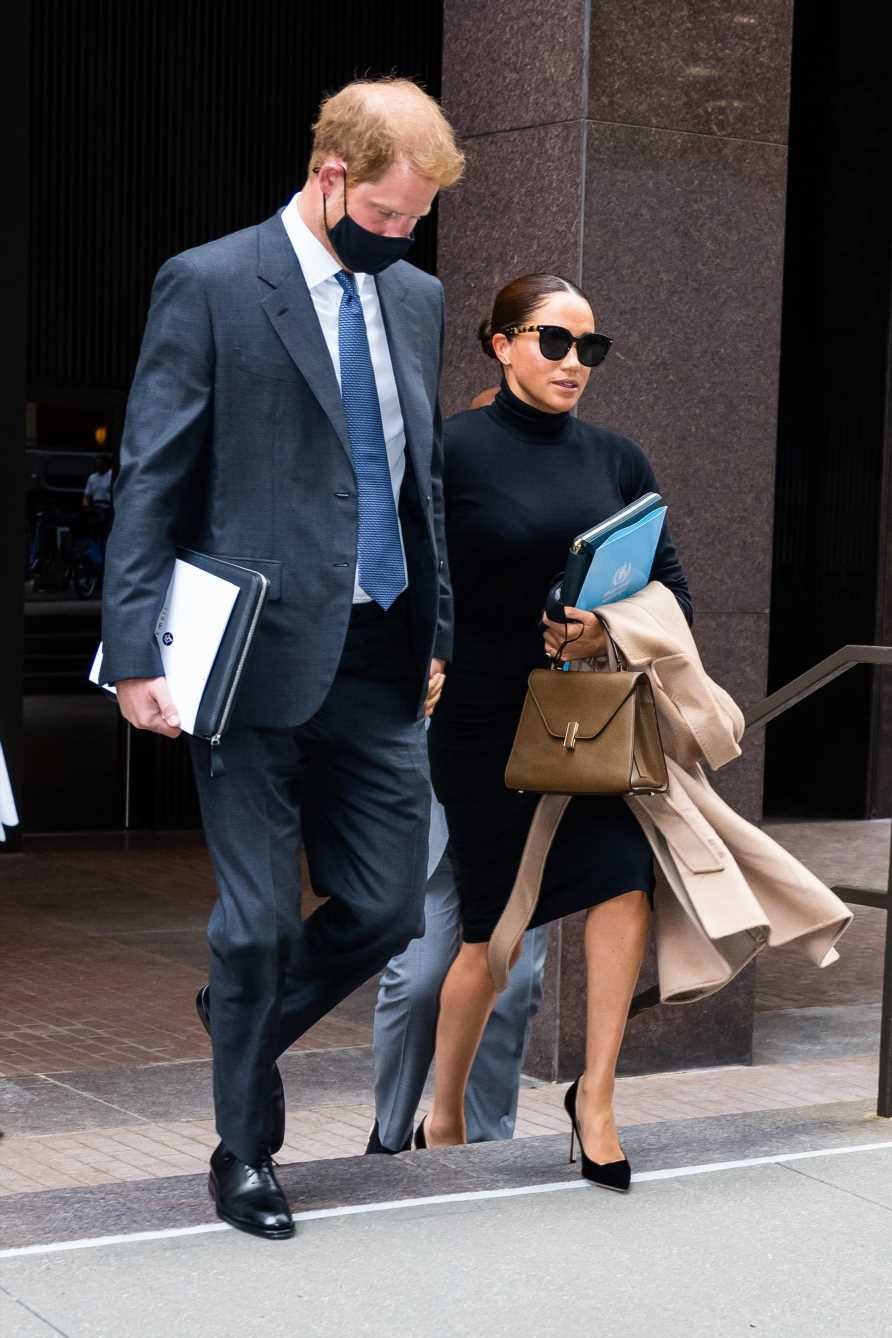 MEGHAN Markle smiled at her new nickname as she joined Prince Harry for a glam New York trip.

The Duchess of Sussex beamed at a reporter who – unsure of how to address the royal at New York City's One World Observatory yesterday – blurted out "Madam Duchess, are you enjoying your time in New York?". 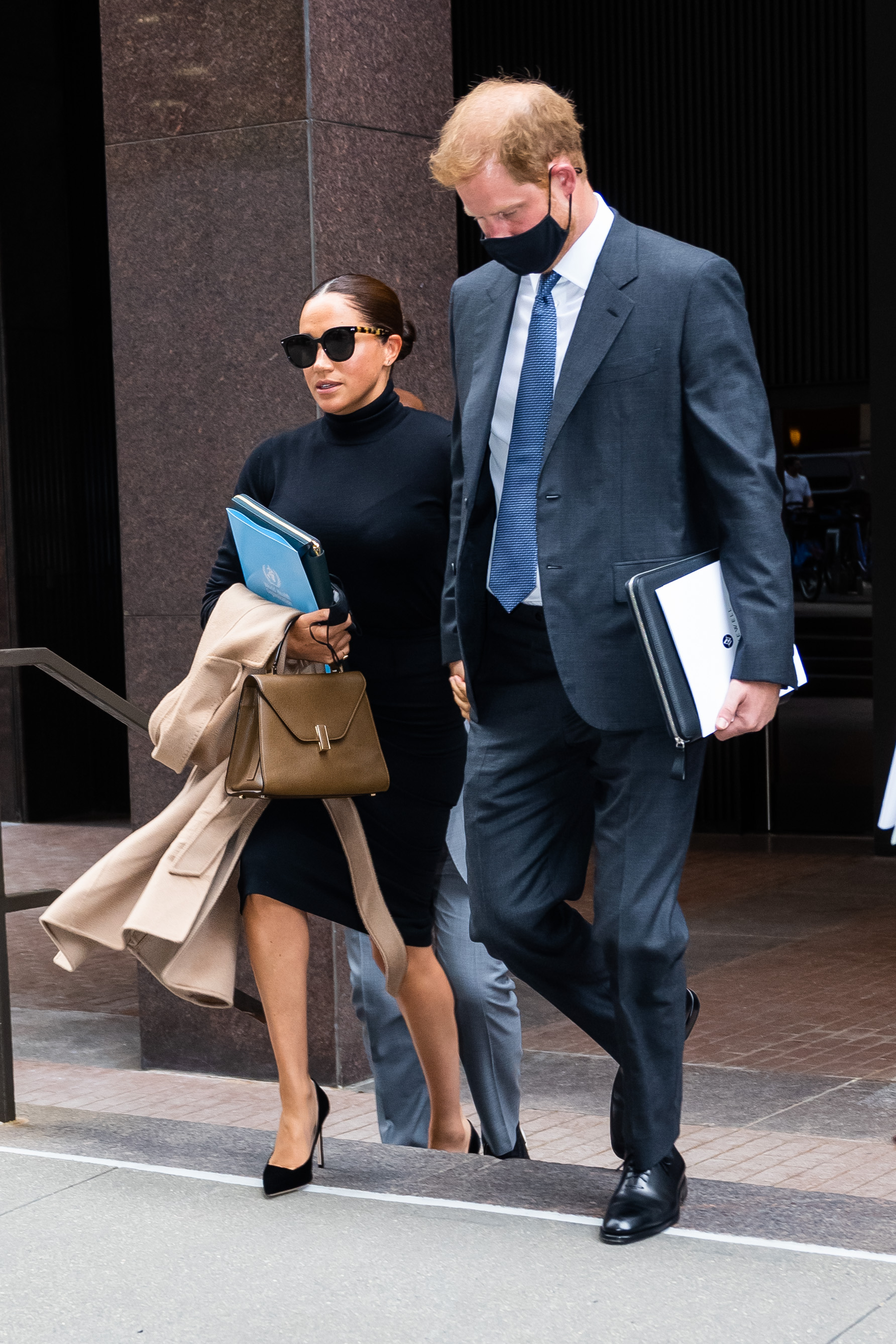 Meghan took the blunder in her stride, graciously smiling and replying: "It's wonderful to be back thank you."

She was later seen repeating the term to her husband, who also smiled.

The couple's royal titles – which they maintained after stepping down as senior members of the Firm – are clearly proving a stumbling block across the pond.

Traditionally, all Royal Family members are addressed as "Your Royal Highness" before either Sir or Ma'am.

The couple are embarking on a three-day US "adventure" for their first public appearance since the birth of their daughter Lilibet in June.

Harry, 37, and Meghan, 40, yesterday visited the World Health Organization's headquarters in New York in a trip which the couple claimed "reinforced our commitment to vaccine equity".

Meghan donned an all-black turtle neck dress, along with a tan-coloured coat.

The jacket replaced a black number she wore to view a wreath at the 9/11 Museum at Ground Zero.

In a statement after the meeting, the couple wrote: "Today’s meeting was a much-appreciated opportunity to learn from some of the most-respected experts who are working tirelessly to end this pandemic.

"Building on ongoing conversations we’ve had with global leaders over the past 18 months, today further reinforced our commitment to vaccine equity.

"We’re so encouraged by the spirit of collaboration we heard throughout our conversation and are eager to do our part."

After the meeting, Harry and Meghan emerged carrying both WHO documents and papers featuring their Archewell Foundation branding before heading back to their hotel.

It has been claimed that one of the bodyguards joining the couple is a federal protection officer.

The man in a grey suit seen with the couple works for the Department of Homeland Security, MailOnline reports.

The Sussexes were earlier driven to the city's observatory 14 minutes for their meeting with Bill De Blasio.

The pair travelled up to One World Trade Center's viewing deck to meet the NYC Mayor.

The Duchess, wearing an all-black outfit with her hair tied back in a bun, smiled and waved as she entered the building with Harry by her side.

The couple's dark and sombre outfits were likely chosen for their planned trip to the nearby 9/11 Memorial afterwards.

It's not known why Meghan and Harry met with the Democrat, or what they discussed during their mysterious early-morning meeting.

The pair also met with New York Governor Kathy Hochul, 63, who arrived minutes before them.

The couple later stopped to view a wreath at the 9/11 Museum at Ground Zero. 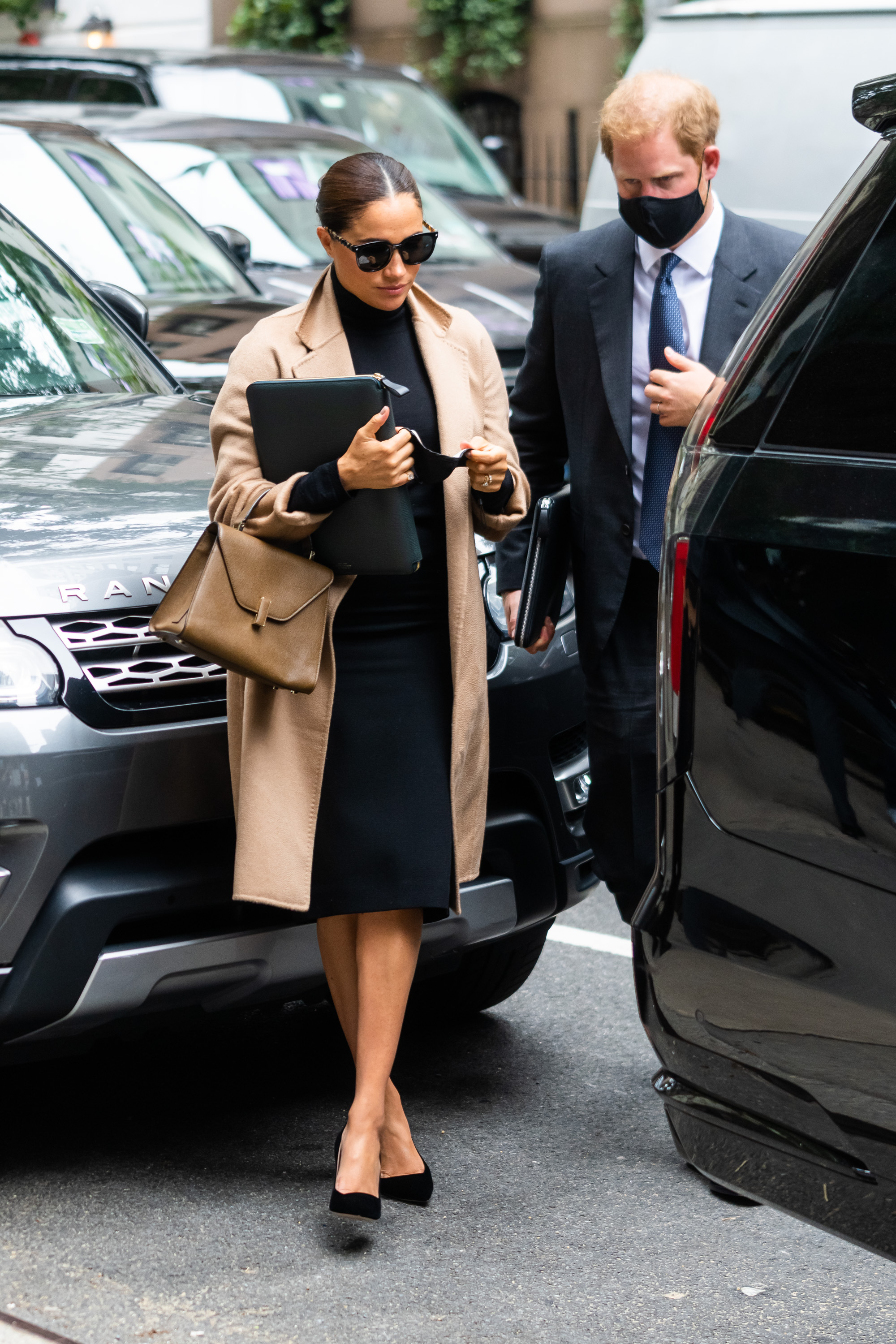 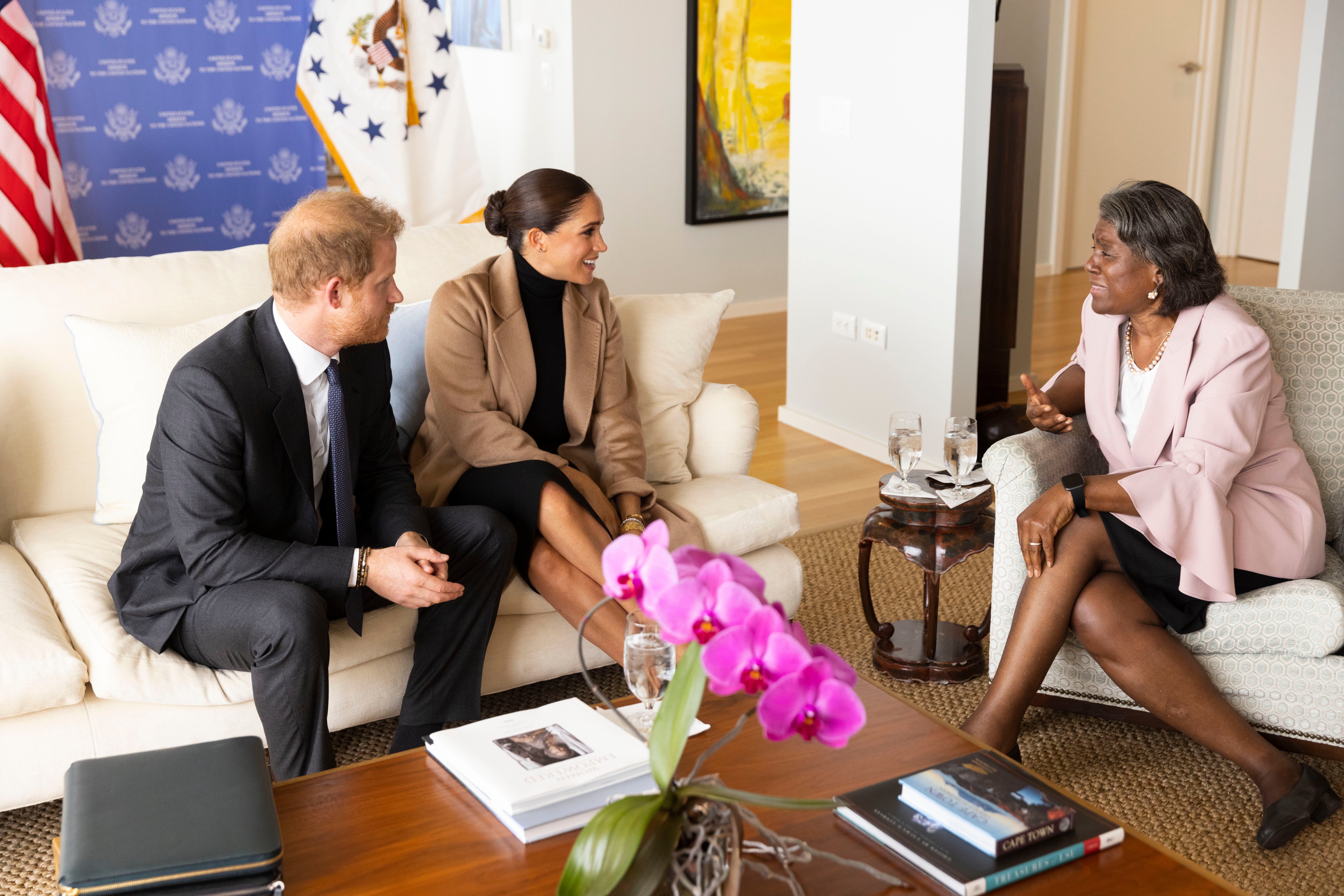