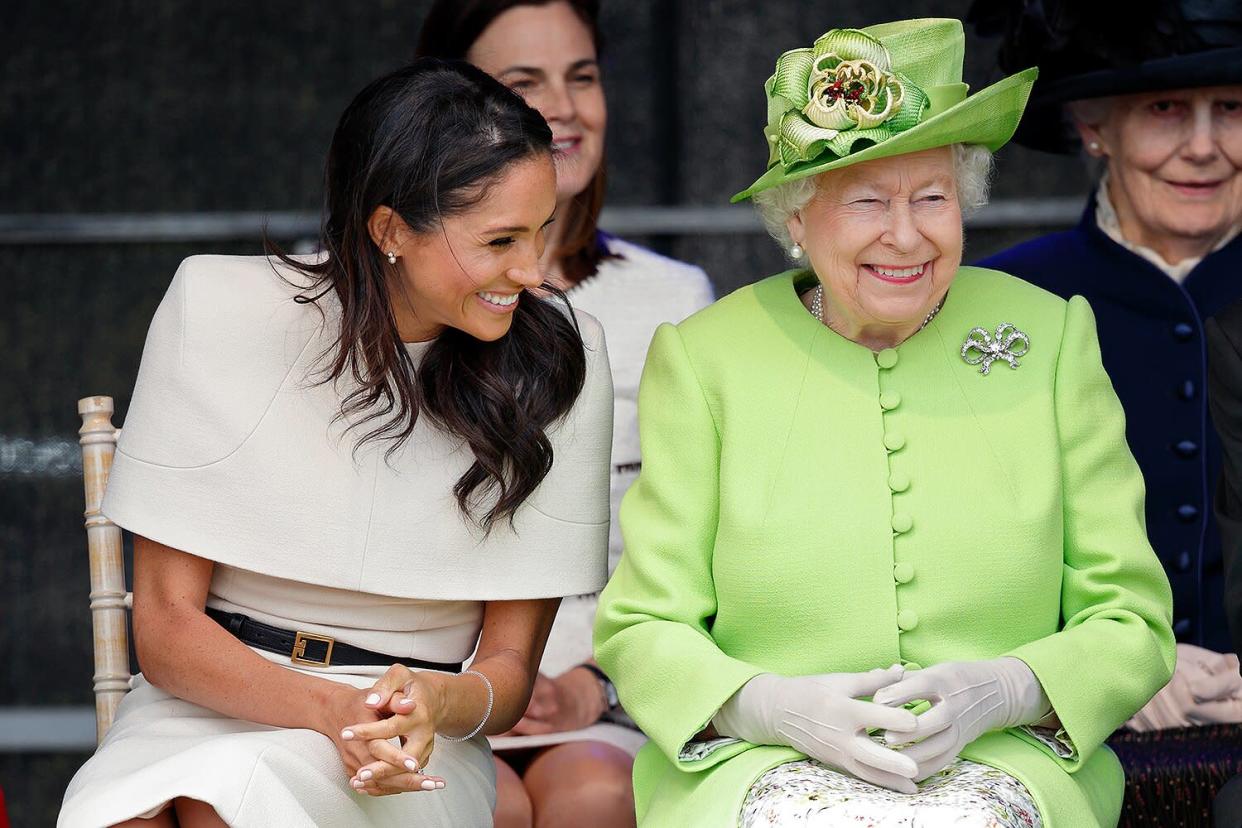 Meghan Markle is opening up about Queen Elizabeth.

On Wednesday, Variety unveiled its Power of Women cover featuring the Duchess of Sussex, 41. There, Meghan addressed the death of her grandmother-in-law for the first time.

When asked what the grieving process had been like, the Archetypes host voiced her gratitude for the global outpouring of support and that she was able to be there for her husband, Prince Harry.

“What’s so beautiful is to look at the legacy that his grandmother was able to leave on so many fronts,” Meghan said of the Queen’s legacy. “Certainly, in terms of female leadership, she is the most shining example of what that looks like. I feel deep gratitude to have been able to spend time with her and get to know her.”

“It’s been a complicated time, but my husband, ever the optimist, said, ‘Now she’s reunited with her husband,’ ” she added, referring to Prince Philip, who died in April 2021 at age 99.

Reflecting on what she learned from the late monarch, who died “peacefully” at age 96 on Sept. 8, Meghan said she’s been thinking back to their first solo outing together in 2018.

RELATED:Meghan Markle Shares Her Hopes for ‘My Lili’ in Latest Podcast Episode 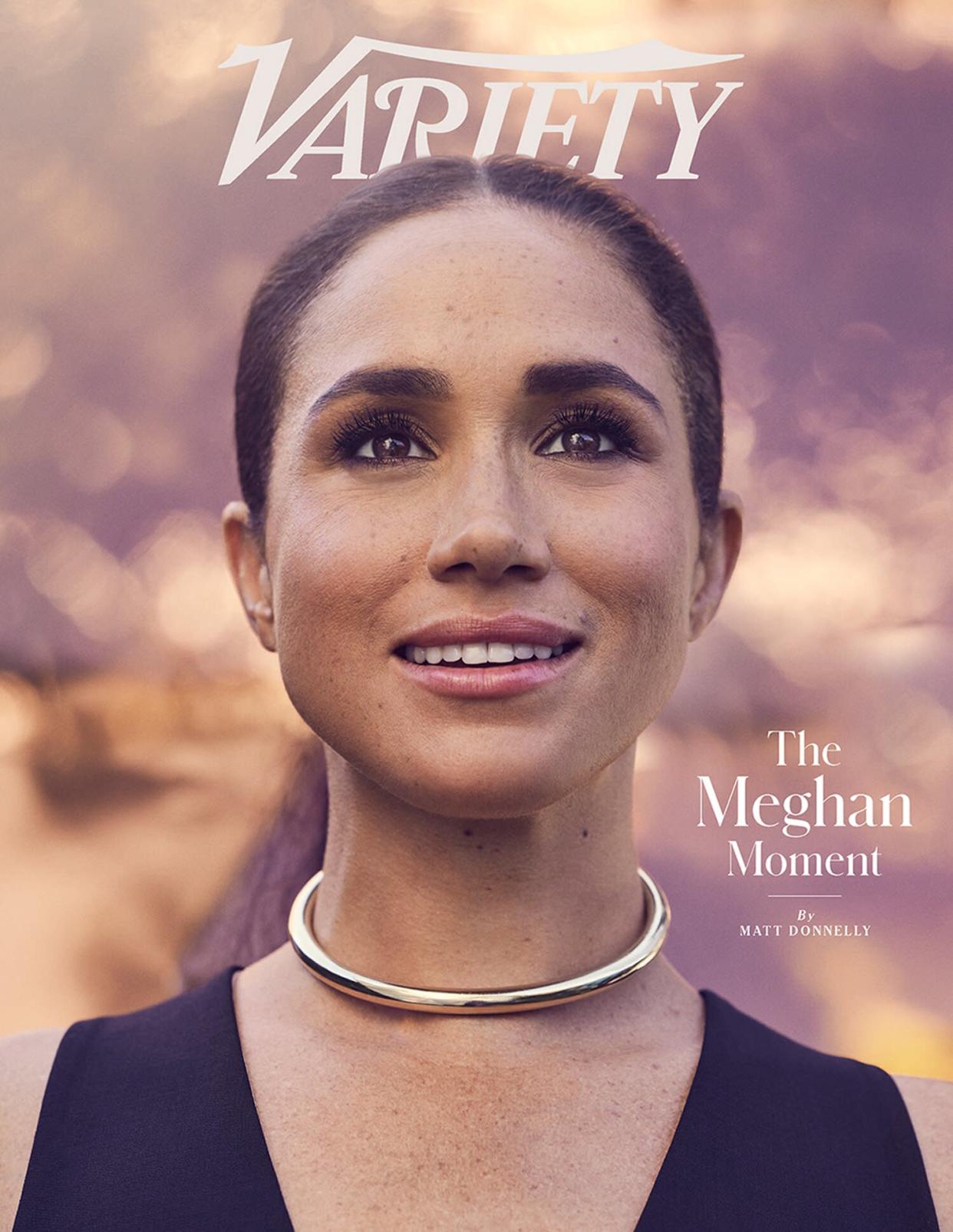 “I’ve reflected on that first official engagement that I had with her, how special that felt. I feel fortunate,” she told Variety. “And I continue to be proud to have had a nice warmth with the matriarch of the family.”

On how she and Harry, 38, were mourning as a family, Meghan added, “In big moments in life, you get a lot of perspective. It makes you wonder what you want to focus your energy on. Right now, we feel energized and excited about all of the things we’ve been building toward. We’re also focused on our foundation. So much of the work we do includes the philanthropic space.” 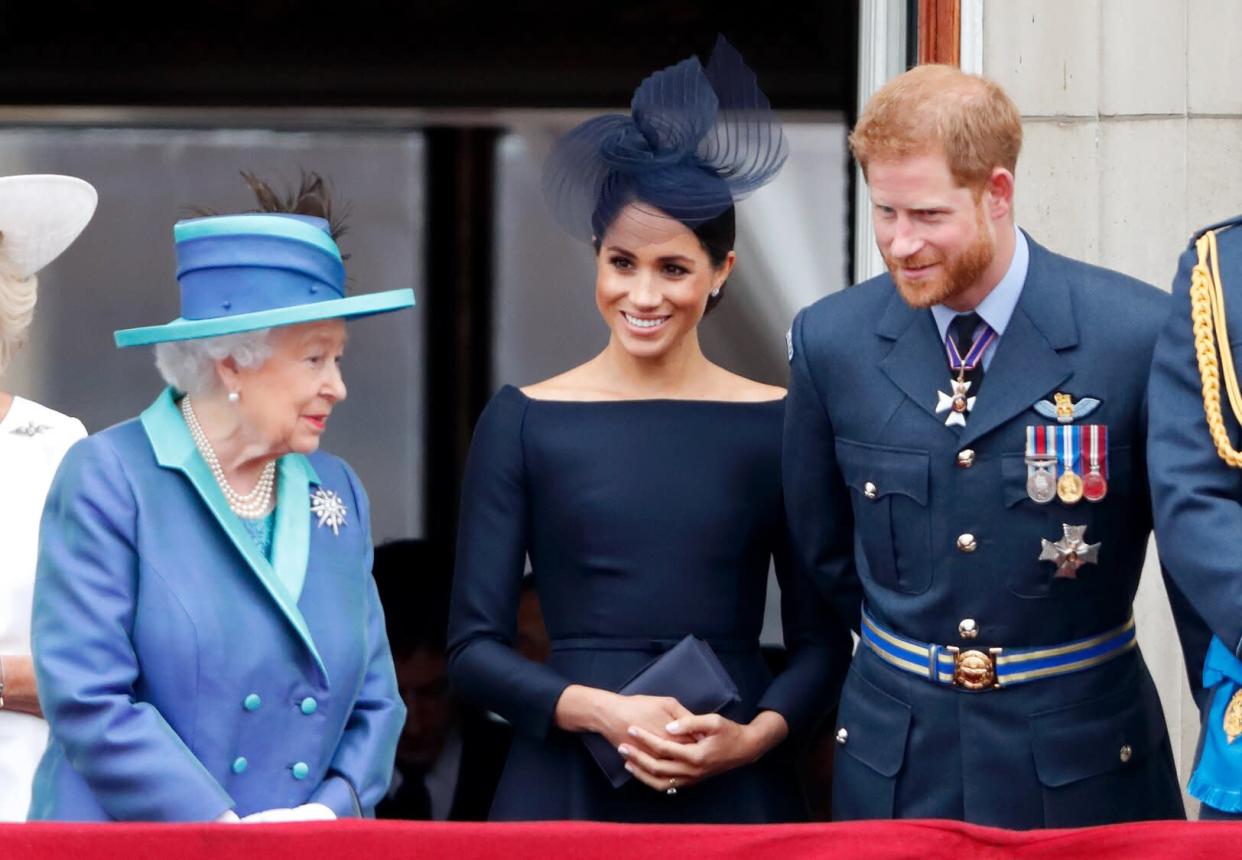 The magazine announced Meghan as an honoree for the special issue on Sept. 14, though the release of her cover was postponed “out of respect for the recent passing of Queen Elizabeth II.” Varietyalso said Meghan would not attend the Power of Women event in Los Angeles on Sept. 28, which fell the day after the royal family’s mourning for the late Queen officially ended.

Alongside the Archetypes host, the entertainment magazine honored Hillary and Chelsea Clinton, Oprah Winfrey, Ava DuVernay, Malala Yousafzai and Elizabeth Olsen in this year’s Power of Women circle. Photos of the six women were included in the celebratory issue as planned, and the Clintons graced the front cover.

RELATED:How the Royal Family Came Together amid Tensions to Honor Queen Elizabeth: ‘Everyone Was Hurting’

In August, Meghan also appeared on the cover of The Cut‘s fall issue.

Meghan was in Europe with Prince Harry for a series of engagements with longstanding charities when the Queen died in Scotland in early September. Harry traveled to Balmoral Castle on the day of his grandmother’s death and remained in the U.K. with his wife for the funerary events that followed. 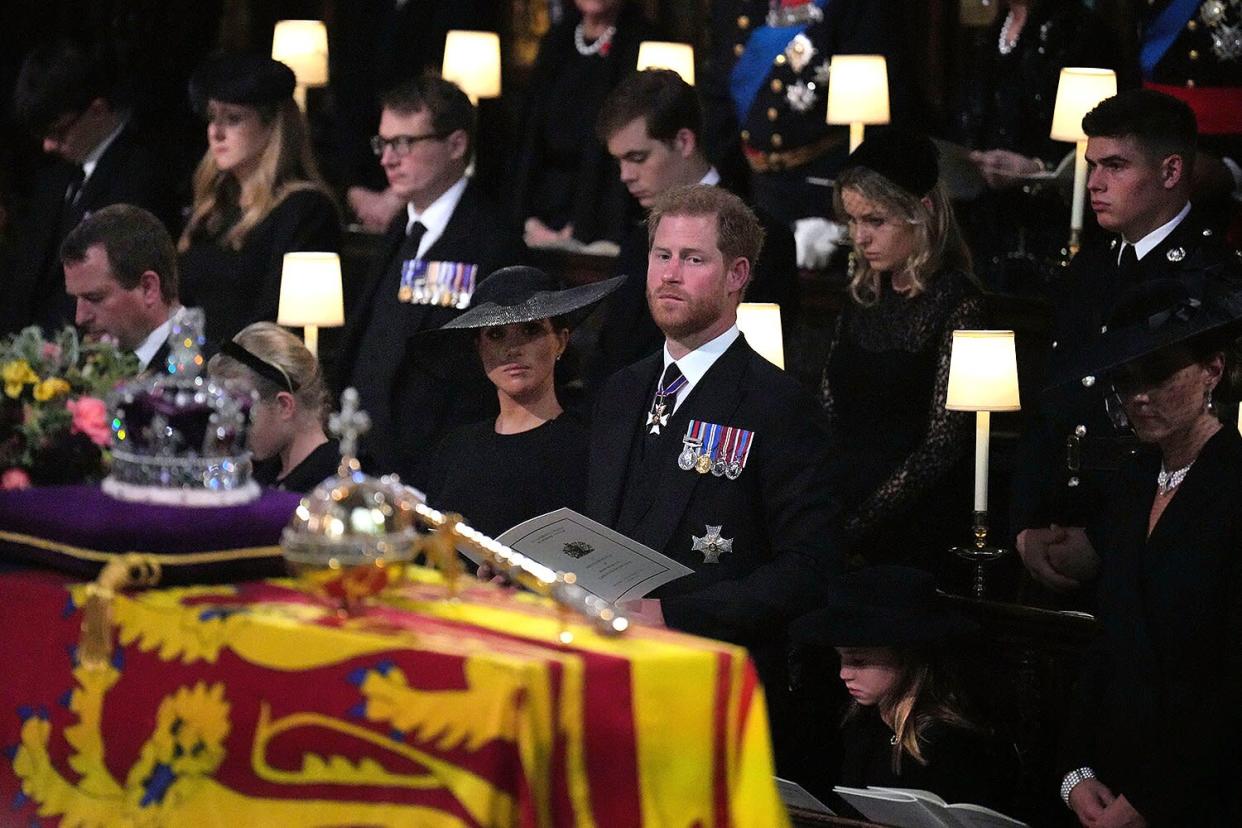 Can’t get enough of PEOPLE‘s Royals coverage?Sign up for our free Royals newsletter to get the latest updates on Kate Middleton, Meghan Markle and more!

The couple flew back to California soon after the state funeral on Sept. 19.