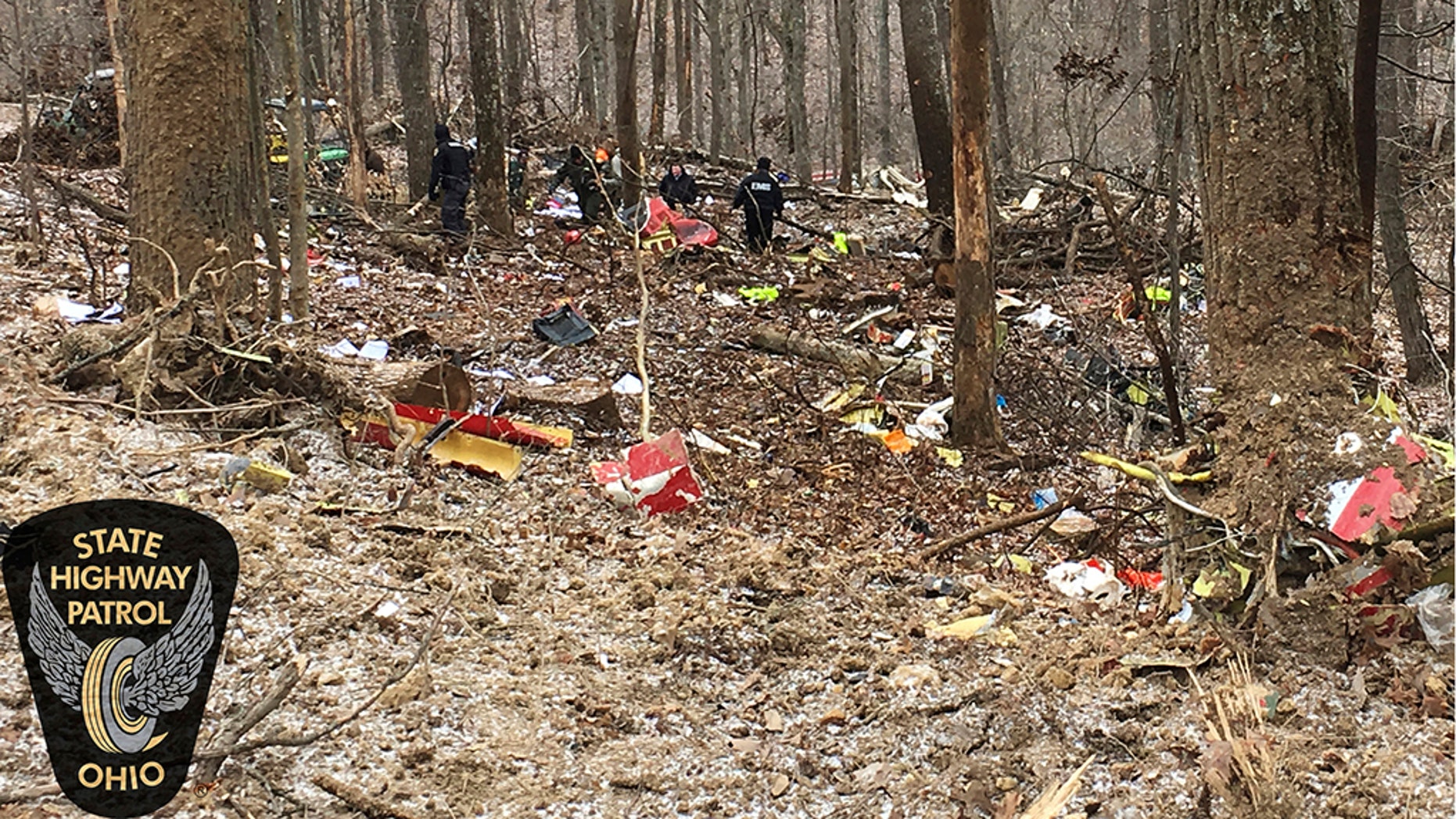 A medical helicopter responding to a call on Tuesday crashed in a remote wooded area in Ohio, killing all three crew members.

Survival Flight medical transportation reported losing contact with the Bell 407 around 7:20 a.m. while the chopper was flying from Mount Carmel Hospital in Grove City to pick up a patient from a hospital in Pomeroy, according to the Ohio State Highway Patrol.

Authorities were dispatched to the last known location of the aircraft and canvassed that area until they located the wreckage at about 10:16 a.m. It was just east of Route 278 and south of King Hallow Trail in Brown Township.

All three crew members died as a result of the crash. They were identified as pilot Jennifer Topper, 34, of Sunbury, and flight nurses Bradley Haynes, 48, of London and Rachel Cunningham, 33, of Galloway.

"This is heartbreaking, especially when you have fellow first responders who are flying a mercy mission to help somebody else out," Highway Patrol Lt. Robert Sellers told reporters.

Andrew Arthurs, a Survival Flight vice president, said in a statement he was "deeply saddened" to share the news.

There were no other reported injuries on the scene. The Federal Aviation Administration and the National Transportation Safety Board are investigating.