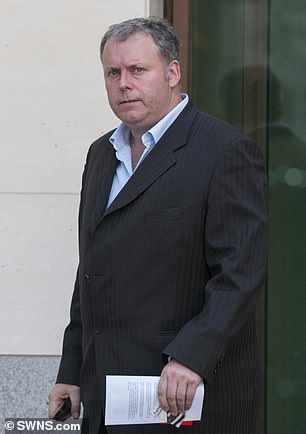 British football agent Willie McKay, 59, (pictured) was involved in the transfer of Emiliano Sala from Nantes to Cardiff City

British football agent Willie McKay told Emiliano Sala he wanted to make ‘a lot of money’ from his transfer before arranging his tragic flight to Cardiff, a leaked email has revealed.

In an extraordinary insight into the world of football transfers, McKay told the 28-year-old that he’d invented interest from rival Premier League clubs to get the deal with Cardiff City done.

McKay, 59, introduced himself to Sala on January 6, days before agreeing the £15 million transfer from French club Nantes by coldly saying he was not interested in the player as a person, adding: ‘It’s not sentiment, just business.’

In a leaked email to French publication L’Equipe, the agent wrote: ‘Emiliano, my name is Willie McKay. We are not interested in your personal belongings; finances, holidays, babysitting, it’s not our business.’ 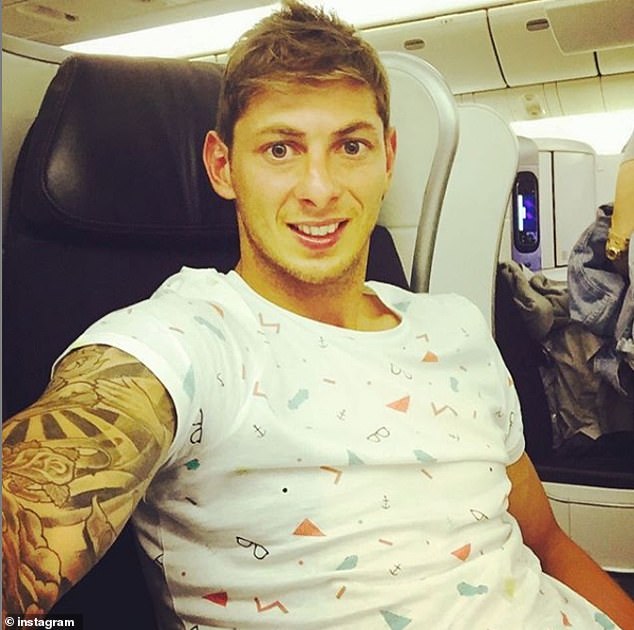 The light aircraft carrying Sala to Cardiff to join up with his new teammates on January 21 disappeared over the English Channel with the chances of finding the player alive, remote 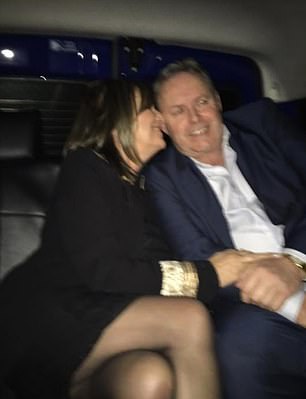 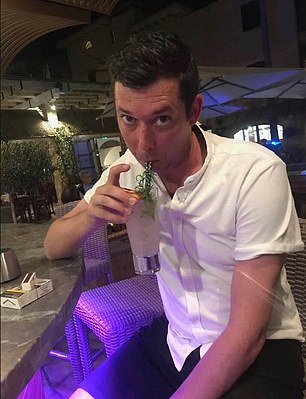 Willie McKay, (left with wife Janis), wrote to Sala on January 6 introducing himself and saying that he had been given a mandate by his French club Nantes to sell him to a Premier League team. McKay’s son Mark (right) was also believed to have been linked to the deal 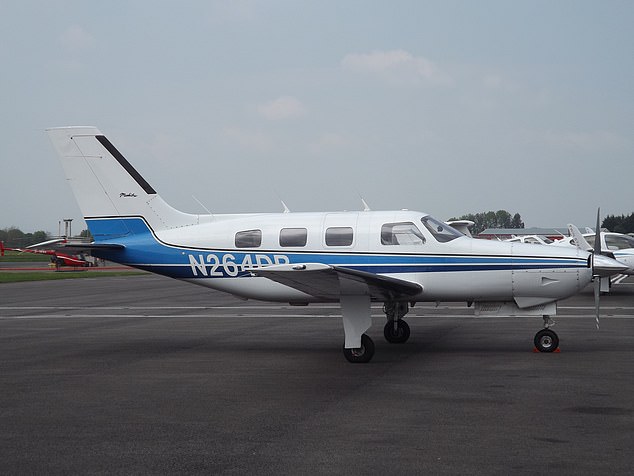 Sala was flown in this US-registered Piper Malibu PA-46 (pictured) which disappeared as it flow over Guernsey towards Cardiff. The light aircraft carrying the star has yet to be found

‘Let us introduce you to the way we operate and how we came to this Cardiff City saga. We work for clubs in France, and for players who want to be transferred to England.

‘As far as you are concerned, we have talked to all the clubs, including Manchester, Chelsea, Liverpool. We think you could end up in such clubs.

‘We approached Nantes, as we do with many players in other clubs, to obtain the mandate of sale. We are not preventing you from working with another agent, but most players are very satisfied with our mediation.

‘We do not say ‘we are like a father to a son to our players’. No, if you had not been a footballer, these people would not be interested in you.

‘In the end they are only interested in the money. What we all want a lot of, of course. That’s why we like to work with just the clubs. No sentiment, we’re just doing business.’ 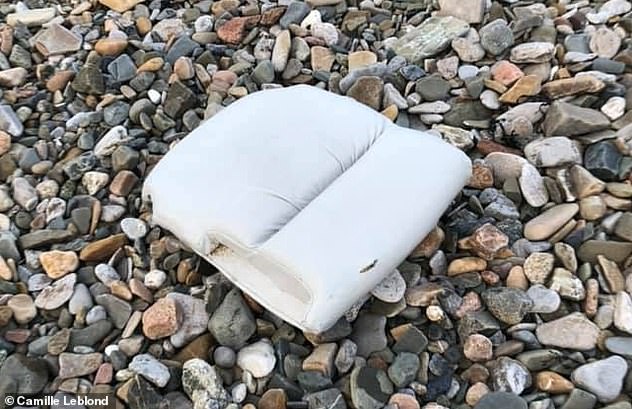 As mystery surrounds what happened to the flight, two cushions believed to be from the aircraft washed up on a beach in Normandy over the weekend which were found by walkers 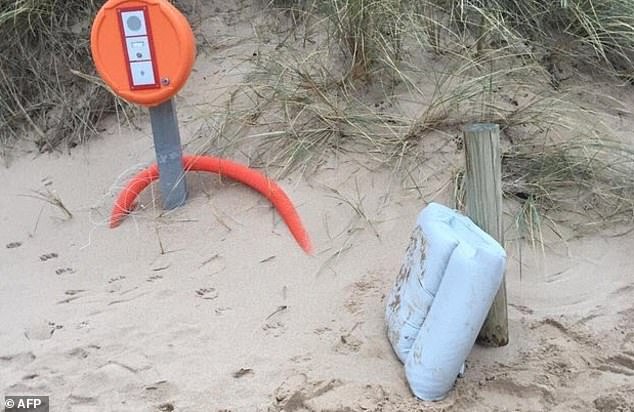 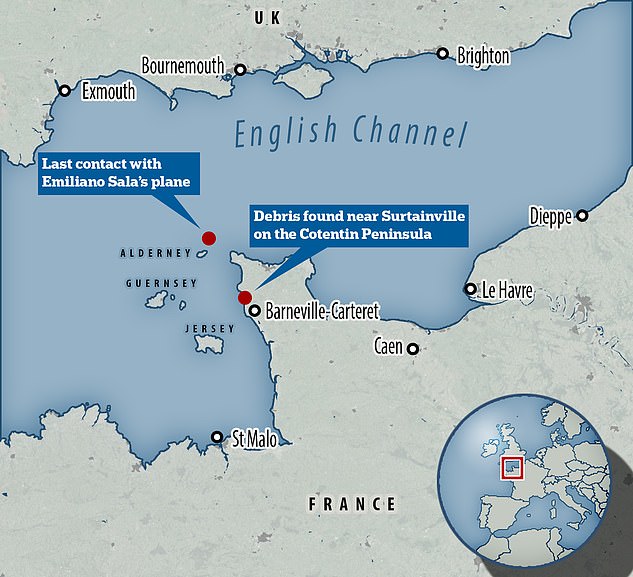 Referring specifically to the Cardiff City deal, Mr McKay wrote: ‘My experience says: if you do not go for the Premier League now, you will regret it.

‘It’s been said that Cardiff does not interest you. But that is probably our mistake, because we ‘leaked’ in the media that other clubs like West Ham and Everton want you. Just to stimulate the interest in you.

‘That is how we work and that may be misinterpreted by the player. But without that ‘buzz’ nobody would know you. Because, honestly, nobody follows the French competition [Ligue 1].’

In an interview with l’Equipe, Mr McKay admitted: ‘If I had never asked Nantes for a mandate to negotiate about Sala’s transfer, he would still be among us’.

Referring to his entire family – including his wife and three sons – McKay admits that ‘the past eight days have been a nightmare for us.’

Mr McKay admits that thehighly experienced pilot he chose to fly Sala from France to Wales drafted in a replacement airman for the job – with disastrous consequences.

Details of the arrangement emerged following the discovery of two cushions from the plane in which Sala is believed to have died following a crash into the English Channel. 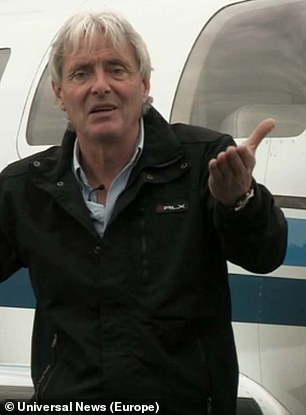 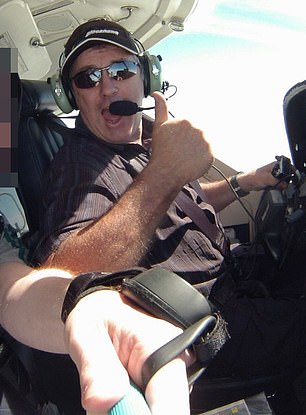 Confusion surrounds the flight as experienced pilot David Henderson, 60, (left) was meant to carry the striker to Britain but he drafted in David Ibbotson, 59, (right) who flew instead 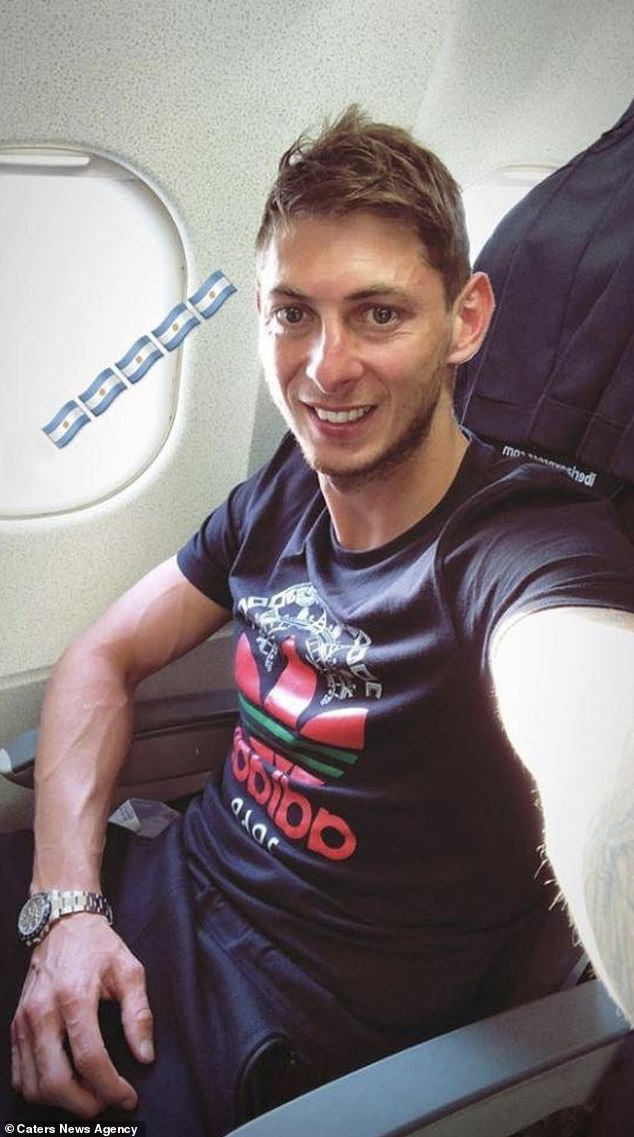 Sala (pictured) texted his old Nantes teammates before the flight  to say he was scared. He wrote: ‘If in an hour and a half there is no news of me, I don’t know if they’ll send anyone to look for me because you won’t find me, but you’ll know… Daddy, I’m so scared!’

Mr McKay and his son Mark helped negotiate Sala’s transfer to Cardiff, and then heard that Sala wanted to spend a day in Nantes seeing club officials and former teammates.

Mr McKay’s choice as pilot was David Henderson, a 60-year-old who had flown light planes around the world, including the Piper Alpha PA-46 due to be used for the trip.

‘Do you want to spend a weekend in Nantes?’, Mr Henderson told Mr Ibbotson, a part-time pilot who had admitted to friends on Facebook a few days earlier that he was a ‘bit rusty’ at flying.

Mr Ibboston, who was known to have financial problems, is said to have told Mr Henderson that he had lost his credit card.

This led to Mr Henderson having to pay for Mr Ibbotson’s hotel in France, and for the flight itself.

Mr Henderson’s details were accordingly given to officials at Nantes-Atlantique airport, leading to initial fears that he had been piloting the doomed flight.

In fact it was Mr Ibbotson who took control of the plane, and aborted three attempted take offs in terrible weather.

An hour into the flight, Mr Ibbotson told air traffic control he was reducing altitude from 5,000 to 2,300 feet over the Channel Islands.

It later emerged Cardiff’s record signing had expressed fears for his life in messages sent to close friends.

In a WhatsApp voice note, he said in Spanish: ‘I’m on a plane that looks like it’s going to fall apart.’

Aviation experts said the chartered single-engine aircraft should not have been risking the flight in icy conditions.