AUGUSTA, Ga. — For almost any other player, a shot from the deep woods that lands inches from the pin would be the finest that they ever struck at Augusta.

For Bubba Watson, it was just more of the same.

Watson, the two-time Masters champion, found himself deep in the woods beside the 18th hole on Friday, 171 yards from the pin. He'd just bogeyed the 17th hole and was sitting at +3 for the tournament, close enough to the cut line to feel the heat of the blade.

And then the guy who has a bit of experience playing from the trees at Augusta stepped up and did this:

The ball settled two feet from the cup, and Watson sank it for a birdie to drop to +2 and a likely weekend tee time.

Ten years ago to the day, Watson also found himself in the deep woods, but this time, the stakes were a little higher. He was in a playoff against Louis Oosthuizen, and his hopes appeared all but lost. Here's the shot from 2012:

That shot won him the first of his two green jackets. To this day, patrons visiting the course make their way down to the spot on the 10th hole, not all that far from where Watson shot on Friday, to imagine the difficulty of that wide, sweeping hook.

This latest one won't have the same resonance as that shot 10 years ago, not even if Watson manages to win again. But this one, he said, eclipses even that brilliance.

"That was the best shot I've ever hit at Augusta National," Watson said after the round, "that one right there." He indicated that the ball was buried in a nest of branches, leaves and pine straw, and he was afraid that even attempting to move foliage out of the way would have given him a penalty stroke.

"I wasn't looking at the green," he said. "I knew the number. I was trying to get to the fairway and make par … I didn't know how close I was until I got up there." 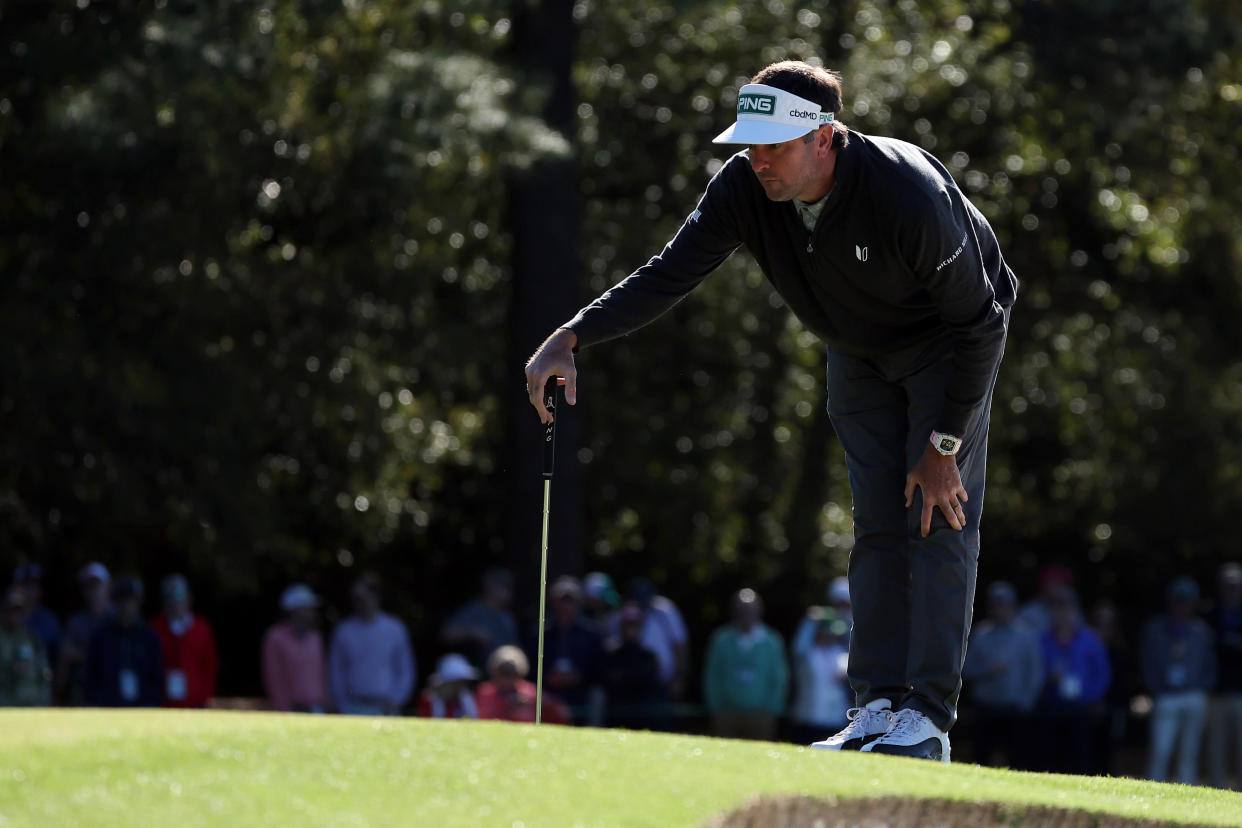