Announcement comes a month after the UN documented the existence of 202 mass graves across northern Iraq.

Authorities in northern Iraq have announced the discovery of a mass grave containing the bodies of civilians believed to have been killed by the Islamic State of Iraq and the Levant (ISIL, also known as ISIS).

Police said on Sunday residents found the bodies in a sparsely populated region near the town of Hawija in Kirkuk province after heavy rain in the area exposed the corpses.

“As you can see, the location allowed them to hide and kill innocent civilians from the district and outside the district,” said security chief Dawoud Salman al-Shameri.

It was not immediately clear how many bodies laid further underground.

People living in the area said they had witnessed fighters from ISIL, an armed group that held large swaths of territory across northern Iraq and Syria from mid-2014 until late 2017, execute victims in broad daylight.

“On our way, we saw they were killing them. The victims were dressed in red suits. We could see them it was clear,” said Adday Hamid Abd, who lives in the nearby village of Al Daghila.

Last month, a report by the UN Human Rights Office and the UN Assistance Mission for Iraq documented the existence of 202 such mass grave sites in the Iraqi governorates of Nineveh, Salah al-Din and Anbar.

A year earlier, in November 2017, graves containing the remains of some 400 bodies were found at an airbase on the outskirts of Kirkuk.

Police on Sunday cordoned off the area as they waited for a team to arrive from Baghdad to exhume the bodies, a procedure that could enable authorities to convict those responsible for war crimes and possibly genocide. 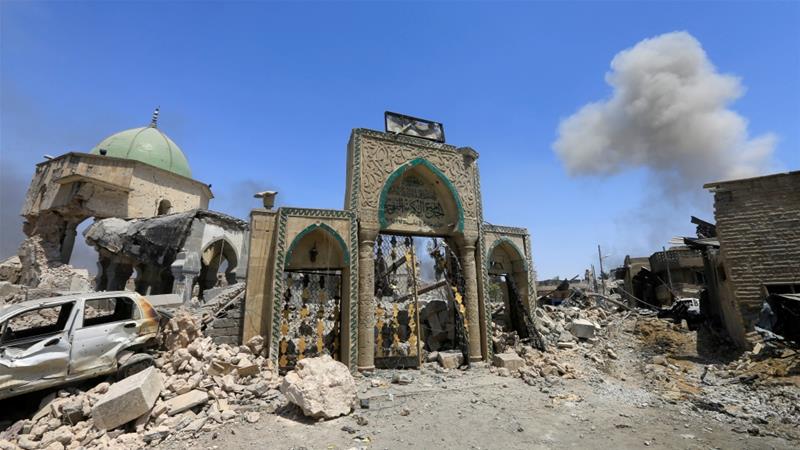 Is it the beginning of the end for ISIL?