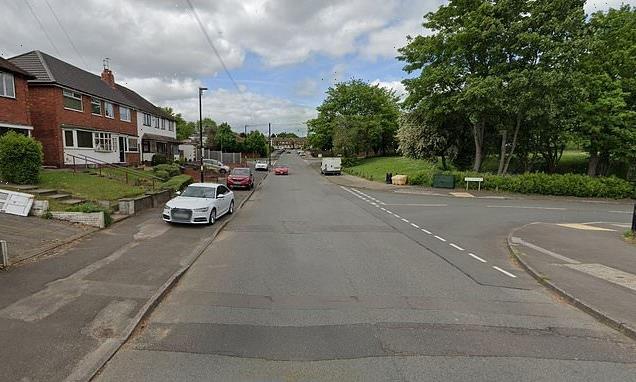 Masked man in black ‘grabbed girl, 10, around waist and tried to drag her away as she was on her way to school’

A 10-year-old girl was allegedly grabbed around the waist by a masked man who then tried to drag her away while on her way to school.

The child managed to escape as she ‘kicked out and screamed’ which prompted the attacker to run off.

The alleged attack took place in broad daylight in Great Barr, North-West Birmingham on Tuesday morning and the youngster’s school issued an alert to parents.

The school, Arena Academy, said one of its pupils had been grabbed by a ‘man wearing a balaclava’ who was ‘dressed all in black’, The Sun reported.

A spokesman for West Midlands Police said they were investigating after a girl was ‘grabbed by a man as she made her way to school’ and that it happened on the ‘grassy area in Sandy Lane, near Booths Lane, in Great Barr, at 8.15am.’ 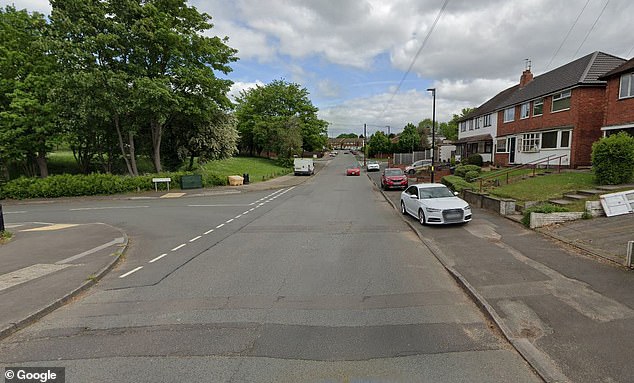 A 10-year-old girl was allegedly grabbed around the waist by a masked man who then tried to drag her while on her way to school in Sandy Lane (pictured), in Great Barr, North-West Birmingham

He said: ‘The girl was grabbed around the waist from behind by a man who attempted to drag her. She kicked out and screamed and the attacker ran off.

‘He’s described as around 20 years old, tall and thin. He was wearing all black clothing as well as a black cap, leather gloves, big black boots and a mesh type mask. He was carrying a black rucksack.’

The spokesman said the young girl was ‘understandably shaken’ but was safe and being supported and that she had ‘bravely’ given a statement to assist the police investigation.

Deputy head of Arena Academy Claire Kilroy said in the alert to parents on Tuesday that they had been made aware of an incident that morning involving one of their students.

She said police were involved and that the school were in touch with them and asked anyone looking for further information or someone to talk to about it, to email her or call the police on 101.

The spokesman for West Midlands Police said the force are trawling through CCTV and that enquiries are ongoing and asked anyone who was in the area and might have seen the man described to contact them.

He added that fortunately incidents such as this were extremely rare but patrols in the area had been increased and reassurance and advice had been offered to the school.