Thousands of seaweed capsules filled with energy drink were handed out to competitors at the London Marathon as part of efforts to reduce the vast amount of plastic used at the event.

Around 650,000 plastic bottles were provided at last year’s marathon and, while they were recyclable, their use was branded a ‘waste of resources’.

However today organisers were seen trialling a range of innovations and measures aimed at cutting plastic use and reducing waste at this year’s marathon.

The event saw the largest ever trial of Ooho seaweed edible and biodegradable capsules, more than 30,000 of which were handed out at the 23rd mile of the iconic marathon. 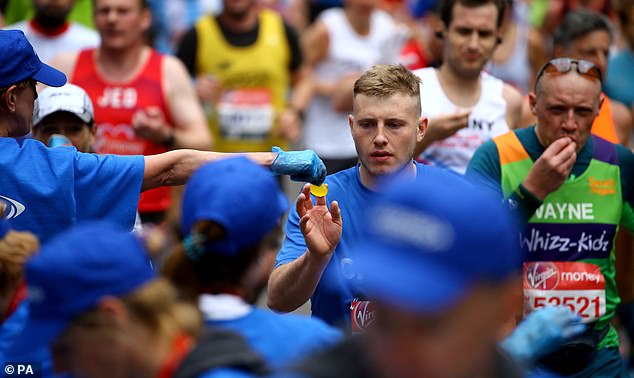 A London Marathon runner takes the seaweed capsule he is offered as he runs through the capital today. The innovative invention was offered to runners to try and combat last year’s plastic waste 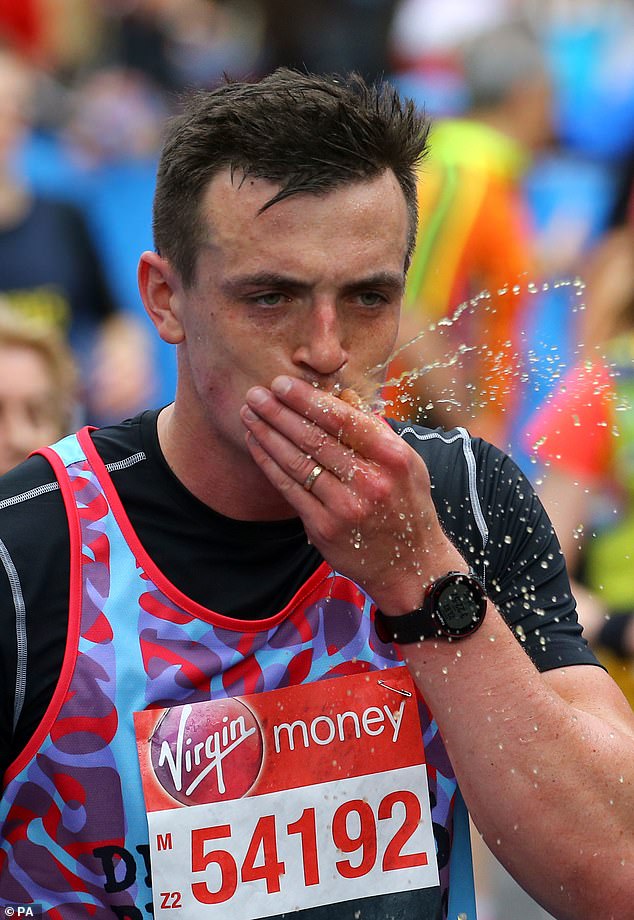 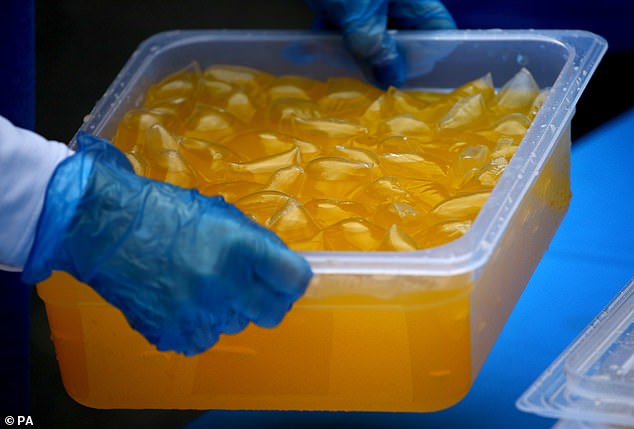 The capsules are made from brown seaweed, which inventors say is one of nature’s most renewable resources.

Organisers said they aim to cut the number of plastic bottles on the course by more than 215,000 at this year’s event. 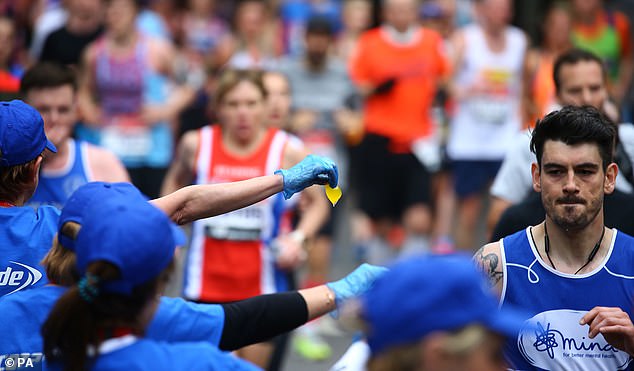 Marathon runners are offered energy capsules as they run through London today. Organisers hoped to cut the number of plastic bottles on the course by more than 215,000 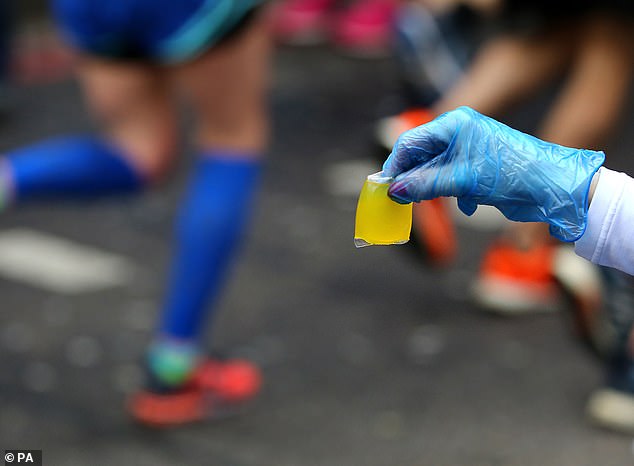 She told the Commons: ‘We need to keep people like that hydrated, but actually using single use plastics is such a waste of resources and there should be better ways.’

As well as efforts to cut the number of bottles in use, organisers are testing ways of recycling them more effectively.

Using a ‘closed loop’ system, plastic bottles collected in Tower Hamlets, Greenwich, Southwark and Canary Wharf will be returned directly to a reprocessing plant where they will be recycled into new bottles.