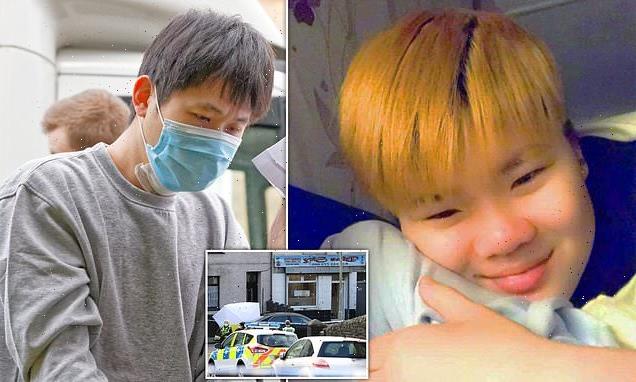 Man, 31, will stand trial in November for the murder of 16-year-old schoolgirl who died in her family’s Chinese takeaway restaurant in Wales

A suspected killer will stand trial over the murder of a 16-year-old girl who was ‘stabbed to death’ at her family’s takeaway in South Wales.

Chun Xu, 31, has been accused of murdering Wenjing Lin, 16, in an alleged attack at her family’s Blue Sky Chinese in Ynyswen, Rhondda, South Wales, in March.

The ‘role model’ schoolgirl was found in the kitchen of her home over the restaurant by her mother and died at the scene despite paramedics battling to save her.

Dozens of police officers were among more than 30 emergency vehicles called to the scene.

Xu, who is not related to Ms Lin, has been charged with the teenager’s murder and is also accused of the attempted murder of a 38-year-old man called Yongquan Jiang. 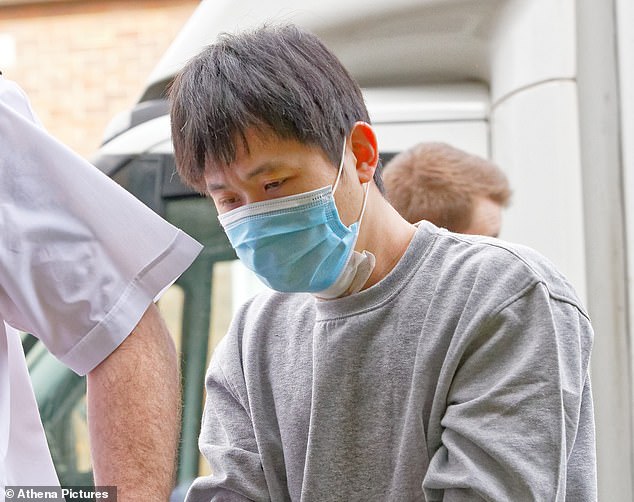 Chun Xu (pictured), 31, has been accused of murdering Wenjing Lin, 16, in an alleged attack at her family’s Blue Sky Chinese in Ynyswen, Rhondda, South Wales, in March

Xu, who speaks no English, appeared at Cardiff Crown Court on Friday where, speaking through a Mandarin translator, he denied the two charges.

Judge Michael Fitton QC said he would stand trial on November 1 this year at Swansea Crown Court in front of Judge Paul Thomas.

He ordered translators be prepared and work with Xu so he could follow the case.

Judge Fitton said: ‘This defendant will require time before and after each court day with a translator so he can understand the court processes.’

The judge told Xu he must return to court for a further hearing on October 22.

He continued: ‘You are required to attend court for the trial from custody. If you do not co-operate with coming to court the judge is likely to order the trial to go ahead without you – please make sure that doesn’t happen. 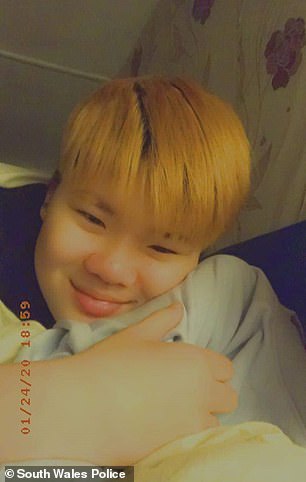 ‘It is in your own interest to co-operate, which you have done today, for which I thank you.

‘You are remanded in custody.’

An inquest heard Wenjing was discovered by her mother in the kitchen and was later pronounced dead.

She lived at the property with her mother, stepfather, and another male who was staying at the home at the time of Ms Lin’s death.

In a tribute, Wenjing’s heartbroken family said: ‘Wenjing had a very gentle soul, she was a very quiet person.

‘Wenjing helped the whole family, working in the family takeaway. She enjoyed school and worked very hard. She was loved by her family.’

A post-mortem examination, which took place at the University Hospital of Wales on March 6, saw the provisional cause of death given as pressure to the neck with further investigation to follow.

Coroner David Regan adjourned the inquest but did not fix a new date in order to allow the police to continue with their investigation.

Wenjing was about to take her GCSEs at Treorchy Comprehensive School where she excelled at maths.

She had been offered a place at a sixth form college where she was going to study maths and psychology. 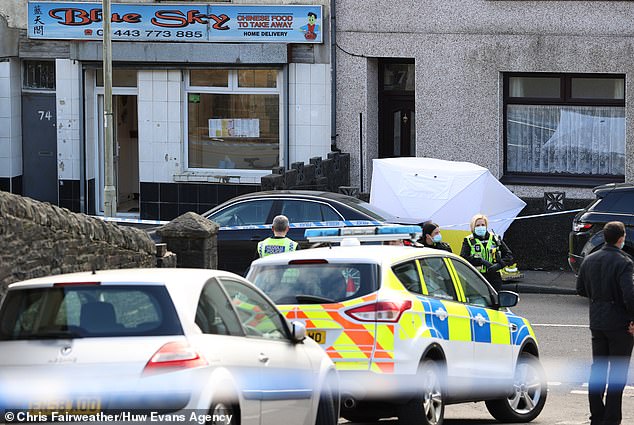 Judge Michael Fitton QC said he would stand trial on November 1 this year at Swansea Crown Court in front of Judge Paul Thomas. Pictured: The Blue Sky on Baglan Street on March 6

The teenager was working behind the counter at the family-run Chinese restaurant after local staff were laid off because of Coronavirus.

Wenjing had been described as a ‘positive role model’ in a tribute from her school, who said fellow pupils had been offered specialist counselling following her death.

Treorchy Comprehensive School said: ‘Wenjing Lin’s sudden death is a tragedy and has had a devastating impact on our school and in particular her friendship group and Year 11.

‘Wenjing’s life, however, will be remembered as a masterclass in how to be the very best version of yourself that you can be.

‘The school will remember Wenjing Lin as a positive role model.

‘She was extremely hard working and was in the middle of studying for her GCSEs and had ambitions to go on to study Psychology and Maths and further Maths at A Level.

‘The school is working with outside agencies to support all those impacted by this tragedy.

‘Students in Year 11 and across other year groups have already had access to immediate support, and this will continue with the support of trained counsellors during the weeks ahead.’