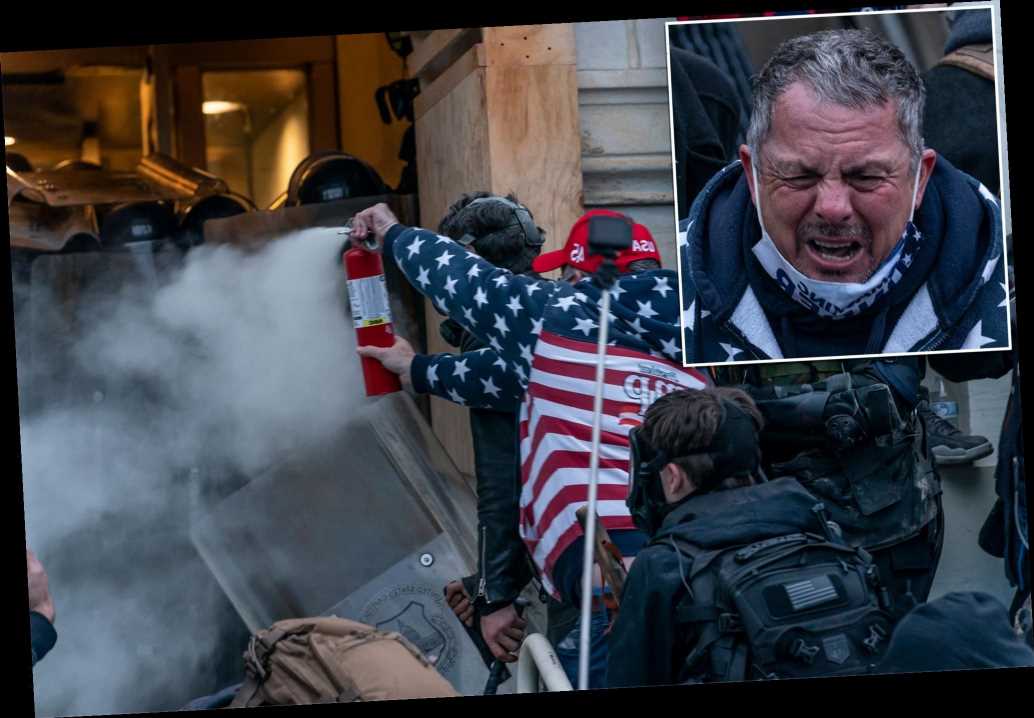 Sen. Ron Johnson says there was nothing ‘racial’ about his BLM protesters comment

US Capitol Police officer suspended for having anti-Semitic document

A Florida man who allegedly assaulted police with a fire extinguisher during the deadly Capitol riot was arrested on Wednesday, authorities said.

Robert Scott Palmer, 53, appeared in a federal court in Tampa on charges of assaulting, resisting or impeding officers, civil disorder and being in a restricted building or grounds, according to local outlets.

He was released on $25,000 signature bond, meaning he will only have to pay if he fails to show up to court, the Tampa Bay Times reported. A judge also ordered that Palmer undergo a psychological evaluation.

Images from the Jan. 6 siege allegedly showed Palmer, wearing an American flag jacket, spraying officers with the extinguisher at close range before throwing the emptied canister at them, according to the Huffington Post, which revealed Palmer’s identity earlier this month.

Footage from the riot also allegedly showed him shoving through a crowd of rioters to a line of cops while sporting a jacket that read: “FLORIDA FOR TRUMP.”

Reached by the outlet, the Sunshine State dad — who runs a cleaning business — griped that cops at the Capitol launched crowd-control munition at him for no good reason.

Palmer reportedly claimed that the Biden administration is unfairly targeting patriots in its effort to find and arrest rioters.

“I’m just going about it and letting them make the mistakes that they want and ruin the country as they want, and I’m just trying to live my life right now,” he told the website.

Palmer then hung up abruptly when asked about the fire extinguisher, according to the outlet.

The Huffington Post reportedly tracked down Palmer with the help of an internet sleuth who worked with the Twitter group @capitolhunters  to find Palmer’s identity using online images — including of his signature jacket — and other information.

His attorney, Bjorn Brunvand, told the Tampa Bay Times on Wednesday that Palmer turned himself in once he was informed that he would be charged.

“He’s remorseful for his actions,” Brunvand said. “We hope to resolve them without extensive litigation. I don’t think it necessarily reflects who he is, despite the fact that he did some things that weren’t very smart and that he regrets.”