A man left hundreds of tea-light candles burning, in preparation to propose to his girlfriend, but the flat caught fire while he was fetching her from work.

The groom-to-be left the lit tea lights in a room filled with balloons in his flat on Abbeydale Road in Sheffield.

He went to fetch his girlfriend from work and returned to the flat enveloped in flames with the South Yorkshire Fire and Rescue Service already on their way. 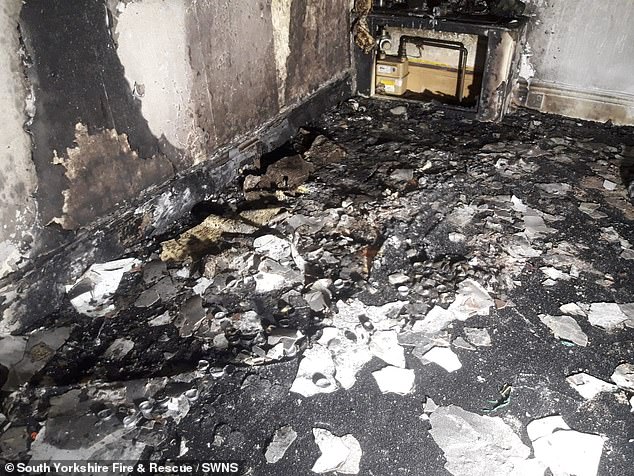 Pictured: the burnt out floor of the flat on Abbeydale Road in Sheffield after a man left the flat with hundreds of tea lights burning as part of a romantic set up to propose to his girlfriend 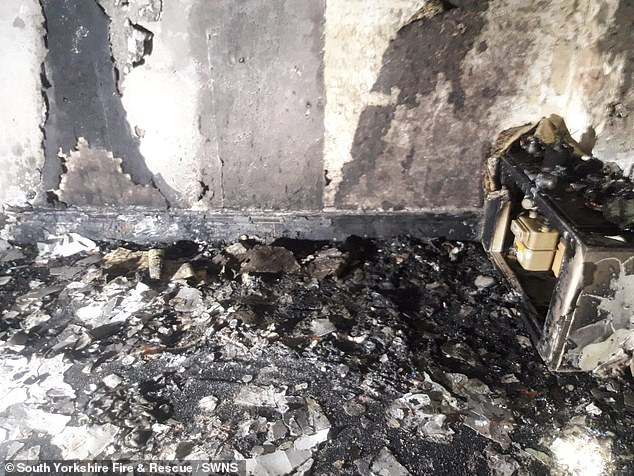 No one was injured and his girlfriend accepted his marriage proposal, the fire service reported.

Three fire engines attended the blaze in the first floor flat at 8.30pm on Monday.

The fire service shared photographs of the burnt room on social media and issued a warning about candles.

They said:  ‘So a quick chat with the occupant revealed that this room had been filled with hundreds of tea lights.

‘It had also been filled with balloons and, as you’d expect, a nice bottle of wine.

‘This was going to be the scene of a romantic proposal and the occupant, a chap who we shall not name, had really gone to town.

‘With the scene set, he went round the corner to pick his girlfriend up, ready for the big moment.

‘As they returned, though, their flat was on fire. The culprit? Yep, you guessed it, the tea lights.

‘Fortunately our firefighters dealt with the fire quickly and nobody was injured.

‘As romantic as they are and as much as we all love them, candles can be so dangerous.