A young thrillseeker was just inches from death after he ran in front of a 90mph hour train in a stupid attempt to impress his friends.

The youngster was seen dashing across tracks at a station – narrowly dodging a speeding train.

Footage then showed him jump onto the opposite platform and celebrate the move with a bow, before his friends joined him.

British Transport Police have released CCTV of the near miss at Pyle station, Bridgend, South Wales, in a bid to trace the young men.

The four youngsters, thought to be teenagers, were filmed standing by a platform shelter before one drops onto the track as a speeding train rushes by.

Another camera then shows the lad – dressed in a black hoodie – leap on the other platform as the train almost hits him. 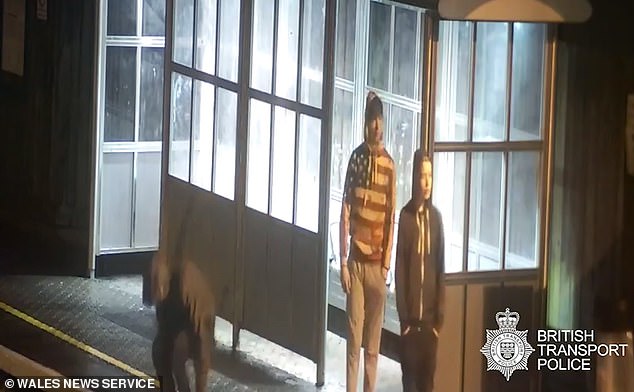 CCTV footage at Pyle station near Bridgend, south Wales shows the man climbing down onto the tracks 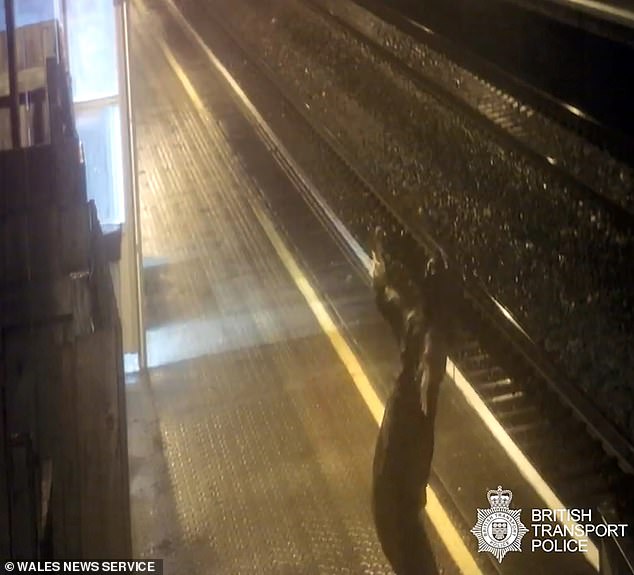 He was then seen gesticulating wildly to his friends by throwing his arms in the air and signalling for his friends to join him in the incident at 11.17pm on Tuesday 8 October.

Inspector Mike Edwards said: ‘The railway is a highly dangerous environment and anyone seeking to trespass on the line is not only committing an offence but are risking their lives.

‘This footage is deeply concerning, quite frankly I am surprised our officers were not called to a fatality that evening – this young man was seconds from tragedy. 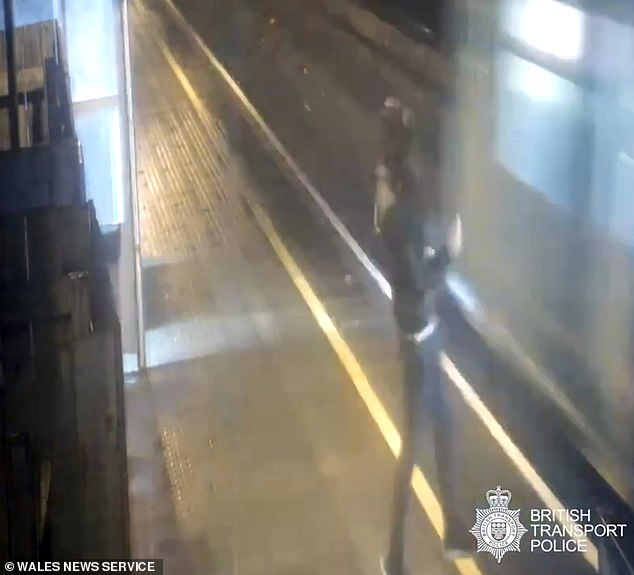 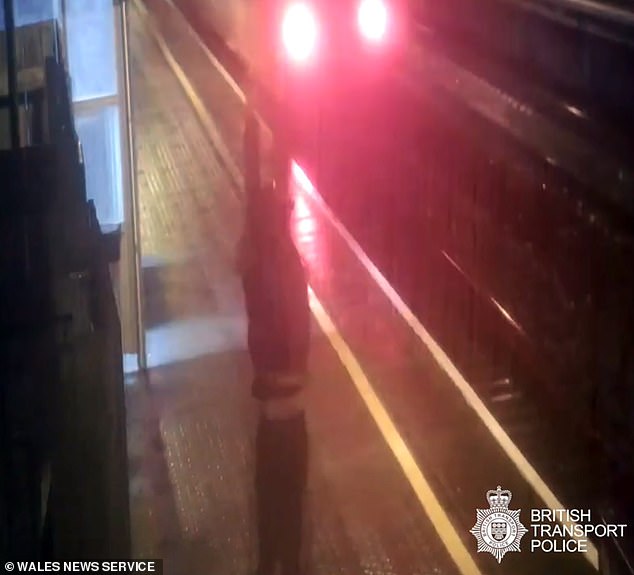 He then raises his arms before bowing towards his friends on the other platform. British Transport Police released the footage in the hope of tracing the man

‘Trespassing is no joke and we urge people to respect the railway and its dangers.’