A man has been found not guilty of trying to sexually assault a woman he dragged into a Melbourne laneway, following a judge-only trial.

Jackson Williams grabbed the woman from behind and dragged her into Brights Place, off Little Lonsdale Street, putting a hand over her mouth as he lay on top of her during the 37-second ordeal on October 28, 2018. The woman was walking to work when she was attacked at 6.26am. 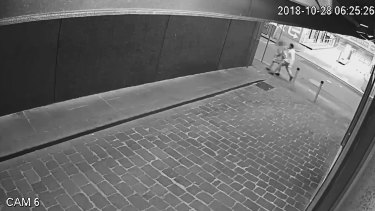 Williams got off the woman and ran away when off-duty New Zealand police officer Adrian Woodgate, who was on a holiday with his family, saw the struggle and called out as he ran towards the pair.

County Court judge Mandy Fox on Tuesday found Williams, 21, not guilty of intent to commit a sexual offence, but guilty of the alternative charge of common assault.

Judge Fox, who heard the evidence and delivered the verdict in a judge-only trial as jury trials were suspended due to the coronavirus, was not satisfied beyond reasonable doubt that Williams intended to sexually assault the woman.

"It may be tempting to reason that because his body is on top of hers for a period
during the assault, with the front of his body against the front of her body, then there must be a sexual intention," the judge said in her reasons. 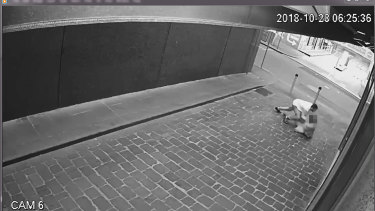 He dragged her into Brights Place, off Little Lonsdale Street, putting a hand over her mouth as he lay on top of her.Credit:

"However, a dispassionate viewing of the CCTV footage shows that he is using his weight to control the complainant, who might be smaller and weaker but is still resisting and screaming."

Williams' lawyer, Rosalind Avis, had submitted that prosecutors couldn't prove that the accused man intended to sexually assault the woman, and he made no attempt to kiss or grope her or pull off her clothing.

It was also possible Williams was trying to rob or assault the woman, Ms Avis said.

Prosecutor Stephanie Clancy had submitted Williams never made demands for money or property and that it "strained credulity" to suggest the attack was anything but sexually motivated. 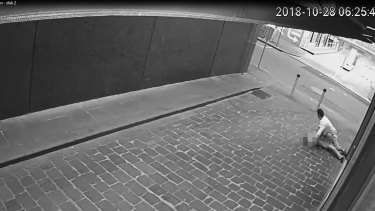 The woman was held down in the daylight attack.Credit:

Judge Fox said there was clear evidence of an "intentional and violent attack", but was not persuaded by the prosecution case. She said she had no evidence of the man's intent and found it was possible he was trying to rob or assault the woman.

Williams had been to a nightclub in Essendon the previous night and then to a club in Melbourne and told police he couldn't remember grabbing the woman as he had been drunk.

The woman suffered back pain and a sore head afterwards.

"She was really frightened and scared, and said he was really strong and she was too weak to fight," Judge Fox said.

Williams is on bail and is due to appear for a pre-sentence hearing on November 12.