This is the shocking moment a man is knocked unconscious during a violent mass brawl as a laughing bystander squeals in delight while filming the incident.

In the disturbing footage, several men savagely kick and punch each other in the middle of a busy street, believed to be in Newcastle, before one of the men is viciously thrown to the ground.

As the unconscious male victim lies sprawled on the road the cameraman is heard cackling with excitement as he continues to film the violent events unfold. 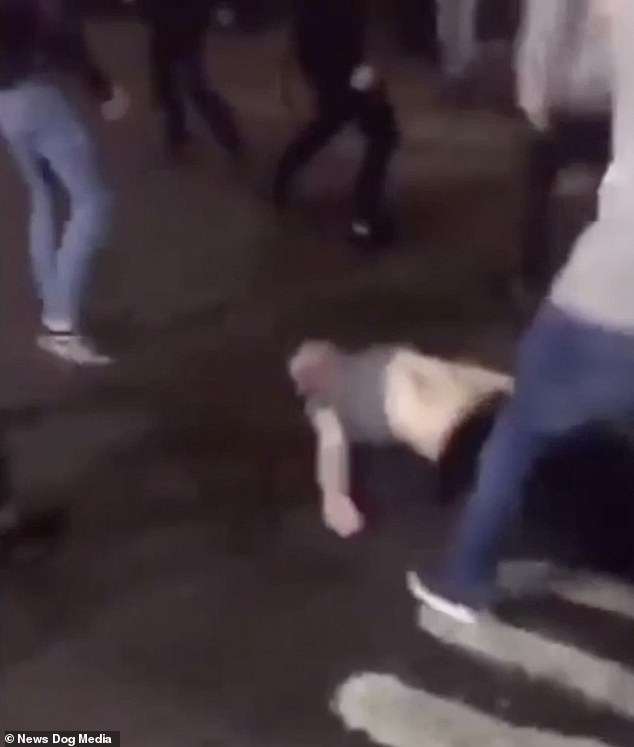 Several men are seen viciously kicking and punching each other in the middle of a busy street, believed to be in Newcastle, before one of the men is thrown to the ground The video begins by showing several men squaring up to each other in the middle of the busy high street before a male in a white shirt confronts the fighters and punches them.

A large group of males then begin aggressively throwing blows at each other as cars honk their horns at the sparring men.

Some men also appear to be violently kicking a person on the ground.

The laughing cameraman’s view of the fight is briefly blurred as other people circle around the brawling men. 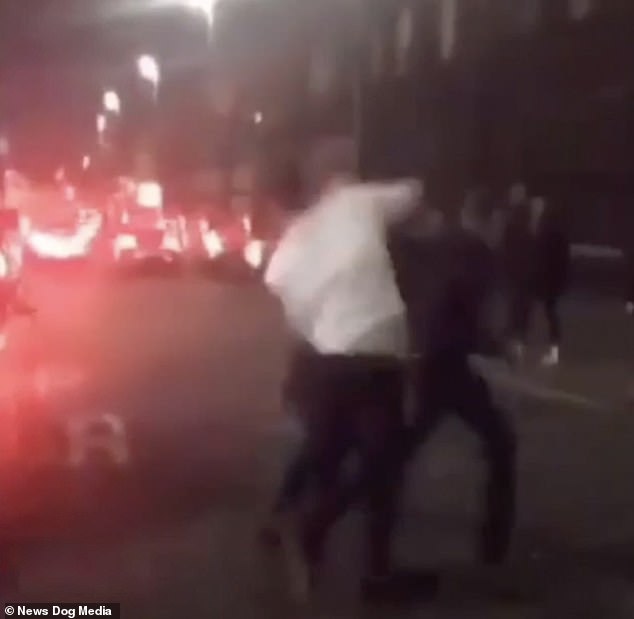 As the male victim lies unconscious on the street the camera, who has been filming the entire event, is heard cackling with delight

However as the cameraman approaches the scene the man is seen knocked out cold and lying unconscious in the middle of the road.

The filming onlooker cackles in amusement at the unconscious man – as a few people rush to the injured male’s aid.

Complete chaos then ensues before the cameraman laughs and runs away from the commotion.

One user wrote: ‘This only happens in England.’

While another commented: ‘Imagine you’re that guys parent, shame on England.’