Bumbling bridegroom, 50, lands himself in court after marrying second wife in dream church wedding…after FORGETTING to pay for his divorce

A bumbling bridegroom who claimed he had never been married was arrested after it was discovered he had not actually divorced his first wife.

David Campbell found himself in the dock accused of bigamy because he had not properly completed divorce proceedings from an earlier marriage.

The 50-year-old said he wanted to give his wife-to-be, Helen, the church wedding she dreamed of when they tied the knot on May 5 last year.

But Campbell, of Sunny Bank, in the village of Cartmel, Cumbria, was already married after wedding Claire Bell in 1997. 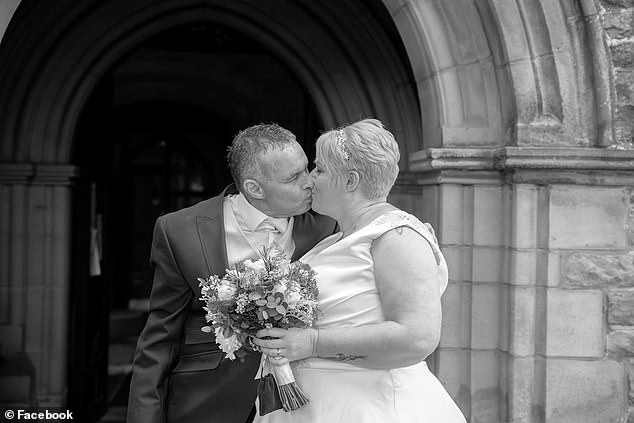 David Campbell after his wedding to his second wife, Helen, at St Michael and All Angels Church in Beetham, Cumbria, in May 2019

The pair separated in 2007 and filed for divorce, but Campbell forgot to send off the cheque to pay for the process, Preston Crown Court heard.

In May 2018, Campbell and his fiancee met with Rev Andrew Norman, the priest in charge at St Michael and All Angels Church in Beetham, Cumbria, to plan their wedding.

Both were questioned about their eligibility to wed and was asked if he had been wed before.

On January 22, Campbell was asked to fill in a form, which included the question: ‘Why do you wish to be married in church?’

Campbell responded: ‘I only intend to be married once and to prove my love and devotion.’ 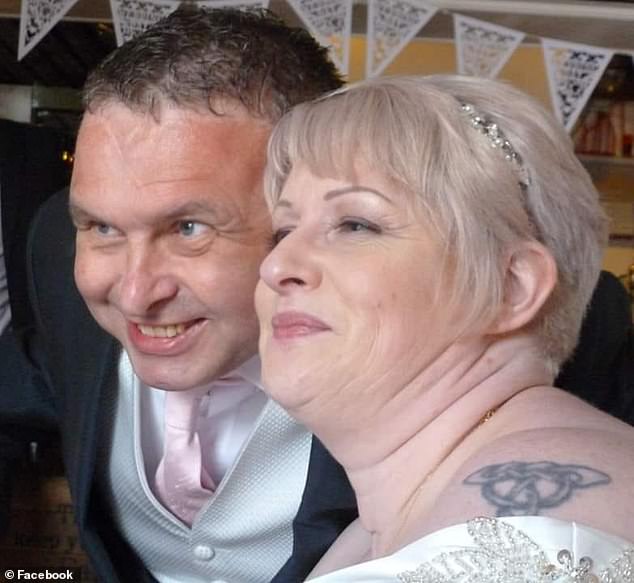 Campbell separated in 2007 from his first wife Claire Bell and filed for divorce, but forgot to send off the cheque to pay for the process. He is pictured (above) during his wedding to second wife Helen in 2019

However when wedding photos emerged on Facebook, Campbell’s past came back to haunt him and he was arrested on suspicion of bigamy.

Paul Cummings, prosecuting, told the court: ‘The vicar gave examples of four occasions when the defendant had the opportunity to disclose his marriage.

‘The defendant thought it had come to an end and hadn’t done so when questions were asked of him.’

David Traynor, defending, said his client believed he had divorced and did not disclose the first marriage because it would have prevented a church wedding for his second spouse.

He told the court: ‘He genuinely thought he was divorced. The papers show he had applied for the decree absolute but hadn’t sent the fee. 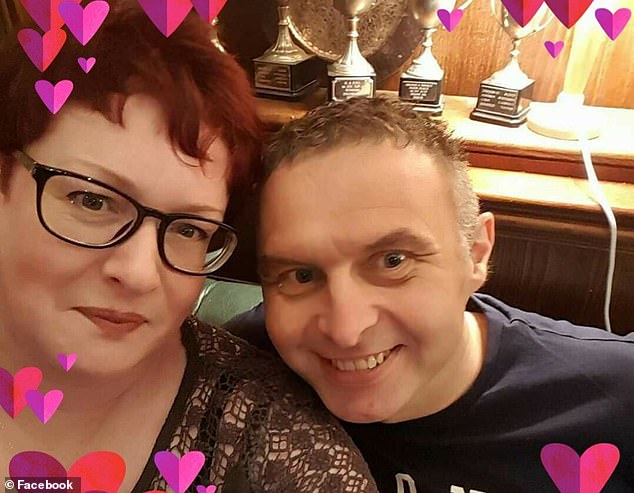 David Traynor, defending Campbell, said his client believed he had divorced his first wife and did not disclose the first marriage because it would have prevented a church wedding for his second spouse, Helen (pictured with the defendant)

‘He wished his wife to have the ability to get married in church but the grounds for his previous divorce would have prevented that.’

Campbell pleaded guilty to making a false statement for the purposes of entering into a marriage. The prosecution dropped the more serious charge of bigamy.

Judge Simon Medland QC, sentencing, said: ‘Misleading the authorities on matters such as this is a serious business and it merits being brought to the crown court.’

He handed Campbell a community order with a curfew to stay at home between 10pm and 6am until March 2, 2020.