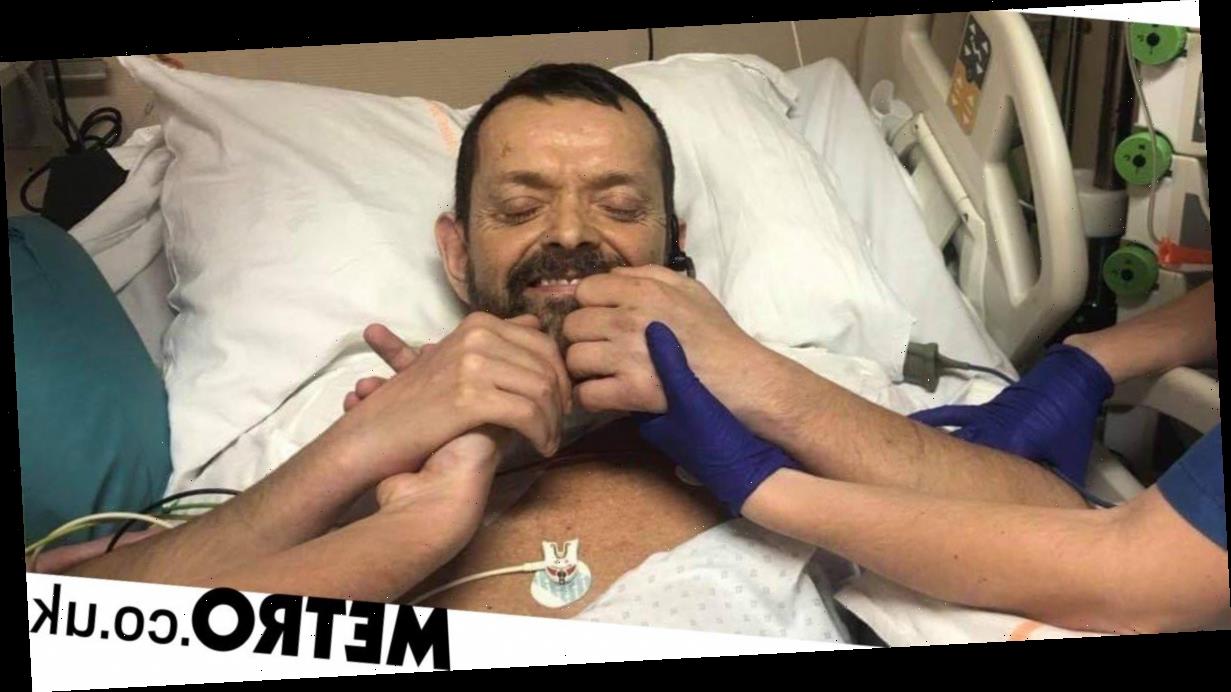 An Icelandic man has received the world’s first double arm and shoulder transplant more than 20 years after a devastating accident that forced doctors to amputate.

Felix Gretarsson, 48, is said to be recovering well after going under the knife for the pioneering 14-hour surgery nine days ago in Lyon, France.

The operation has been hailed as a success although doctors are waiting to see how the dad-of-two responds.

But it will be a ‘life-changer’ if he can ‘recover the possibility to actively bend his elbow’, lead surgeon Aram Gazarian told a news conference yesterday.

He added: ‘Giving a little to somebody who was missing so much, that is already a lot.’

Mr Gretarsson posted a picture on Facebook yesterday appearing to show him in a hospital bed holding the hands of medical staff.

Undergoing the operation was his ‘greatest dream’, his wife, Sylwia, told reporters.

He said: ‘For the next four years, my life only got worse.

‘But fortunately, there came a day of awakening. I realised I was much stronger than I thought and the world is full of good people who can help us navigate our difficulties.’

Get in touch with our news team by emailing us at webnews@metro.co.uk.