The partners of two Manchester City stars have been caught up in a vicious row after one branded the other a ‘bum b****’.

Leroy Sane’s girlfriend Candice Brook, 35, was revealed to have sent a string of text messages to Riyad Mahrez’s wife Rita, 25.

The clash was sparked by reports that Rita had been spotted at a nightclub with 34-year-old, heavyweight boxer Deontay Wilder. 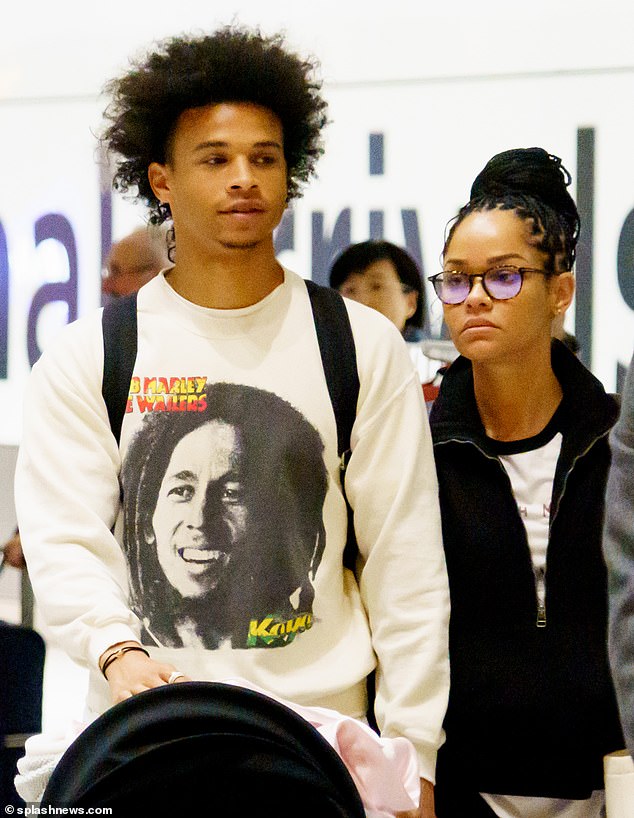 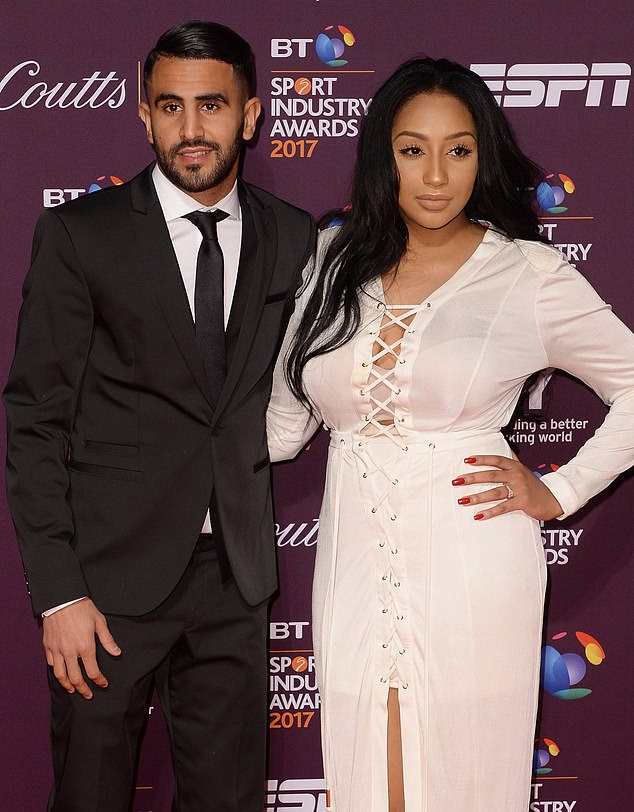 Candice, who is a close friend of Wilder’s fiancee Telli Swift, sent a message to Rita soon after calling her a ‘groupie b****’.

She then sent another shortly after reportedly saying: ‘You eating with your fat ass stomach, lol.’

Rita was quick to defend herself and hit back by saying that Candice looked ‘like an old boy’ and should ‘take that wig off’.

One source close to the pair said: ‘We all know that WAGs can have sharp tongues but no one has seen anything like this before. It is vicious. 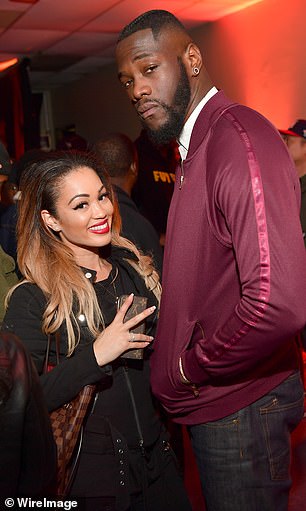 ‘Rita was completely taken aback by the savagery of Candice and tried to defuse things with a little humour as best she could,’ according to The Sun.

Candice had apparently continued to mock Rita over her weight and breast implants before appearing to threaten to fight her when she wrote: ‘See me in Manchester. I don’t do text baby girl.’

But the heated argument showed no sign of relenting.

Rita responded again by claiming that Sane’s mother had wanted Candice to sign a pre-nuptial agreement before any upcoming wedding because she was a ‘gold-digger’.

It is thought that the feud was halted after the respective partners stepped in to diffuse the situation who have since spoken to each other privately.

The pair have agreed not to let the spat off the field effect their performances.

The Christmas party for the Manchester City squad is coming up and Rita is said to be considering hiring her own security for the evening.

A WhatsApp group was set up between the rest of the partners of the Manchester City team to discuss whose side to take. 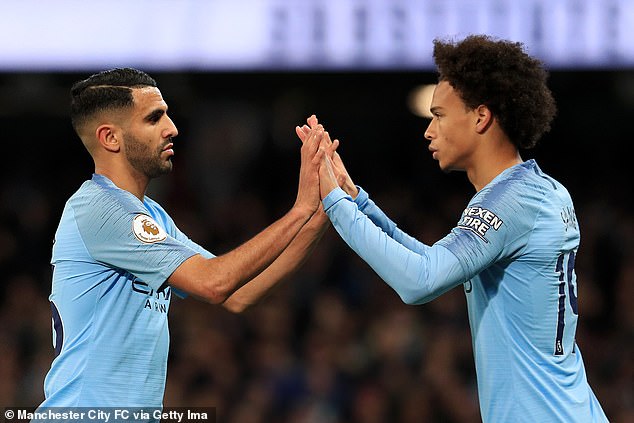 It is thought that the feud was halted after the respective partners stepped in to diffuse the situation who have since spoken to each other privately. Pictured: Mahrez (left) and Sane (right) during a match at the Etihad Stadium

It comes just weeks after the public feud between WAGs Coleen Rooney and Rebekah Vardy.

Coleen had set up a ‘trap’ to ensnare one of her Instagram followers who she believed had been leaking her stories to the press – which earnt her the nickname ‘Wagatha Christie’.

She later accused Rebekah of being the mole but she insists that she is innocent.