‘My boys told me I’ve got to find her for Christmas’: Man begs wife who has been missing for five weeks to come home in time to celebrate with their children

The husband of a missing woman has begged her to return home as their two young sons face spending Christmas without her.

Kimberley Kettlety, who has two sons aged seven and 11, was last seen on Thursday, November 8, near the Dolman Theatre and Lower Dock Street area of Newport.

Her husband Gareth Kettlety has been leading a campaign to track down the 35-year-old by organising search parties, handing out leaflets, and spreading the message on social media. 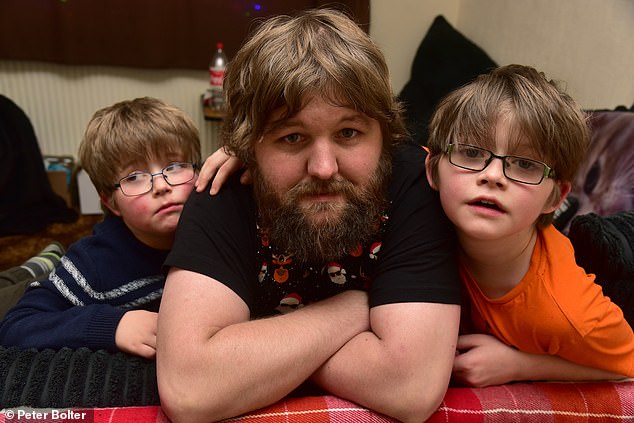 Mr Kettlety (centre) said he last had contact with Mrs Kettlety on Wednesday, November 7, when they made arrangements over text message to meet on a Saturday and for Max (pictured right with his father and younger brother Ethan) to stay the night at her house 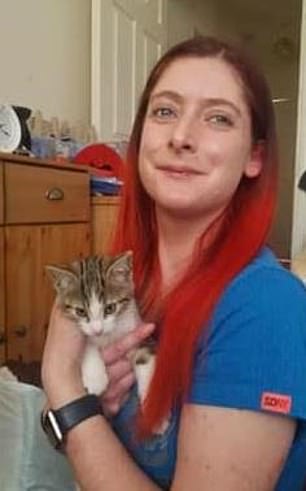 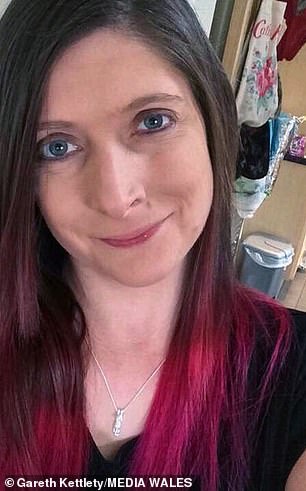 Mr Kettlety, who his separated from his wife (pictured), said this year would have been her turn to have the children over Christmas. According to Mr Kettlety, Kimberley has a history of mental health issues and has been diagnosed with borderline personality disorder

Train mechanic Gareth said he hadn’t initially told his sons Max, 11, and Ethan, seven, of the seriousness of their mum’s disappearance, but has since explained to avoid them hearing it from elsewhere.

‘The weekend just gone it sort of dawned on them that she might not be home for Christmas,’ the 34-year-old said.

‘That was difficult. They sort of twigged themselves. They are telling me I have got to find her for Christmas.’

Gareth, who is separated from Mrs Kettlety, said this year would be her turn to have the boys with her on Christmas morning.

Gareth, who lives in Bettws, said he last had contact with Mrs Kettlety on Wednesday, November 7, when they made arrangements over text message to meet on a Saturday and for Max to stay the night at her house in the Maesglas area. 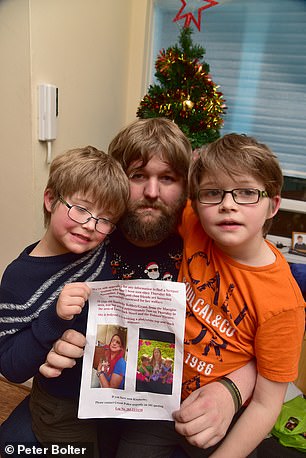 Max, 11, and Ethan, seven, (pictured right and left) face Christmas without their mother despite Mr Kettlety’s desperate attempts to find her

Although he didn’t hear from her again for the rest of the week, he took the boys to John Frost Square in Newport town centre on Saturday where they would usually meet.

‘The police have said her last point of contact was a phone call with her boyfriend,’ he said.

‘She left [her parent’s house] by taxi and she got off at that little cul-de sac-by the Dolman Theatre.’

The family checked her home in Maesglas where they discovered she had left her mobile phone and the front door open.

‘Her door was open and her phone was on the table,’ Gareth said. ‘Her keys were also left behind.’

Gareth said presents she had bought the boys for Christmas were also found in the house.

Gareth has since started a Facebook group called Help Find Kim, and has been distributing leaflets and organising search party events around the city. 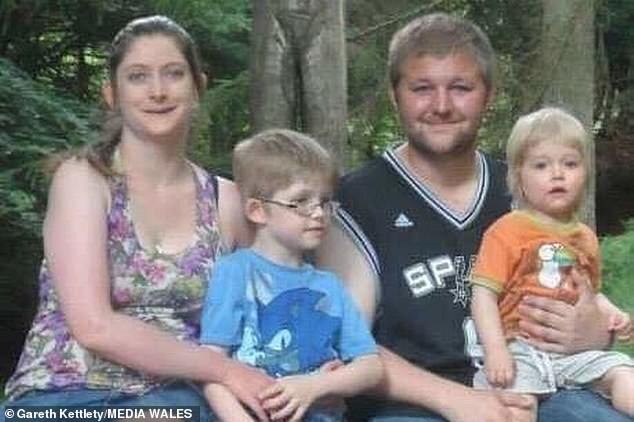 Kimberley Kettlety (left) has two sons aged seven and 11, (Max and Ethan are pictured left and right) with husband Gareth (right). Mr Kettlety has been organising search parties, handing out leaflets, and spreading the message on social media since his wife’s disappearance 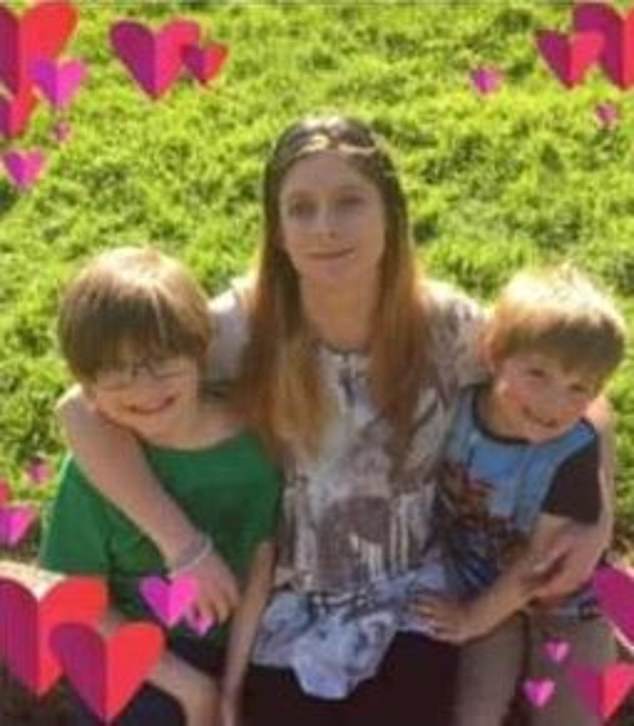 Mr Kettlety said he hadn’t initially told his sons Max, 11, and Ethan, seven, (left and right with their mother) of the seriousness of their mother’s disappearance, but has since explained to avoid them hearing it from elsewhere

But he says the long five-week search has taken its toll on him and the family.

‘I had four weeks off work for stress which has helped me to organise these events and with the kids as well,’ he said. ‘But it has been tough.’

‘The boys want her home. They are really missing her,’ he said.

‘Her mum and dad are worried sick as well. Loads of her old school friends have been involved in the and they all want to see her home.