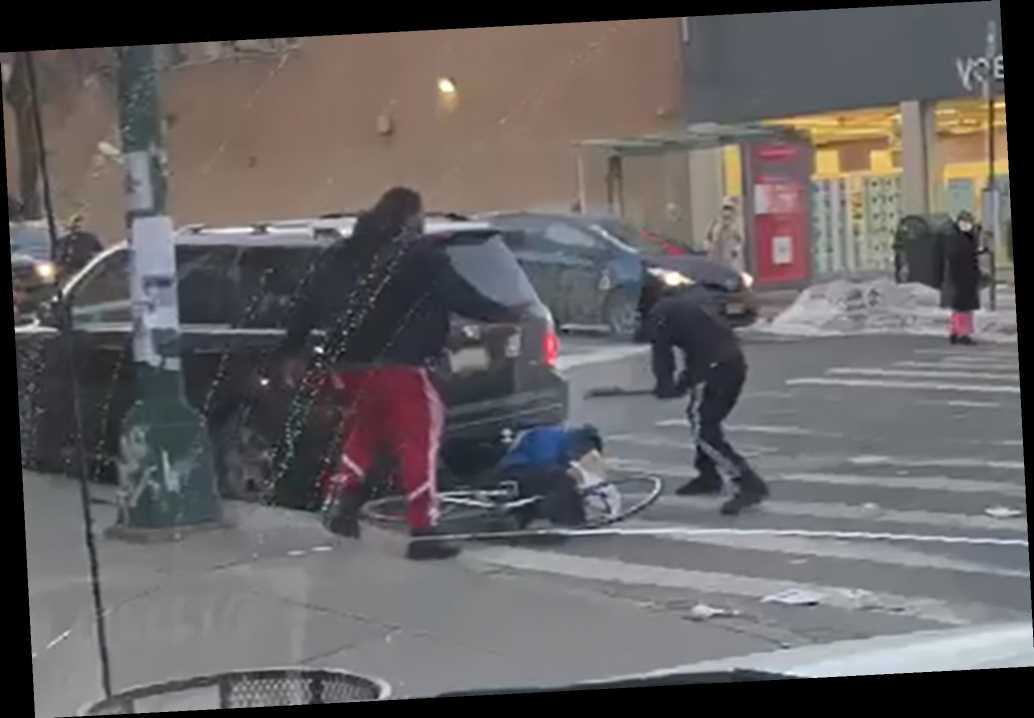 Subway assaults on cops are on the rise: NYPD Transit chief

New video obtained by the Post shows a savage, baseball bat beating on a Brooklyn street that only ended when a bystander stepped in, cops said Thursday.

Ashanti Robinson, 46, is facing criminal charges in the assault that occurred on Flatbush Avenue around 5:30 p.m. Wednesday, cops said.

In the video, he can be seen swinging the bat and repeatedly hitting a man who was on a bicycle. A good Samaritan eventually warded the attacker off.

Robinson was charged with assault, menacing and criminal possession of a weapon, cops said. He was awaiting arraignment as of late afternoon.

It’s not clear what provoked the attack, but police said the two men were strangers.

The victim was taken to Kings County Hospital in critical but stable condition with cuts and swelling to the head.

Robinson has 14 prior arrests that are sealed. He has one unsealed arrest in 2014 for criminal possession of a weapon, police sources said.