Electrician, 36, admits battering his lover during Fifty Shades-style rough sex after she was found half-naked in the street – because ‘he thought she was enjoying it when she didn’t say their safeword “Eggtimer”’

An electrician has admitted assault after a Fifty Shades-style rough sex session ended with his Tinder date fleeing into the street wearing just a bra.

Dean Wilkins, 36, slapped and punched Lucy Archer, 33, during the romp before she fled to the street past worried neighbours as her date reassured them ‘It’s all right, this is only role play’.

Wilkins messaged the bloodied Ms Archer, a salon owner, as she hid in a bush, asking why she didn’t use the safe word ‘egg timer’ during their cocaine and alcohol fuelled encounter. 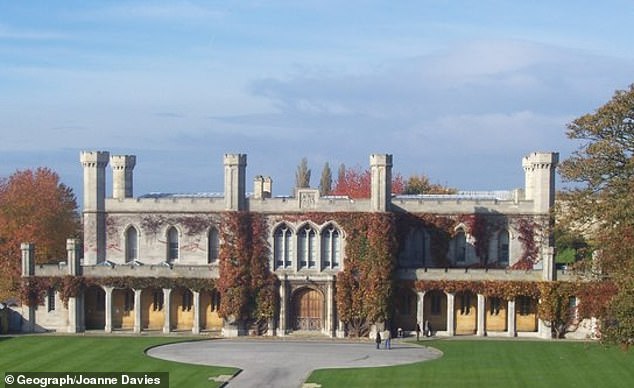 Lincoln Crown Court heard that Ms Archer told Wilkins ‘this isn’t role play’ as she fled. Police were called and found her with a dislocated shoulder and clumps of hair pulled from her head as well as a bloodied nose, swollen cheek and red marks on her neck.

The court heard that Wilkins text his victim after the incident in his Lincoln flat, asking was she all right.

He added: ‘I did exactly as you asked baby. Honestly thought this is what you wanted, I’m sorry.’

The electrician eventually handed himself into police and is now due to be distanced later this month for actual bodily harm.

Six days before the incident, Ms Archer told Wilkins in a text message that she wanted him to ‘kidnap’ her and ‘tie me to a tree’.

The pair had met on dating app Tinder and regularly enjoyed rough sex, often filming it on their mobile phones.

Two weeks before the assault Wilkins received a message from his victim stating that she was covered in bruises, he said he thought she was gloating and wanted to be degraded.

The judge presiding ruled that some of the salon owner’s injuries following the incident on May 28 weren’t consistent with previous activity and were not consensual.