New Hampshire man, 30, ‘killed his wife’s lover, 25, before forcing her to decapitate the body after he found out about their affair’

A New Hampshire man allegedly killed his wife’s lover before forcing her to decapitate him after he found out about her affair.

Britany Barron, 31, told New Hampshire state police that her husband, Armando Barron, 30, ordered her to kill Jonathan Amerault, 25, after he discovered the two were lovers when he went through her phone last weekend.

According to the Keene Sentinel, Armando assaulted Amerault beginning the night of September 19 and into the morning of September 20.

He is then accused of ordering his wife to cut Amerault’s wrists, which she did, while they were inside the victim’s Subaru Impreza. 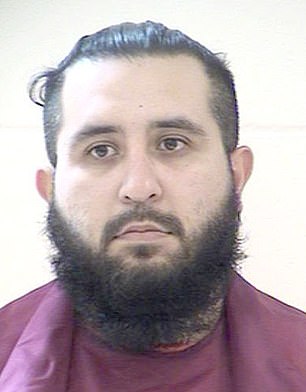 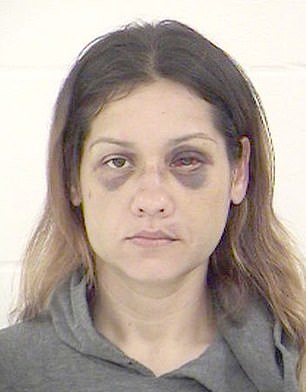 Armando Barron (left), 30 allegedly killed his wife’s lover before forcing her to decapitate him after he found out about her affair. Britany Barron (right) says she was also assaulted by her husband

Britany told New Hampshire state police that her husband ordered her to kill Jonathan Amerault (pictured), 25, after he discovered the two were lovers when he went through her phone on last weekend

According to investigators, Britany claimed that Armando told her to shoot her lover, but when she refused he shot the victim three times.

‘When she did not shoot him, Armando removed the gun from her hand,’ an affidavit, obtained by the Sentinel, reads.

Two of the shots struck Amerault in the chest and one struck him in the head.

According to a press release from State Police, Amerault, who was employed by medical supply company Teleflex Medical OEM, was reported missing last Monday morning after he didn’t show up for work.

Amerault’s friends and family said they hadn’t heard from him since the evening of September 19.

According to the Sentinel, police announced the discovery of a body two days after he was reported missing.

Britany, who also worked at Teleflex, reportedly called the company on Monday and told her employers she would not be coming in and that she would be quitting. She told investigators that her husband also assaulted her, leaving her with two black eyes and injuries to her nose.

To dispose of the body, Armando allegedly ordered his wife to drive to Errol with Amerault’s body in the vehicle. 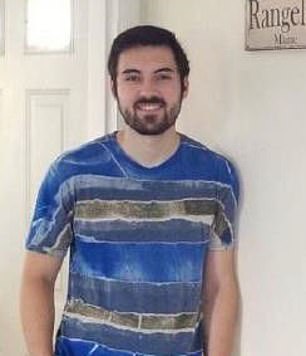 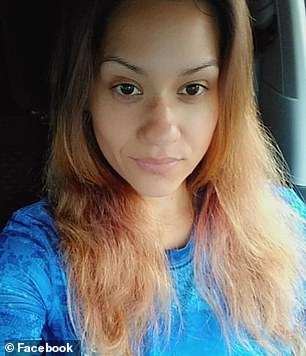 While disposing of the body, Britany (right) claimed that Armando made her decapitate Amerault (left) 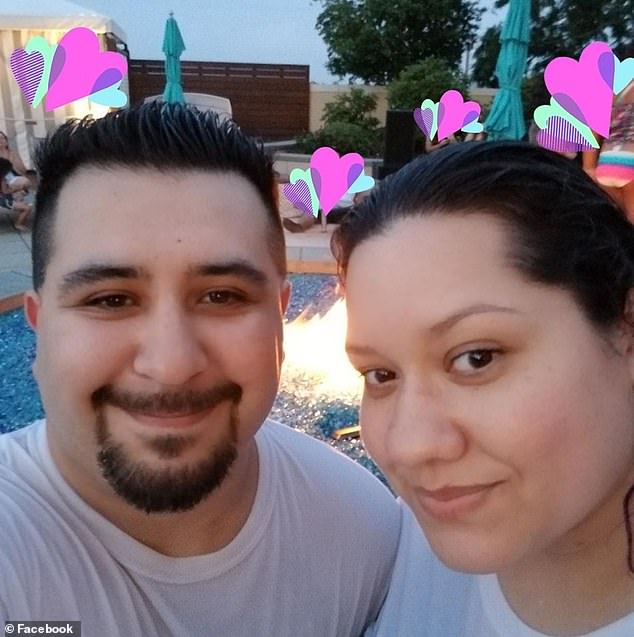 Armando was charged with capital murder in Amerault’s death and for assaulting his wife. Britany has been charged with falsifying evidence. The both pleaded not guilty

Once there, Armando is said to have stopped at a store to purchase tarps, lighter fluid, household cleaner and a shovel, according to the Sentinel.

They then went into the woods and made camp. That’s when Armando made Britany cut off Amerault’s head, according to the affidavit.

She removed the victim’s head and it was buried separately.

Armando later made Britany send messages to loved ones and friends, saying that she would be moving to New Mexico where he sister lives, authorities said.

Police were notified of the body on Tuesday after hunters reported the Barrons to the state’s Fish and Game department for violating the no-camping policy in the area.

While investigating the area, officers spotted what appeared to be a body wrapped in a tarp in a nearby brook.

Armando was arrested on Wednesday while driving with his nine-year-old daughter.

He was charged with capital murder in Amerault’s death and for assaulting his wife. He pleaded not guilty to the charges and is being detained.

Britany has been charged with falsifying evidence, claiming that she mutilated and concealed Amerault’s body and tried to clean his car, according to the affidavit.

She has pleaded not guilty and ordered to be held without bail.