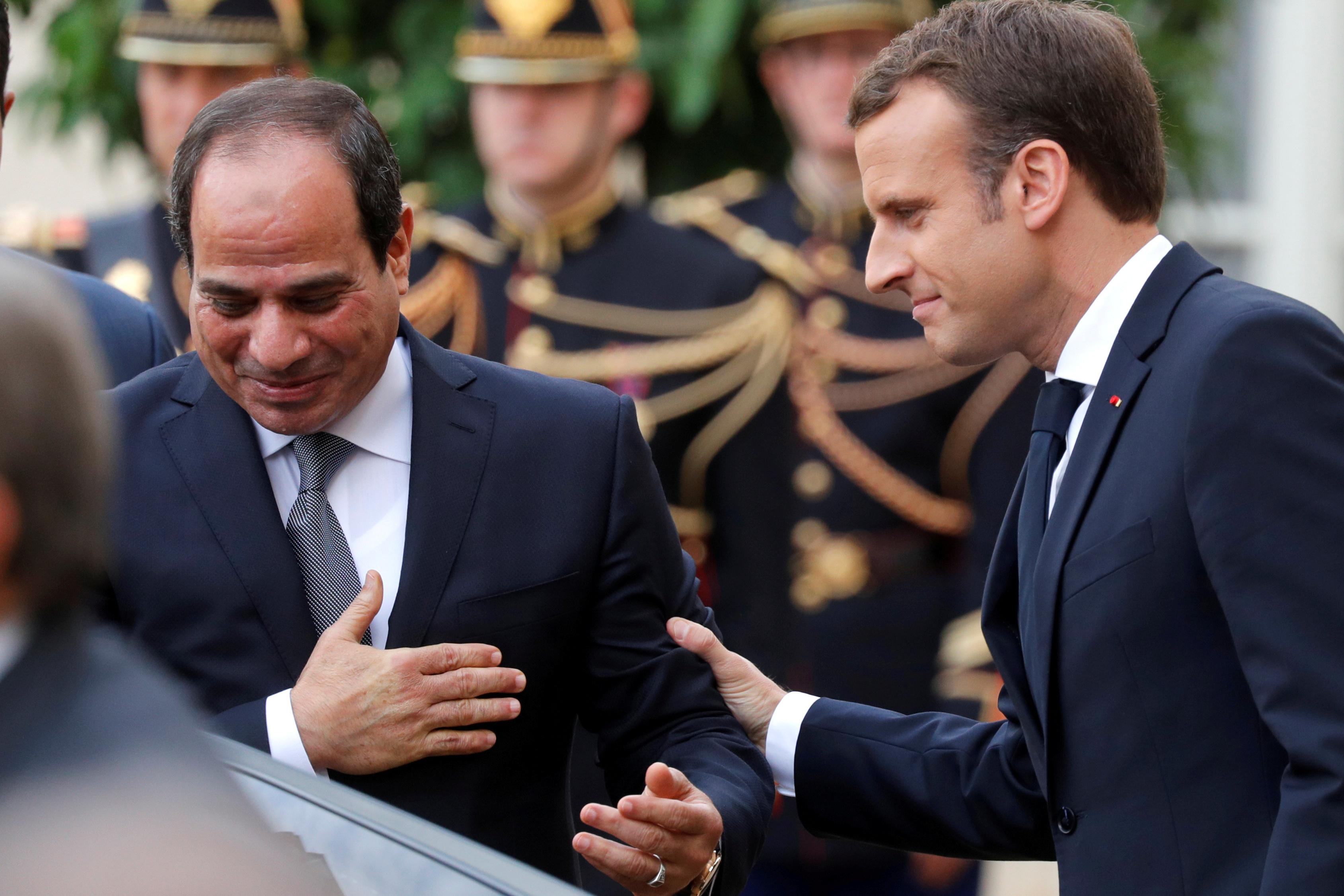 CAIRO (Reuters) – French President Emmanuel Macron said on Monday that he told his Egyptian counterpart Abdel Fattah al-Sisi during a visit to Cairo that stability and security could not be separated from human rights.

After saying in 2017 that he would not lecture Sisi on human rights, Macron has been under pressure from non-governmental organisations to take a firmer stance and had said he would be more outspoken during his three-day visit to Egypt.

“Stability and durable peace go together with respect for individual dignity and the rule of law, and the search for stability cannot be dissociated from the question of human rights,” he said during a joint press conference with Sisi that was dominated by the subject of rights.

“Things haven’t gone in the right direction since 2017 — bloggers, journalists are in prison and because of that Egypt’s image can find itself suffering,” Macron said.

Sisi told reporters that rights should be taken in the context of regional turbulence and the fight against terrorism.

“Egypt does not advance through bloggers. It advances through the work, effort and perseverance of its sons,” he said.

Macron dismissed suggestions that French weapons in Egypt were being used against civilians, saying they had only been used for military purposes.

He also said no potential new military contracts were talked about during the meeting with Sisi beyond a possible deal for 12 fighter jets.

Officials signed a series of economic and development deals including French support for social policies and female entrepreneurship, and a memorandum of understanding for the expansion of Cairo’s metro.