A LUXURY house on an English country estate where the Allies plotted the assassination of one of Hitler's top henchmen has gone on the market for £1.5million.

Rooftops, a Norwegian-style chalet, is located on the Moreton Paddox estate in Warwickshire where 4,000 Czech soldiers were billeted during the Second World War. 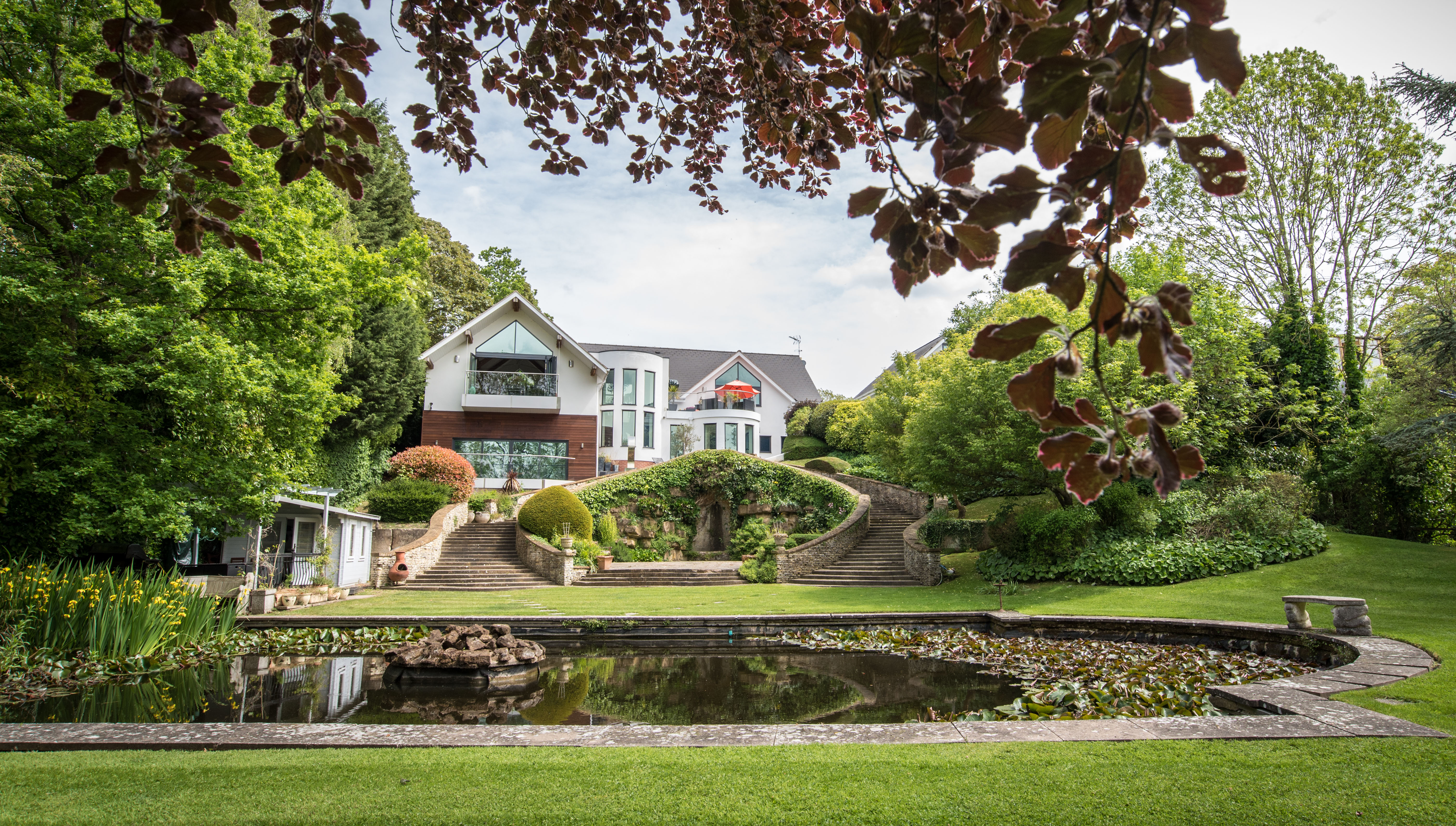 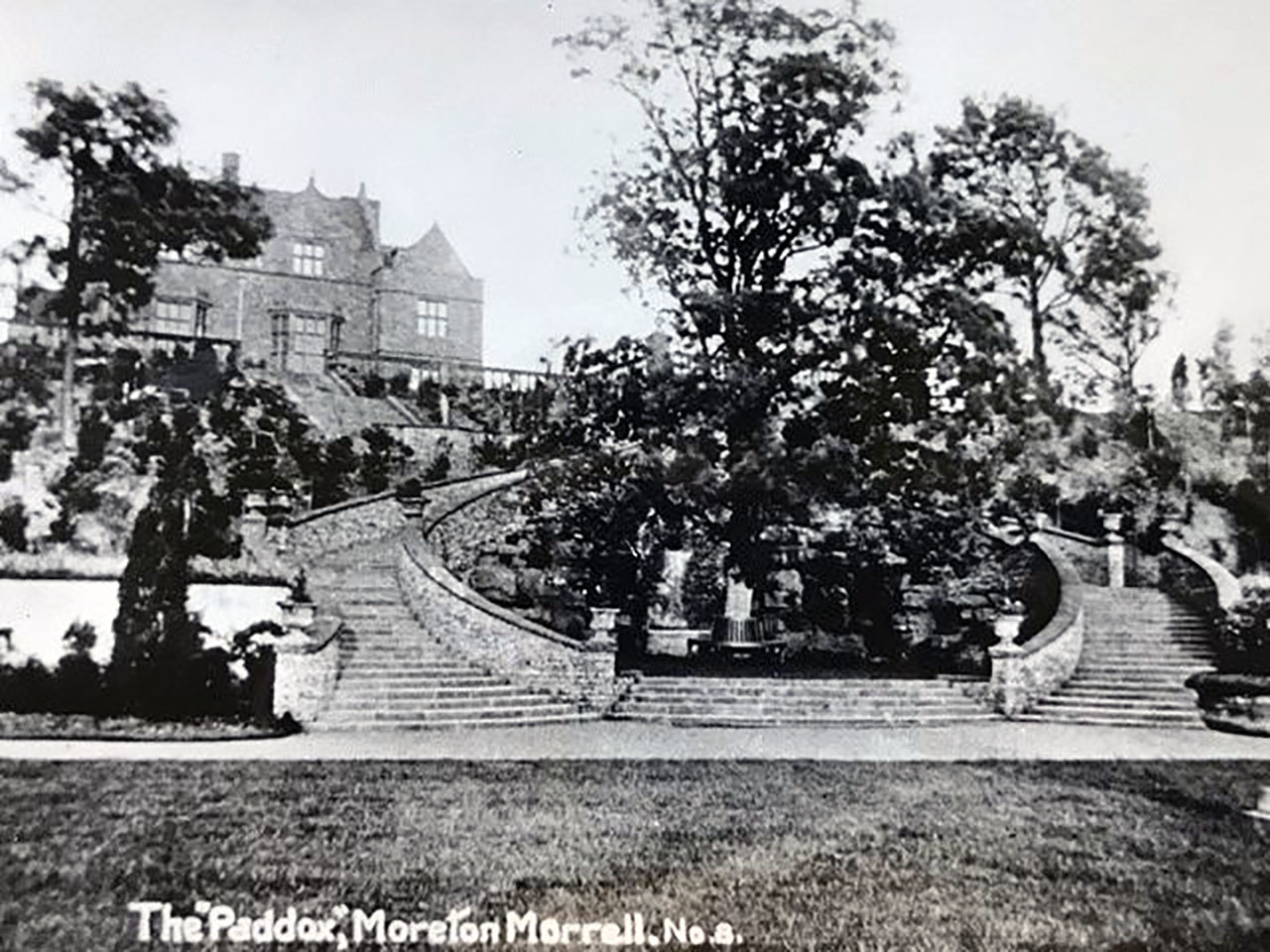 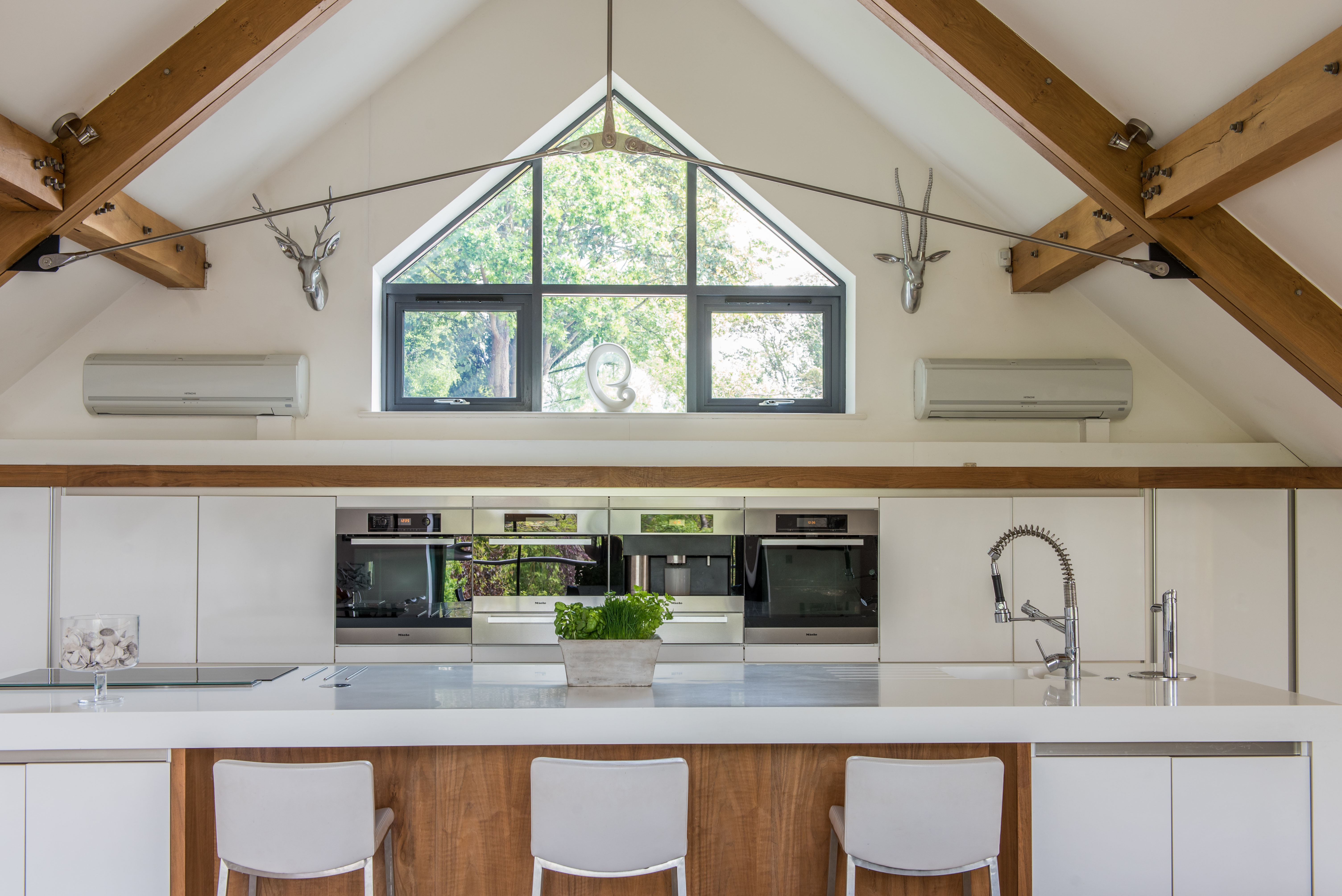 They had fled their homeland where Nazi monster SS General Reinhard Heydrich, a mastermind of 'the final solution', had been installed as ruler of German-occupied Czechoslovakia.

The plot to kill him involved two Czech soldiers who parachuted into Prague in May 1942 before they attacked and killed Heydrich as he was driven to work.

His death led to horrifying Nazi reprisals on locals, with more than 1,300 men, women and children massacred.

Who was SS General Reinhard Heydrich?

Reinhard Heydrich was one of the most feared members of the Nazi elite.

He was a mastermind behind the Holocaust, with even Hitler calling him the 'man with the iron heart'.

Heydrich helped organise Kristallnacht, or the Night of Broken Glass, a massacre against Jews that was carried out on November 9-10, 1938.

The plot to kill him involved two Czech soldiers who parachuted into Prague in May 1942 before they attacked and killed Heydrich as he was driven to work.

His death led to horrifying Nazi reprisals on locals, with more than 1,300 men, women and children massacred. 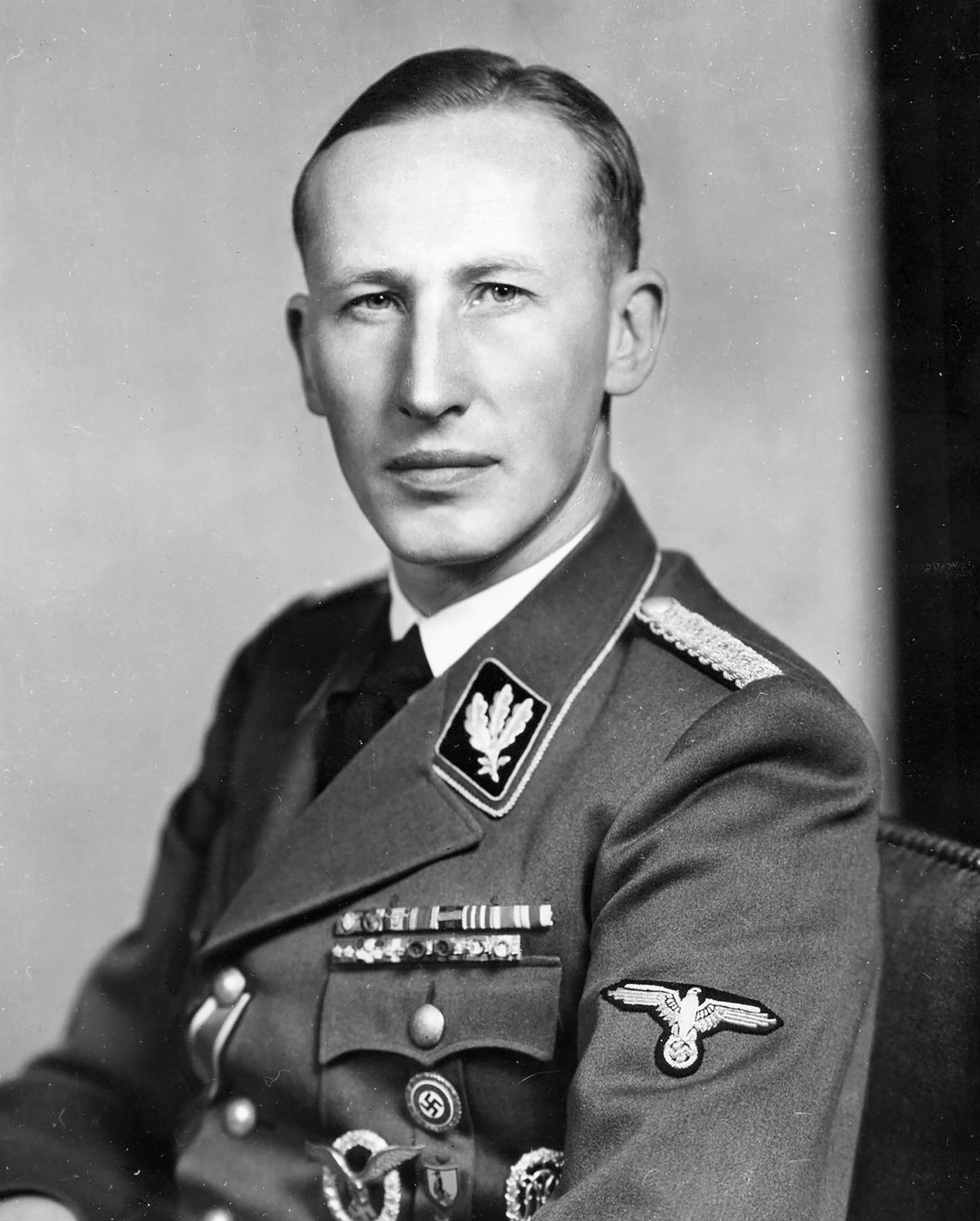 Moreton Paddox Hall, the Edwardian mansion that was requisitioned for the war effort, was demolished in the 1950s.

Eighteen large homes were built on the grounds, with Rooftops being one of the biggest.

It was bought in 2005 by William and Carol Smith who spent 14 months redesigning the five bedroom property.

They made the most of the countryside views by installing large windows throughout and putting the reception rooms on the first floor.

The bedrooms on the ground floor include a luxurious master suite that has a dressing room and walk-in walk-out shower.

It also has landscaped, private gardens which have previously been used for the filming location of CBeebies favourite the Twirlywoos.

Estate agents MrandMrsClarke.com said: "Rooftops is a modern masterpiece of architecture cut dramatically into the landscape, with private gardens that unfold below.

"It is a lovely home and would suit a family with older children as the master bedroom suite is a bit removed from the other bedrooms." 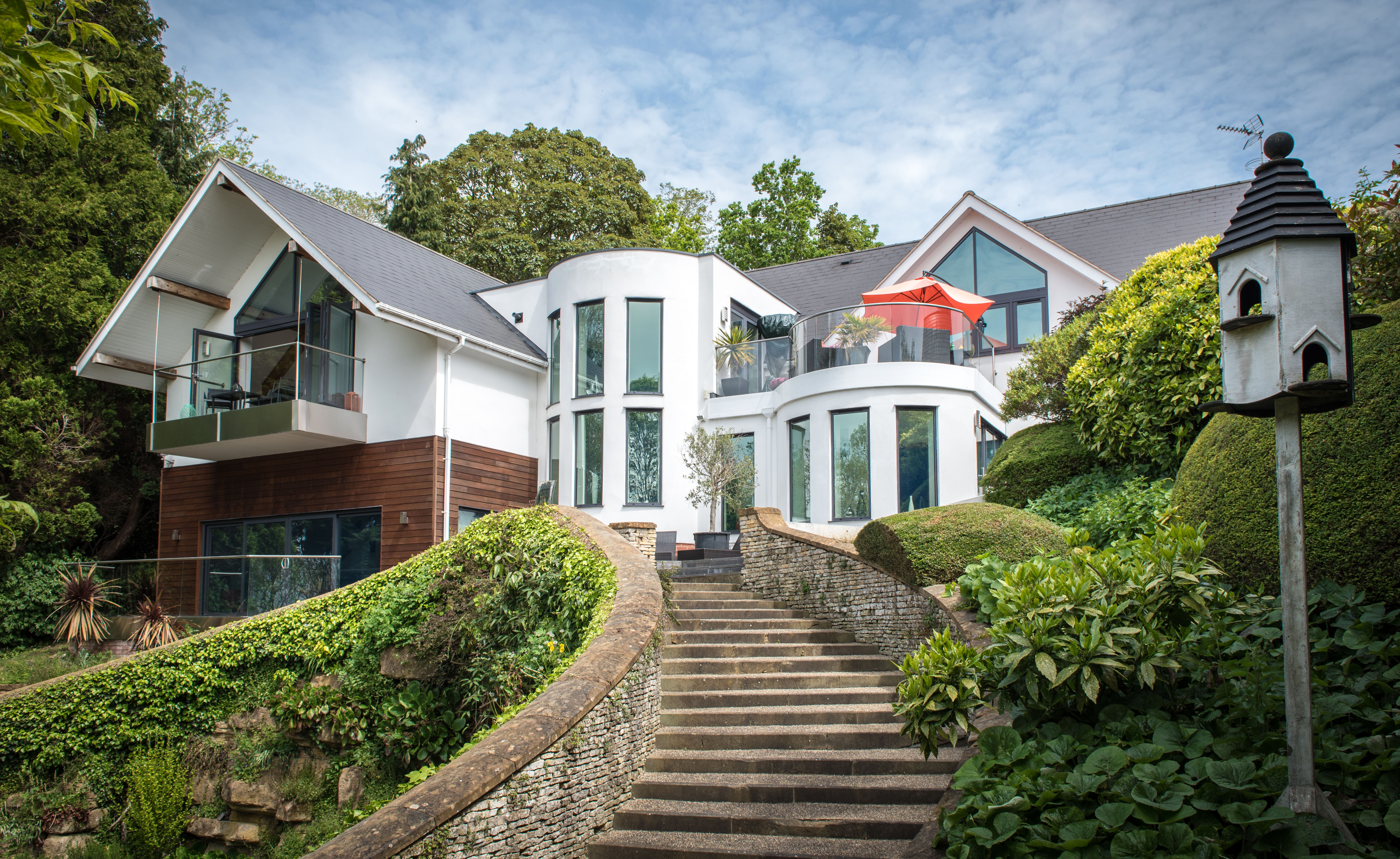 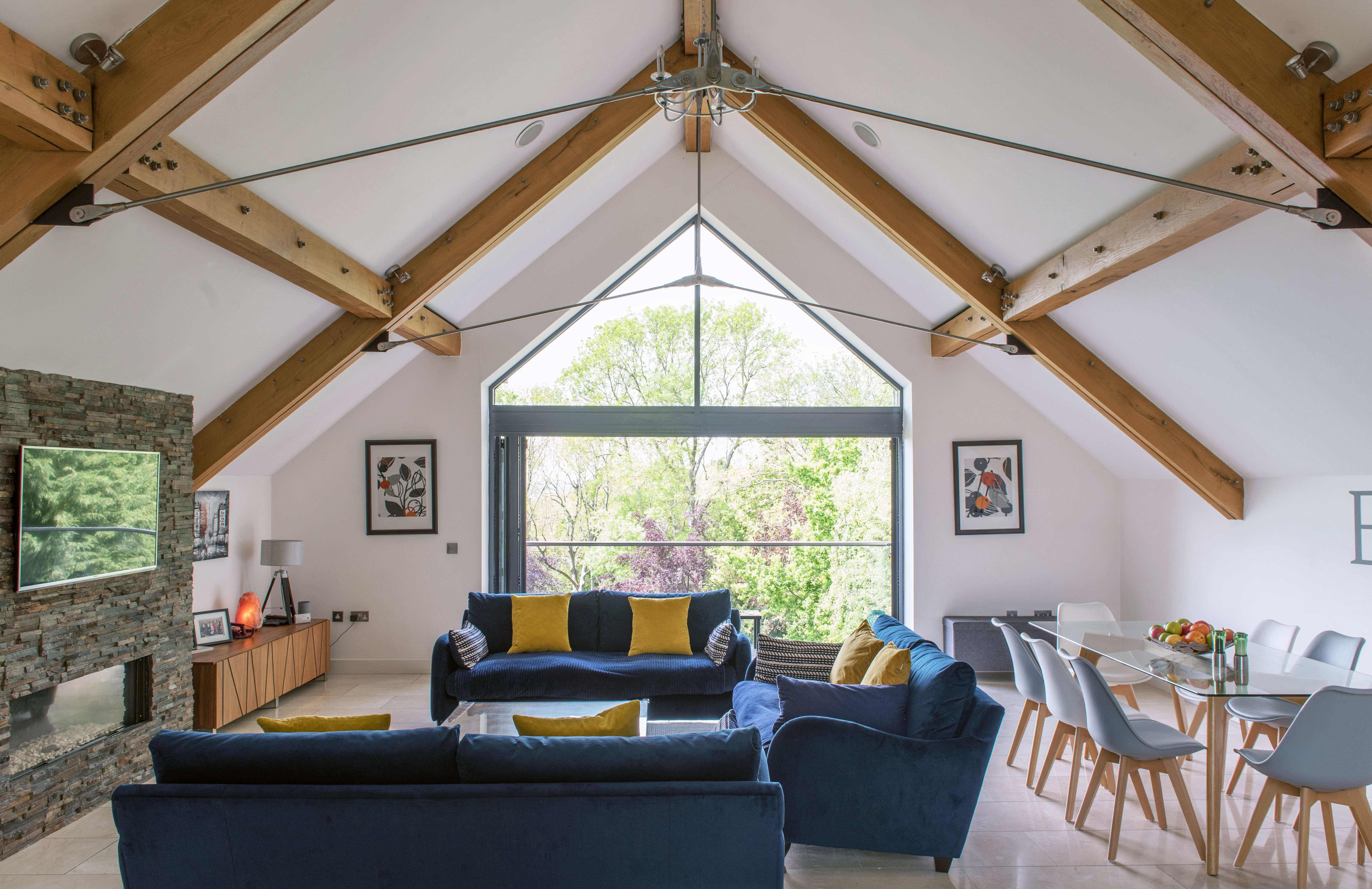 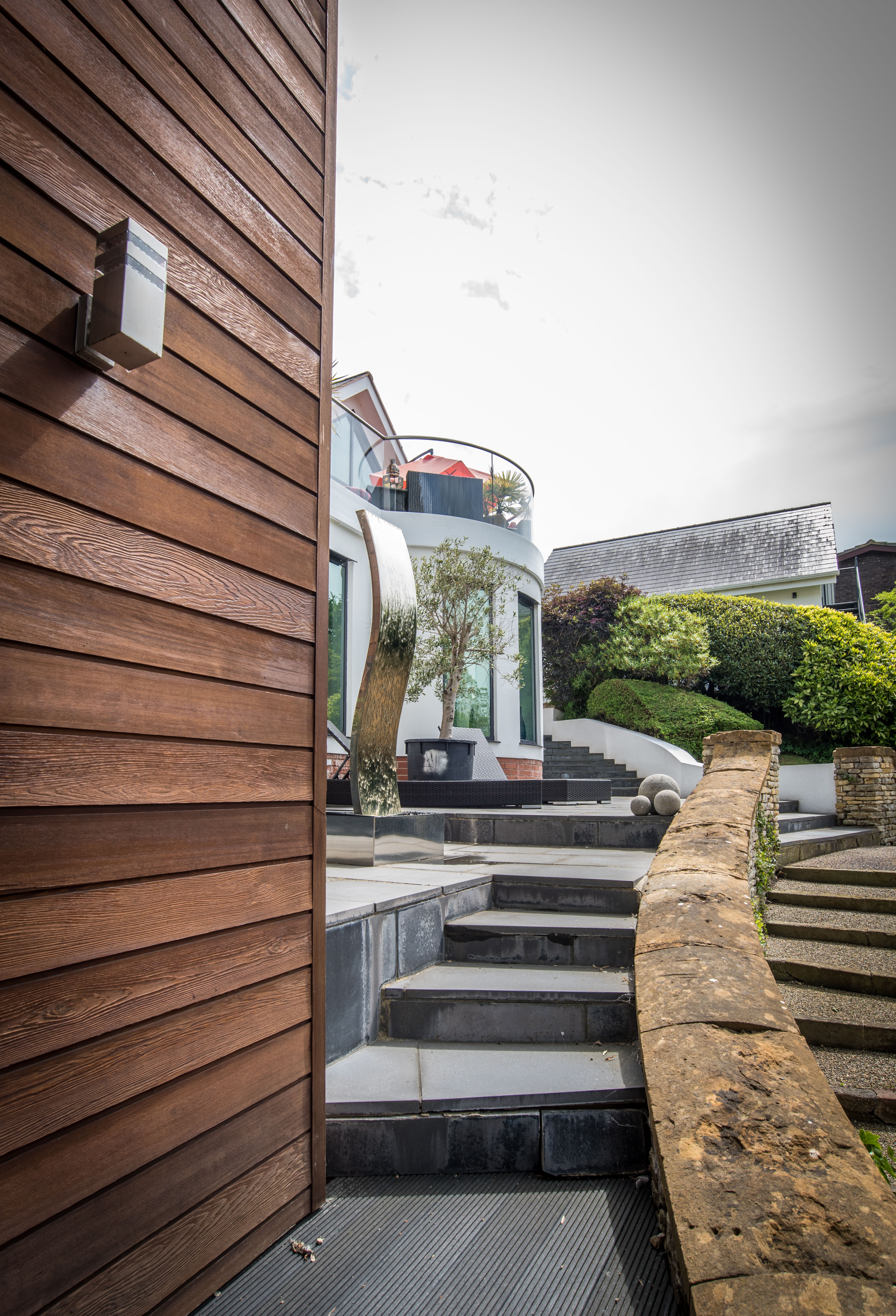 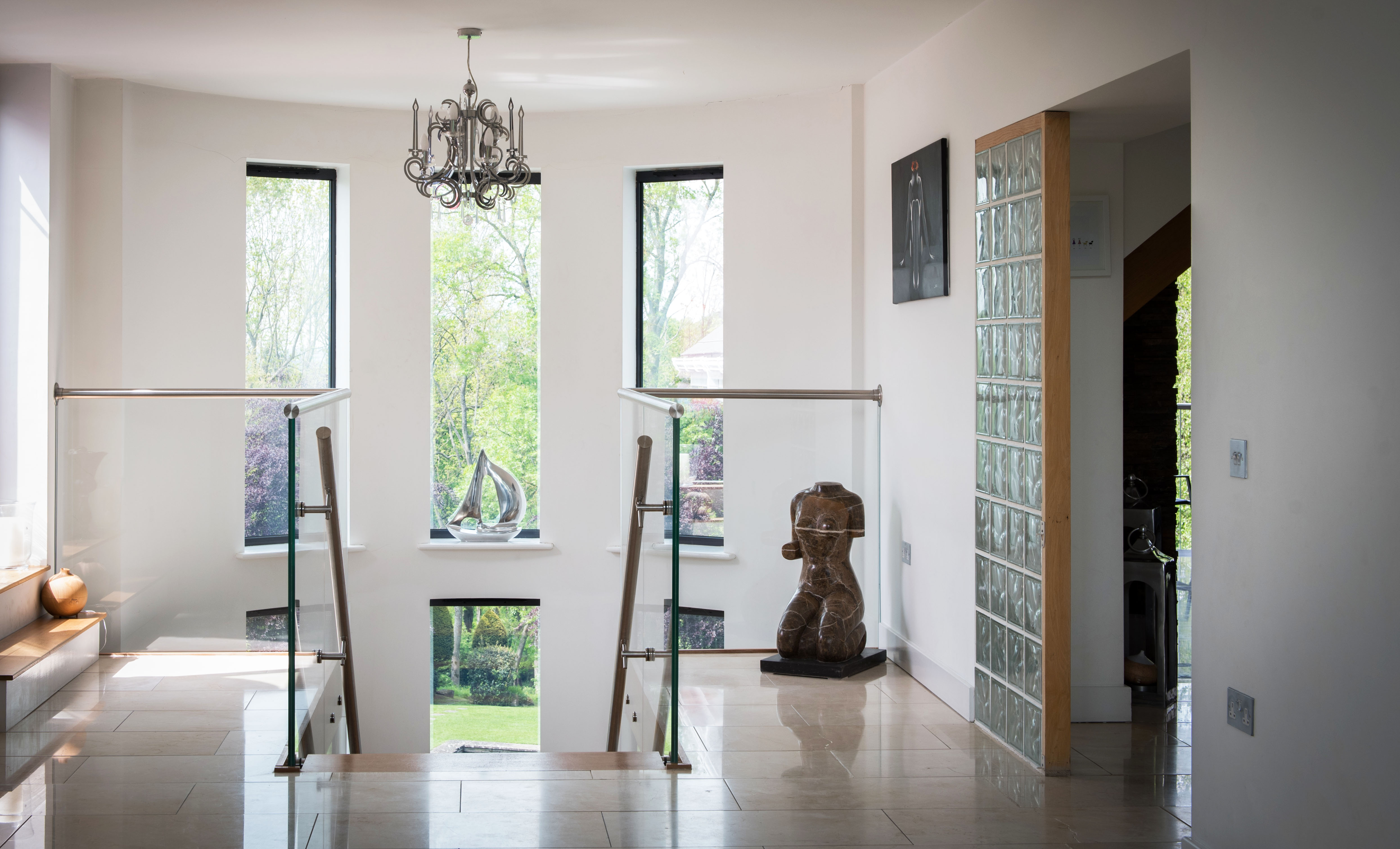 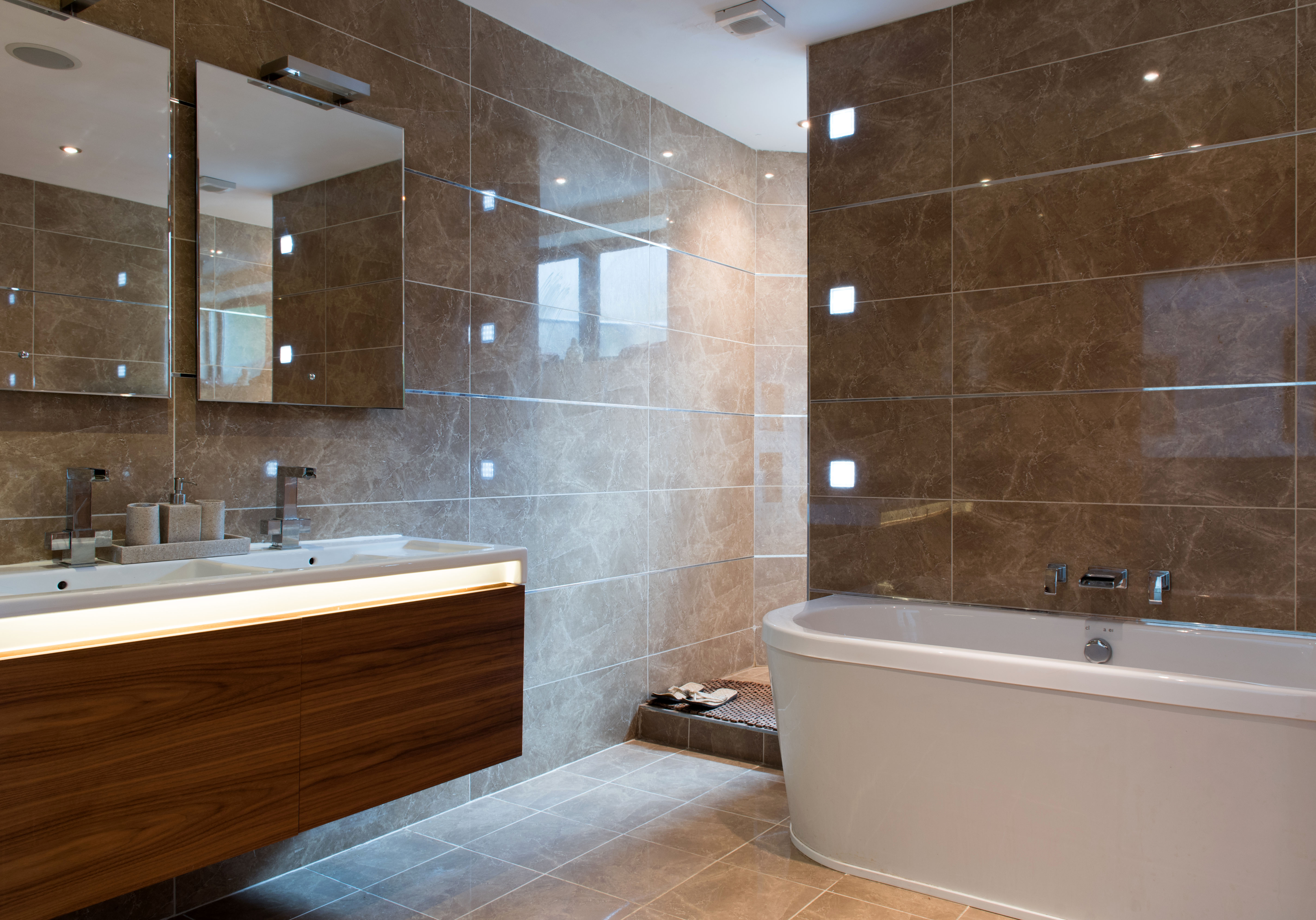